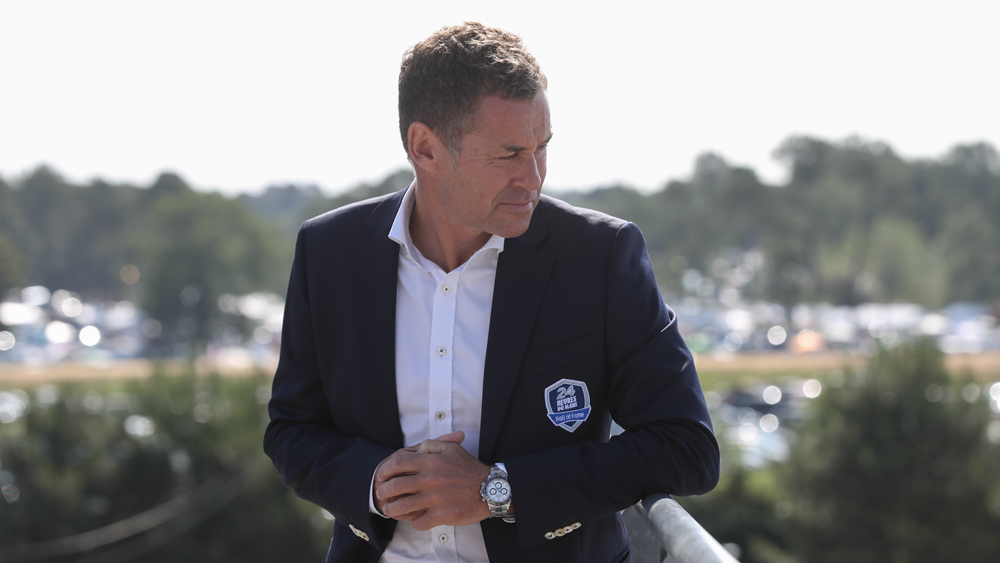 Watches and cars, time and speed. The link is undeniable, but the affinity goes deeper than mere timing. It’s the ability to perform with the highest level of precision over long periods that truly unites horology and motorsport. Perhaps nowhere is this connection more apparent than with the upcoming 24 Hours of Le Mans on June 15 and 16. Each year, winners of the fabled automotive endurance race—contested at France’s Circuit de la Sarthe—receive a commemorative Rolex Oyster Perpetual Cosmograph Daytona. The same self-winding mechanical model—with a tachymetric bezel—is gifted annually, differentiated only by the year’s engraving on the caseback. For Tom Kristensen, who finished first overall a record-setting nine times, those chronographs chronicle his legacy.

“As a young person, I certainly strove for excellence,” says Kristensen. “The Rolex prestige was something I wanted to be associated with.”

The Rolex Oyster Perpetual Cosmograph Daytona given to the race’s victors.  Photo: Courtesy of Rolex SA.

But even this Danish Hall of Famer, who retired in 2014, couldn’t have imagined his fast-track to success. In 1997, his rookie start at the event, he topped the podium with Porsche-driven Joest Racing. He then repeated the feat consecutively from 2000 to 2005. According to Kristensen, the fact that a Rolex wasn’t given during that span didn’t put the brakes on acquiring his initial piece of the company’s wrist candy: “I wanted to celebrate, so I bought a black- dial Daytona and put ‘Winner 2000’ on the back of it myself.”

There was no need to pay out of pocket again. “I won my first Rolex in 2008,” he says. “We were underdogs up against Peugeot, who were five seconds per lap faster in qualifying. But it always rains at Le Mans—it’s just a matter of timing.” Peugeot’s car lost traction 22 hours in, and Audi—and Kristensen—kept the crown.

Tom Kristensen and team celebrating their first-place finish at Le Mans in 2013.  Photo by Michel Spingler/AP/Shutterstock.

Memories from the 2013 competition are perhaps the most bittersweet for him: “I had lost my dad in March, so had a personal mission for that race.” However, just three laps after the start, Aston Martin’s Allan Simonsen hit a barrier at the Tertre Rouge corner and was killed. “Twenty minutes before getting in the car, I was told he had passed away,” remembers Simonsen’s fellow Dane. “I sat at a table and imagined my dad and Allan there and said, ‘Hey guys, what do we do?’ I could see my dad tell me to go and win for Allan.”

And that’s what he did, dedicating the feat to his friend. It was Kristensen’s ninth and final victory at Circuit de la Sarthe, and it came with two more Daytonas—the official one and a second (given months later) in rose gold featuring the number ‘9’ on its face. But he was on pace for a trifecta. “Later, the brand’s dealer in Denmark gave me a Rolex ‘Pepsi’ with ‘2013’ etched in the back. It was from 1967, my birth year,” he mentions, adding: “I was born at my father’s gas station.” Talk about timing.