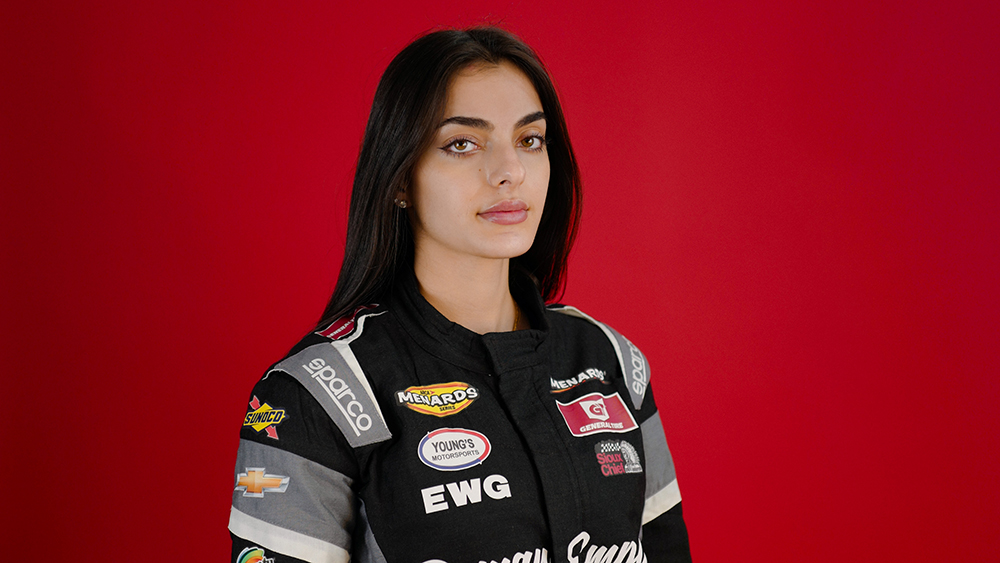 It was a helluva weekend for women in sport. Sarah Thomas became the first woman to officiate the Super Bowl and Toni Breidinger signed with Young’s Motorsports to become NASCAR’s first Arab-American female driver.

Breidinger, a native of Hillsborough, Calif., has already proved she’s a force to be reckoned with on the track. In fact, the 21-year-old is the top female driver in USAC racing history with some 19 victories. Now, she’s switching gears and swapping dirt for asphalt to compete in both the ARCA Menards Series and the NASCAR Camping World Truck Series this year.

Breidinger will make her debut at Daytona International Speedway on February 13 at which point she will become the first-ever Arab-American female driver to participate in any NASCAR national series.

“It’s always cool being first, but I hope I am not the last one,” Breidinger told Robb Report over email.

The young racer knows that Daytona is going to be the biggest test of her career. “It’s going to be a competitive race, but I know that the Young’s Motorsports team will prepare me a fast race car and we can contend for a top-10 finish,” she said in a statement. “That is our goal.”

“She is not only motivated but determined to make her season a successful one,” Young’s Motorsports team principal Tyler Young said in a press release. “We know that she can go to Daytona next week and be competitive and contend to become the first ARCA Menards Series national series female winner.”

To be sure, a victory next week would be another notch on Breidinger’s ever-expanding belt. In addition to her burgeoning racing career, she has amassed a sizable social media following and modeled for a handful of big-name brands, including Kim Kardashian’s SKIMS, Head and Shoulders, Sunny D, Tory Burch and more.

For 2021, Breidinger will be behind the wheel of No. 02 Young’s Motorsports Chevrolet ARCA car and the No. 82 Chevrolet Silverado NASCAR Camping World Truck Series truck. While Daytona is her only race scheduled so far, a full calendar will be released shortly. More power to you, sister.