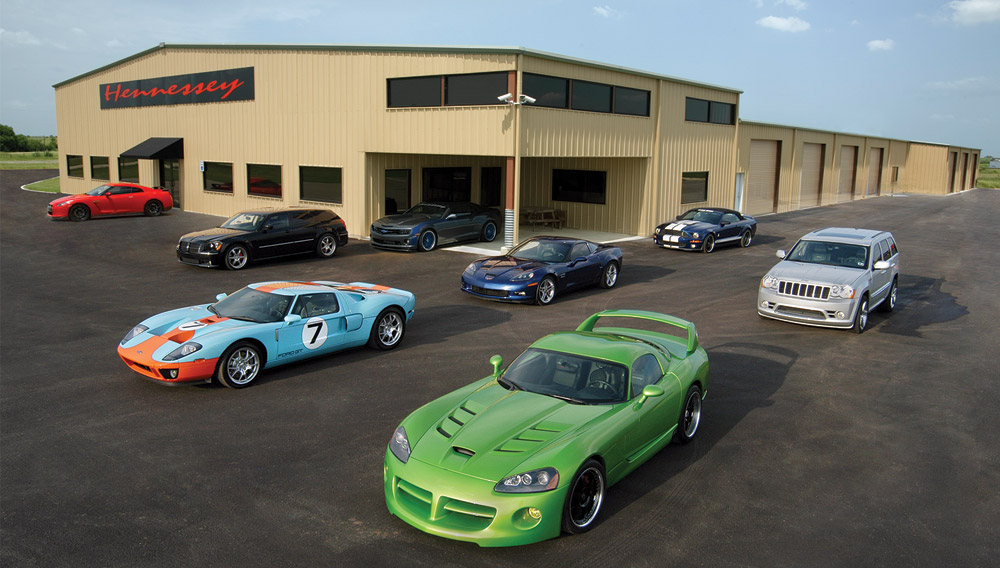 On February 14, a Venom GT supercar by Hennessey Performance (www.hennesseyperformance.com) reached a speed of 270.49 mph at the Kennedy Space Center in Florida and became the world’s fastest two-seat production sports car—a distinction that once belonged to Bugatti and Swedish hypercar manufacturer Koenigsegg. The feat also made Hennessey arguably the world’s top tuning shop: For $1.2 million, speed lovers can purchase one of the 29 1,244 hp Venom GTs Hennessey is producing.  Founder and president John Hennessey and his team of mechanics and designers, in both the United States and England, built the supercar from a Lotus Exige base and a Venom 1,000 twin-turbo engine.

Hennessey is based about 45 minutes west of Houston, with a 37,000-square-foot facility that includes a welding and metal shop, chassis dynamometers, and access to the Lonestar Motorsports Park drag strip and track. A smaller shop is located in Lake Forest, Calif.