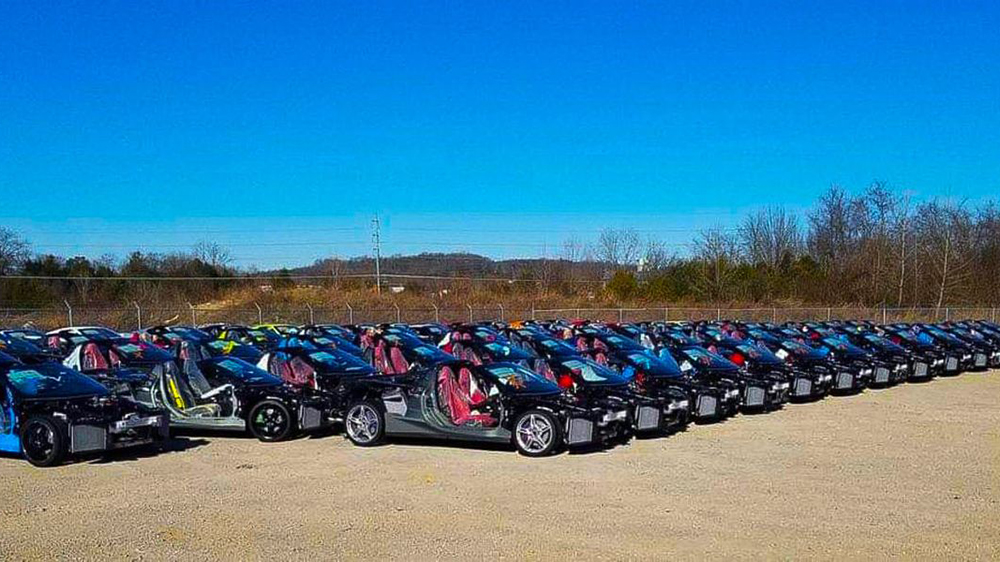 Dozens of Chevrolet C8 Corvettes may have survived a tornado last month, but that doesn’t mean they’re out of danger.

In fact, about 120 examples of the iconic sports car are now scheduled to be demolished, according to Jalopnik. The vehicles, which were damaged when a catastrophic tornado hit Kentucky and five other states last month, will reportedly be scrapped to ensure no defective cars end up on the road.

The cars were damaged when a massive tornado struck the General Motors’s plant where the C8 Corvette is built in Bowling Green, Kentucky. Although the toll of the deadly tornado was worse in other areas, the factory suffered major damage, including its roof and employee entrance catching on fire. Fortunately, none of the workers at the plant were hurt, but production was temporarily halted so that the damage could be dealt with, a process that has continues into this year.

The damage also extended to a number of completed vehicles that were ready to be shipped, including the C8 Corvettes that are headed for the crusher. Although footage of the banged-up cars shows varying degrees of harm, you’d think at least some of them could be salvageable. While that may or may not be the case, they will be destroyed to ensure the safety of Chevy’s customers. That means that some customers who were just about to get the mid-engine ‘Vette have to wait even longer to get their hands on the vehicle.

“All customer vehicles coming off of the line after the downtime caused by December’s storm meet the high level of quality our customers expect,” a representative for Chevy told Robb Report on Thursday. “Vehicles and vehicle parts in the plant that were damaged by the storm are being scrapped and will not be used in production.

“If a customer’s order was impacted by the storm, the customer will be contacted by their dealer and their order will be prioritized and re-sequenced back into production, with an expected production date as quickly as possible.”

This is yet another production issue for the C8 Corvette, though. Initial production was delayed by the UAW strike in the fall of 2019, then Covid-19 brought the world to a stop in March 2020, causing more delays and forcing GM to cut production of the 2020 model drastically. This past year wasn’t much better, with supply chain issues causing at least three separate stoppages.