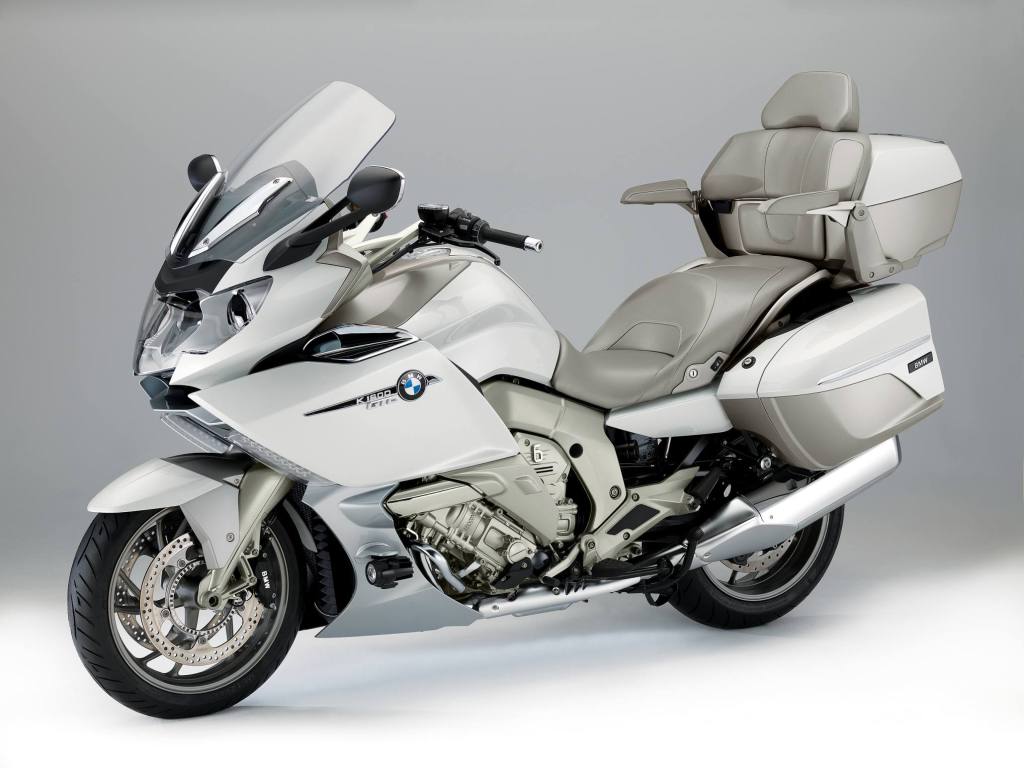 A recent test-ride of the 2014 K 1600 GTL Exclusive, BMW’s top-of-the-line tourer, began in Santa Monica, Calif., and ended in Carmel, Calif., at the annual Quail Motorcycle Gathering, a concours d’elegance and rally for vintage and contemporary bikes. (The Best of Show award went to a 1932 Vincent HRD Python Sport, and a 2014 Triumph Scrambler by British Customs won the Industry Award.) The contrasts between the old and new machines reflected the evolution of the motorcycle, which was a theme of this year’s Quail gathering. Though it was not on exhibit, the K 1600 GTL Exclusive may have been the most highly evolved motorcycle at the event.

The state-of-the-art ride-by-wire throttle and the hydraulic clutch make the Exclusive easy to operate. The Dynamic Traction Control, Electronic Suspension Adjustment, Motorrad Integral ABS, trio of engine modes (road, rain, and dynamic), and duolever and paralever suspension systems provide superior handling and safety in virtually any riding situation. The instrument panel is backlit, which improves its visibility, and the Hill Start Control feature, which is activated by depressing the front brake lever when the bike is stopped on a hill, makes it a breeze to pull away on an incline.

Though the Exclusive weighs 793 pounds (wet and unladen), it carries its weight low to the ground, allowing for plenty of lean angle. As was evident during the 80 miles of twists and turns along the Big Sur coastline on the way to Carmel, the Exclusive is a touring machine that can ride like a sport bike.

The 6-cylinder engine is equally suited to freeways or tight, winding roads. A 1,649 cc powerplant, it produces 160 hp at 7,750 rpm and delivers 129 ft lbs of torque at 5,250 rpm. About 70 percent of that torque is available at just 1,500 rpm, which is a welcome attribute when the bike is fully loaded with luggage and a passenger. The bike achieves an estimated average of 42.8 mpg and has a 7-gallon fuel tank, giving it nearly enough range to cover the 320-mile route from Santa Monica to Carmel on a single tank of gas.

The 1600 GTL Exclusive is designed for two-up riding. Compared with previous variants of the bike, the passenger seat is wider and longer, and it features armrests and a heated backrest. Removable liners for the panniers and the top case are convenient for packing and unpacking luggage.

The Exclusive, which has a base price of just under $30,000, comes standard with a host of trimmings: auxiliary LED running lamps, adaptive xenon headlights that automatically cast their beams in the direction of curves in the road, a tire-pressure monitor, and BMW’s new Keyless Ride system, through which the ignition, steering lock, fuel-filler flap, and central locking are controlled by a transponder built into the key. BMW has also replaced the traditional rod antenna with a film unit that is embedded in the top case.

The bike’s bodywork is finished in high-gloss metallic white and magnesium metallic matte, which is complemented by various chrome-finished components and silver upholstery. The combination of colors contributes to an elegant look that enables the Exclusive to stand out, even among the bikes at the Quail gathering.  —jeff buchanan