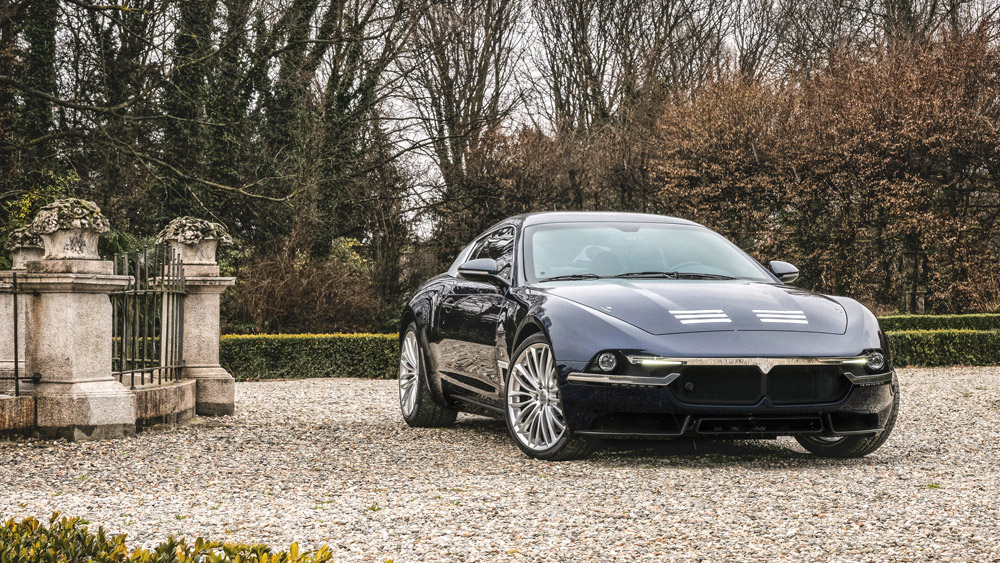 Nearly a century ago, the best automobiles were bespoke builds, elegant machines with unique lightweight bodies conjured by masters of metalwork. Italy’s Carrozzeria Touring Superleggera long reigned among the giants of that art, and the nearly 100-year-old company is still creating vehicles for the world’s true individualists. Enter the Sciàdipersia, a custom-bodied four-seater that is available now for the US market in either coupe or cabriolet form for the 15 buyers who sign up to work with the atelier.

While details from the company itself are sparse, photos and a bit of historical digging reveal that the Sciàdipersia—Italian for Shah of Persia—is based on a Maserati GranTurismo, with its long nose and growling V-8. This new creation from Touring harks back to the 1950s, when the Shah of Iran, Mohammad Reza Pahlavi, commissioned three custom-built Maserati 5000GTs from Touring.

The Sciàdipersia’s donor car survives largely in its mechanicals, which includes that 460 hp normally aspirated engine and a six-speed automatic transmission for leisurely GT cruising. But true to form, the body is all Touring Superleggera artistry, with not a GranTurismo curve in sight. Most panels are carbon fiber, adding lightness and a bit of extra get-up-and-go to the former Maserati.

The power train for the coupe and cabriolet includes a 460 hp normally aspirated engine and a six-speed automatic transmission.  Photo: Courtesy of Touring Superlegerra.

The coupe in particular brims with tasteful bling, including slashes of chrome and matte metal on the hood, front and rear bumper and roof. Inside both coupe and cab, Alcantara and leather rule for both front and rear seats. Custom touches include “Sciàdipersia” stitching in the headrests, and door sills that read “Designed and Coach Built in Milan.”

Most body panels are made of carbon fiber.  Photo: Courtesy of Touring Superlegerra.

Of course, all around the car—most notably on the truck deck lid—are those elegant winged Touring logos, the same ones that have adorned famous automobiles such as James Bond’s iconic Aston Martin DB5 and Ferrari’s 166MM. And that’s really the whole point of this car. It is a welcome throwback to a time when those with the wherewithal to order to top-flight automobile did so in the same way that one might purchase a suit on Saville Row.

The interior is draped in Alcantara and leather.  Photo: Courtesy of Touring Superlegerra.

In 2020, there are increasingly few opportunities to truly stand out in the automotive crowd, but a call to Touring Superleggera can take care of that. The only thing you’ll have to contend with in return are constant queries about the vehicle parked in your driveway. A small price for glorious individualism.