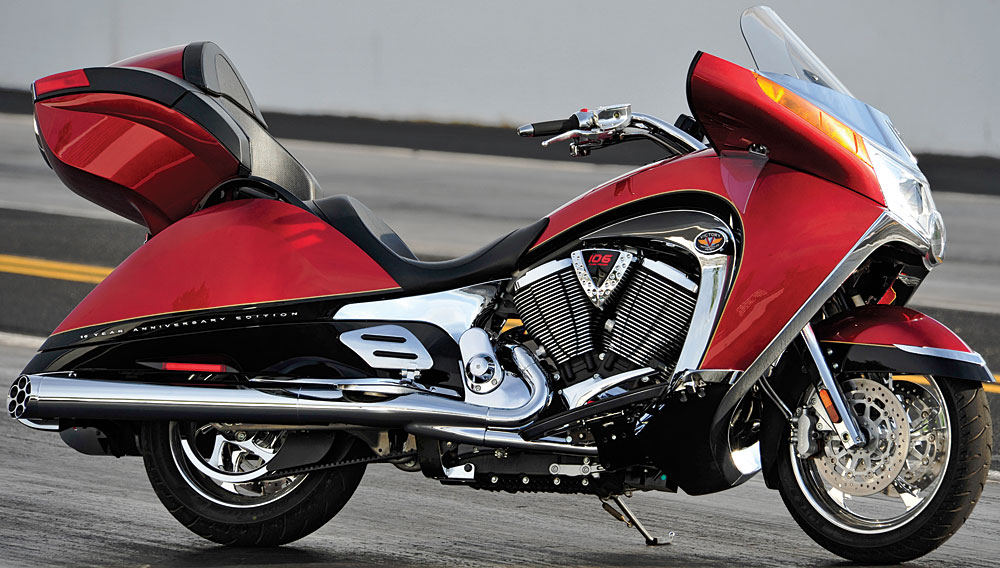 To mark its 10th anniversary this year, Minnesota-based Victory gave a handful of its Vision Tour bikes a makeover that includes chrome trimmings and billet wheels. The company also added a Garmin GPS system, an XM radio, a CB radio, and an intercom. Victory is limiting production of the anniversary model to 100 examples, priced at about $29,000.

Given the Vision Tour’s length of nearly 9 feet and its dry weight of about 900 pounds, you might expect the bike to be a bit ungainly. But its 1,731 cc overhead-cam motor—with four valves per cylinder and dual throttle bodies—gives the bike plenty of power and agility. The 6-speed overdrive transmission enables the bike to amble casually along open roads, even at beyond-legal speeds.

The Vision’s saddlebags are less spacious than they appear, but the trunk is cavernous; all told, the bike has a carrying capacity of 4 cubic feet.