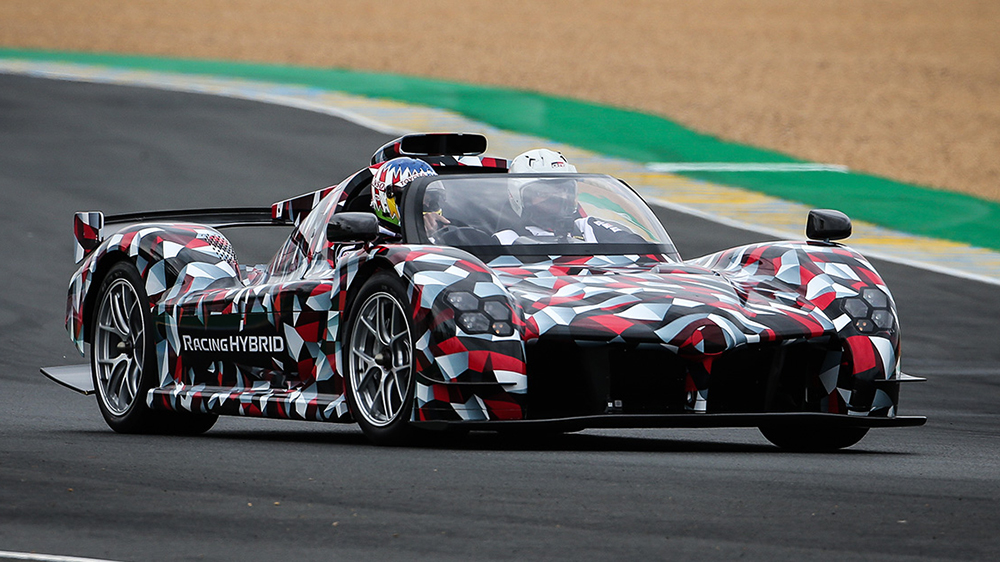 If you tuned in to watch the 88th installment of the 24 Hours of Le Mans this past weekend you may have caught a glimpse of a brand-new supercar taking a turn around the legendary racecourse. But this high-tech speedster wasn’t built by the likes of Ferrari, Porsche or McLaren—it was built by Toyota.

“It was an honor to drive this development version of the GR Super Sport for the first time in public, and especially at a circuit like Le Mans which is so closely connected to this car,” Wurtz said in a statement afterward. “The GR Super Sport was born at Le Mans so this felt like a homecoming.”

Toyota may not be the first name that leaps to mind when you think of supercars, but the automaker’s racing team, Toyota Gazoo Racing, has been a force in the World Endurance Championship over the last decade and needs a new ultra-powerful hybrid to continue competing. That’s because regulators have decided to move on from the current Le Mans Prototype class to the new Le Mans Hypercar class, according to CNET Roadshow. And as part of that switch, the automaker has to make at least 25 examples of the new car available for purchase by the public.

Although it was covered in camo, Saturday’s lap offered the best look at the GR Super Sport yet. While it’s hard to make out its exact shape for obvious reasons, the low-set speedster that was shown off was a convertible roadster. Toyota has yet to reveal any technical specs, but class regulations require an electrified powertrain and limit power to 670 horsepower and weight to 2,270 pounds. When it was first unveiled as a concept back in 2019, the vehicle featured a twin-turbocharged 2.4-liter V6 engine capable of producing 986 horses.

When the GR Super Sport makes its competition debut next season, it’ll have some pretty big tires to fill. The Toyota Gazoo Racing’s current car, the TS050 Hybrid, won Le Mans for a third consecutive year on Sunday.