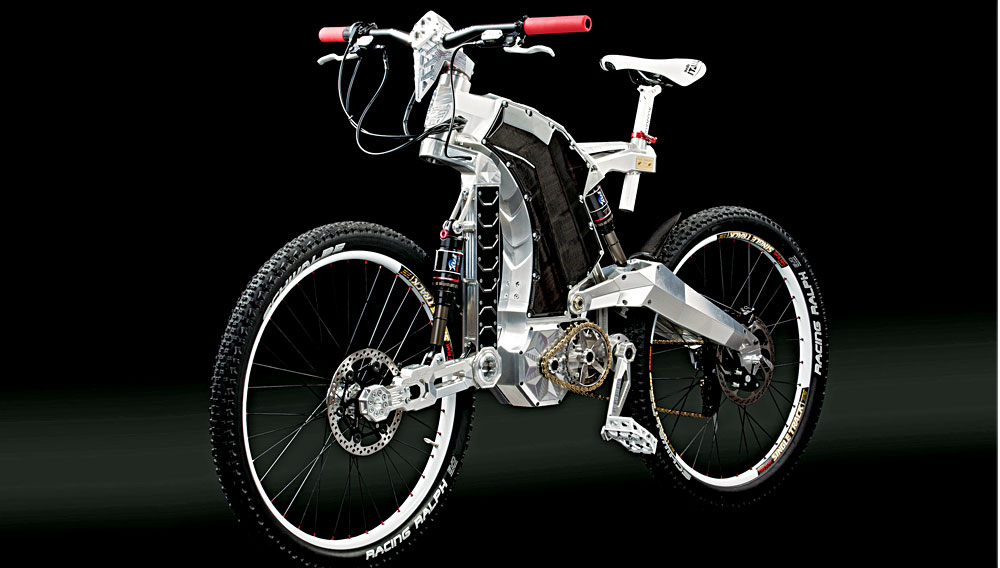 Though hybrid-electric bicycles have become popular in urban centers around the world, their weight makes them less than ideal for off-roading. The forthcoming M55 Terminus, however, promises to blaze new trails with its range of electric motors that are powerful enough to counteract the bike’s weight.

Built by Hungarian manufacturer Pedelec Kft. under the M55 Bike brand, the Terminus weighs from 55 to 72 pounds, depending on the chosen engine; the most potent option produces an impressive 1,500 watts of power. The lithium-battery-powered motors efficiently supplement power derived from pedaling through a system of sensors that activate the engine when a rider is in need of a torque boost.

Through a combination of pedaling and electric power, the Terminus can hit speeds as fast as 40 mph. Fortunately for those who travel at such velocities, the Terminus—which starts at $36,000 and will begin shipping in August—is the world’s only bicycle equipped with Brembo brakes.