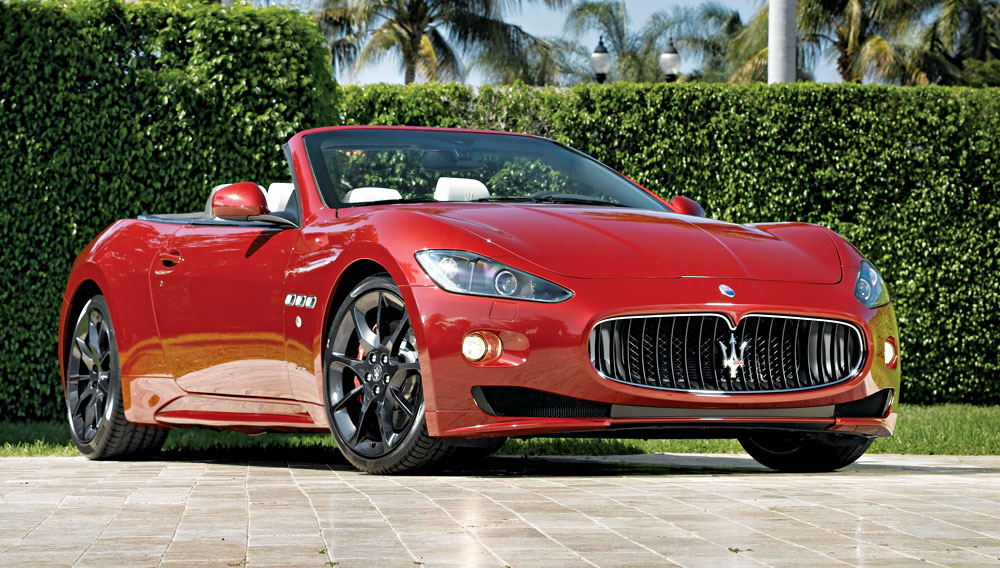 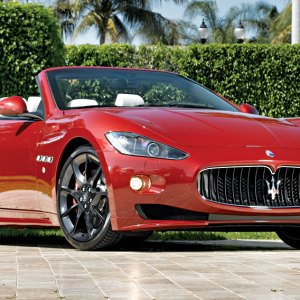 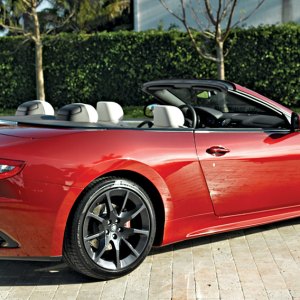 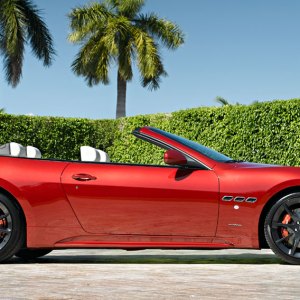 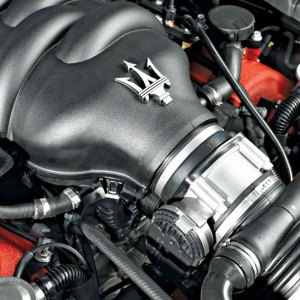 like a sun worshipper who has shaped up for the beach season, Maserati’s already seductive drop-top is sporting more muscle and a leaner look for the summer. The new Maserati GranTurismo Convertible Sport—known as the GranCabrio Sport beyond the borders of North America and expected to arrive in U.S. showrooms in August—is equipped with a 444 hp version of the Ferrari-sourced 4.7-liter V-8 engine found in the standard GT Convertible. With the new engine, the Sport’s horsepower production has increased by 11 over that of its stablemate. But even with this extra power, the new version still burns fuel up to 6 percent more efficiently than does the base model.

Upgraded brakes keep the additional horses in check, and recalibrated, magnetically controlled shocks provide a firmer, more taut ride. As with the standard version’s, the Sport’s transmission is a 6-speed automatic, and the top can be raised or lowered in less than 30 seconds.

To distinguish the Sport visually, Maserati tweaked the exterior, adding an all-black grille to the marque’s signature snout and red accents around the trademark trident logo. The company’s designers also reshaped the front splitter and side rocker panels to give the Sport a look that is more aggressive than that of the standard model.

At press time, Maserati had yet to announce the car’s price, but it will be greater than the $139,700 cost of the base model.