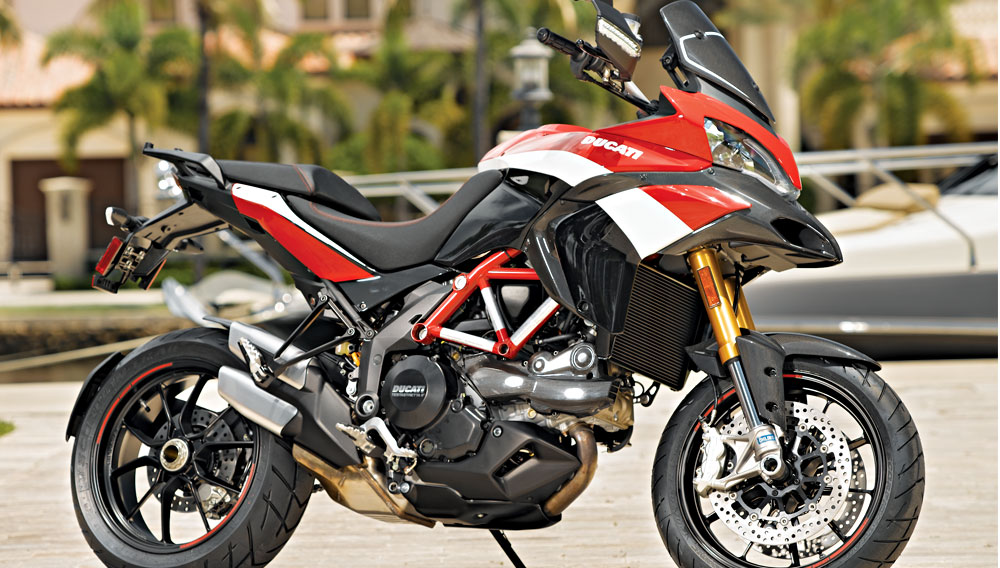 Like the standard Multistrada 1200 S—multi strada is Italian for “many roads,” a reference to the bike’s being suited to both track and off-road riding—the Pikes Peak version features a superbike-sourced engine and electronic suspension and traction control systems. But Ducati added a few visual nods to Tracy’s race-winning bike, including a black anodized engine guard and red pinstriped wheels and footpeg hangers. Ducati also gave the Pikes Peak bike a low-rising carbon-fiber windscreen and a carbon-fiber front mudguard, and accented the seat with red stitching.

Ducati’s Pikes Peak Multistrada is priced at about $22,000, and at press time it was slated for delivery in June—the same month Tracy was scheduled to defend his title at this year’s Race to the Clouds.