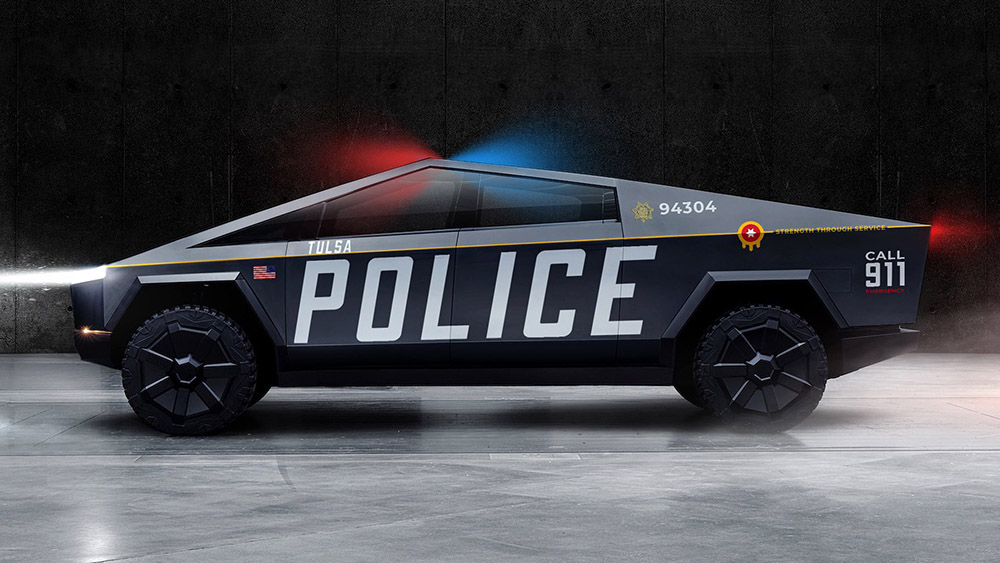 Cyber cops could soon be a reality in Green Country—sort of.

That’s because the mayor of Tulsa, Okla., wants to buy a fleet of Cybertrucks for his police department if Tesla chooses the city as the location for its next Gigafactory.

Days after it was reported that Tulsa is a finalist for the automaker’s third US factory, Mayor G.T. Barnum decided to go on the offensive. Taking to Twitter, the politician posted a rendering of the eagerly anticipated electric pickup done up like one of the city’s police department police cars. Bynum suggested in the tweet that if Tesla would invest in Tulsa, the city would do the same.

“If @Tesla and #Tulsa team up to change the world, it would only be right to #BuyLocal,” he tweeted. He also tagged the company’s Twitter-obsessed CEO, Elon Musk.

Late last week, the Associated Press reported that Tesla had narrowed down the field for its latest plant to two finalists—Tusla and Austin, Texas. The news service added that officials from the automaker had even visited two possible sites in Tulsa that week. In March, Musk revealed that the company was scouting locations in the “central USA” for a factory where the upcoming Cybertruck would be built.

Shortly after the report, Bynum released a statement in which he said he saw a lot of similarities between Tulsa and Tesla. The mayor also suggested that Tesla would be unlikely to face any pushback in his city, unlike that which the company has faced in California during the coronavirus outbreak. Musk has spent much of the last two month’s loudly complaining on Twitter about Alameda County’s lockdown orders which forced production at its Fremont factory to be halted for nearly two months.

“While I can not comment on potential projects, it is clear that Tesla and Tulsa were forged in the same spirit,” the mayor wrote. “Both founded by pioneers who dreamt big and made it happen. Both trying to change the world with a new kind of energy. Both investing big in what matters most: people. Tulsa is a city that doesn’t stifle entrepreneurs—we revere them. And as Tesla continues to rapidly change transportation all around the world, I can’t imagine a better place for them to further that important work than Green Country.”

While Bynum appears to be doing all he can to close the deal with Tesla, it remains to be seen whether his overtures will have any impact on the final decision. Last week, shortly after it was revealed that the automaker had sued Alameda County, Musk threatened to move his company out of California and relocate to “Texas/Nevada.” Shockingly, Austin’s mayor didn’t even need to promise to buy a fleet of Cybertrucks.