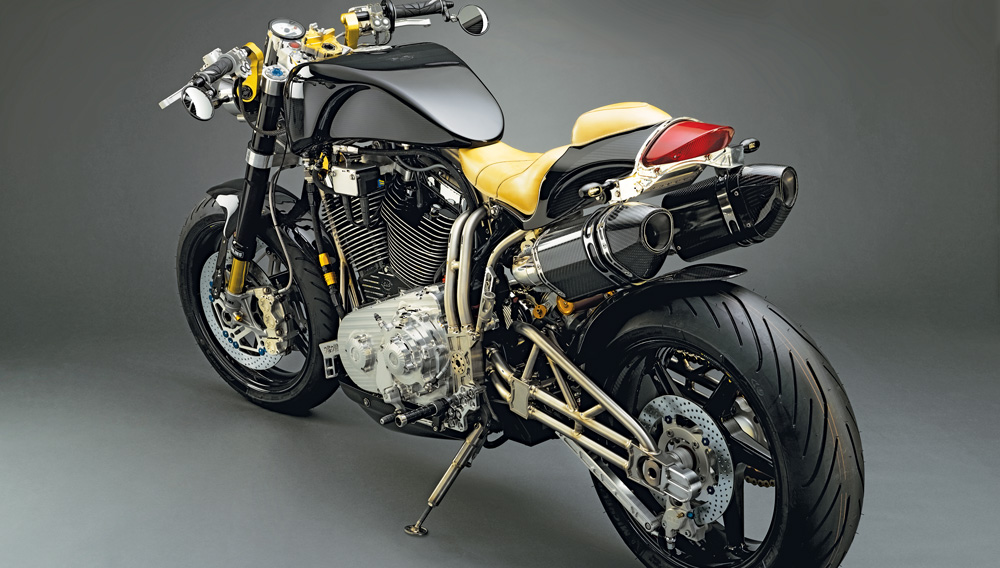 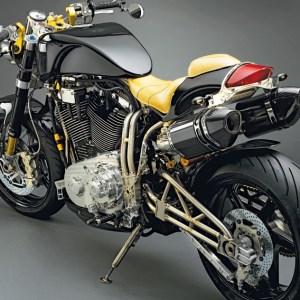 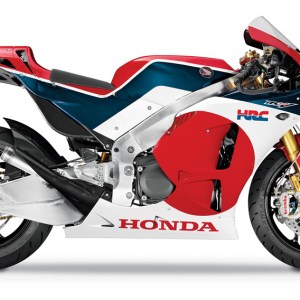 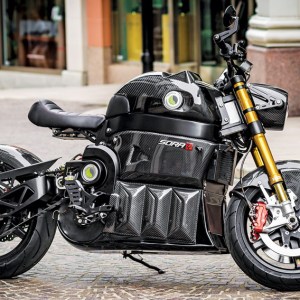 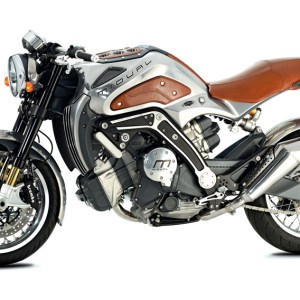 When designers and builders are unconstrained by convention, they produce motorcycles that set new benchmarks for style and performance.

The motorcycles in this selection come from different parts of the world, belong to a variety of classes, and vary widely in appearance—from each other and from virtually every other model. Indeed, each is sufficiently rare and unusual looking to serve as a statement from and about the rider. Outrageous designs and advanced materials distinguish these bikes, but so do unsparing attention to detail and groundbreaking engineering. They reflect what is possible when boundaries are pushed and limitations are lifted.

Though the spec sheet lists numbers that are as extraordinary as the bike’s $200,000 price—175 hp and 160 ft lbs of torque propelling a machine that weighs only 455 pounds—the most impressive aspect of the Ecosse Moto Works Founder’s Edition Titanium (ecossemoto.com) may be the labor-intensive details that distinguish it from every other motorcycle. These include the beautifully finished clear-coated carbon-fiber fenders, fuel tank, tail section, and wheels. Then there are the frame sections, which are made of titanium and require more than 2,000 hours of labor to fabricate.

The bike’s engine is a 2,100 cc S&S Cycle V-twin that the master engine builder Derek Churchwell has balanced for smoother operation and optimal output. The FE Ti combines the ergonomics of a cruiser with the performance of a superbike, merging the most extreme characteristics of two seemingly disparate classes into a cohesive package.

Ecosse’s price for the bike is far less than that of the Colorado-based company’s supercharged, 225 hp FE Ti XX. At $300,000, the FE Ti XX is considered the world’s most expensive motorcycle.

When the MotoGP racing phenom Marc Marquez introduced the Honda RC213V-S (powersports.honda.com) last November in Italy at the EICMA motorcycle show, Honda coyly called the bike an “important prototype.” Since then, this radical design has been all but confirmed as a future limited-edition production model, and that is a tantalizing prospect for riders seeking ultimate speed and handling in a street bike.

Unlike mass-manufactured superbikes, which feature trickle-down components from race bikes, the RC213V-S is essentially a MotoGP race bike with a license plate. It is rumored to have a V-4 power plant with an engine bore and stroke identical to those of its race counterpart, the RC213V. It features carbon-fiber structural sections and high-spec suspension components. Tucked into the nose are small, street-ready headlights, which some suspect can be easily removed for track days.

Honda has not yet released any performance specs. Estimates put the bike’s price at $170,000.

Designed and engineered by the French inventor and motorcycle en­thusiast Olivier Midy, the Midual Type 1 (midual.com) is a study in exquisite details that include delicately finished tank-mounted gauges and saddle-stitched leather covering the knee grips, handgrips, and seat. The Type 1 was officially unveiled last August at the Pebble Beach Concours d’Elegance. There it was the first motorcycle ever displayed on the Concept Lawn, a showcase usually reserved for the most notable automotive prototypes and new production models.

The bike is built around a frame cast from a single piece of aluminum that also serves as the fuel tank. The 1,036 cc flat-twin engine, which was developed entirely in-house, produces 106 hp at 8,000 rpm. The power plant is tilted 25 degrees ­forward, which allows for a shorter wheelbase and the positioning of the proprietary 6-speed transmission beneath the rear cylinder.

Midual will produce 35 examples for the European market next year and plans to launch the bike in the United States in 2017. The Type 1 is expected to be priced at $175,000.

The sculpted carbon-fiber bodywork of the Canadian-built Sora Sig­nature Series by Lito (soraelectric superbike.com) gives the motorcycle a look that is as muscular as that of any other six-figure superbike. And its performance capabilities are commensurate with its appearance: The Signature Series, which is priced at $104,000, can reach 60 mph from a standstill in 4.2 seconds and achieve a top speed of 118 mph. But it is powered by electricity, not gasoline.

The Signature Series features a Safe Range System that should quell a rider’s range anxiety—the fear of the battery dying before the destination is reached—which often accompanies electric vehicles. Riders can input their destination into a touchscreen GPS, and the bike automatically sets the maximum speed and power usage needed to arrive at the given location.

The bike delivers average ranges of 60 to 90 miles on the highway and 120 in the city, and the 12 kWh lithium-polymer battery that powers the three-phase AC induction electric motor can be recharged in as little as 3.5 hours. The Signature Series also features an electronically adjustable seat that enables the rider to sit in an upright or a sporty position.

Introduced last year as a concept that could become a roughly $45,000 production model, the Lauge Jen­sen Viking (laugejensen.dk) was created by the Danish automotive designer Henrik Fisker, who is also responsible for the Fisker Karma and was the design chief for BMW and Aston Martin. The Lauge Jen­sen brand, which was established in Denmark in 2008, has been owned since 2012 by the industrialist Anders Kirk Johansen, whose grandfather founded the Lego company.

The Viking’s design is Scandi­navian, but its power comes from the United States. The engine is a Wisconsin-built 1,800 cc S&S Cycle V-twin that, according to Lauge Jensen, produces 100 hp and can propel the Viking to a top speed of 130 mph. Yet unlike most mainstream bikes that use a derivation of this engine, the Viking is a clean-running machine. In fact, it is one of the first motorcycles to comply with the stringent Euro IV emissions regulations that will go into effect next year. Echoing the efficiency of its mechanical underpinnings, the Viking’s design connotes a sense of flow, order, and ease—qualities that make a motorcycle as easy on the eyes as it is on the brain.

Before it became the initial production model from a Los Angeles–based boutique brand, the Arch Motorcycle KRGT-1 (archmotorcycle.com) was a one-off design created by Gard Hollin­ger for the actor and motorcycle enthusiast Keanu Reeves. Like the original, the $78,000 production model is a cruiser with brawny performance capabilities. The bike’s power comes from a massive air-cooled 2,032 cc S&S Cycle V-twin engine, which is mated to a 6-speed transmission.

Because glossy paint would be anathema to the KRGT-1’s function-focused aesthetic, the bike’s main pieces of aluminum bodywork are shot-peened or anodized depending on the color, creating a satin finish that appears finely textured.

The process of building each KRGT-1 is painstaking and time consuming. It involves extensive computerized numerical-controlled milling of aluminum blocks, including a 240-pound chunk that becomes part of the lightweight fuel tank. The process results in a bike that feels substantial yet still swift—like an armored sports car.

Riders will appreciate the KRGT-1’s robust acceleration and stable, ­confidence-inspiring handling when romping along winding canyon roads, but with its long wheelbase and imposing footprint, the bike is also well suited to loafing along city streets.