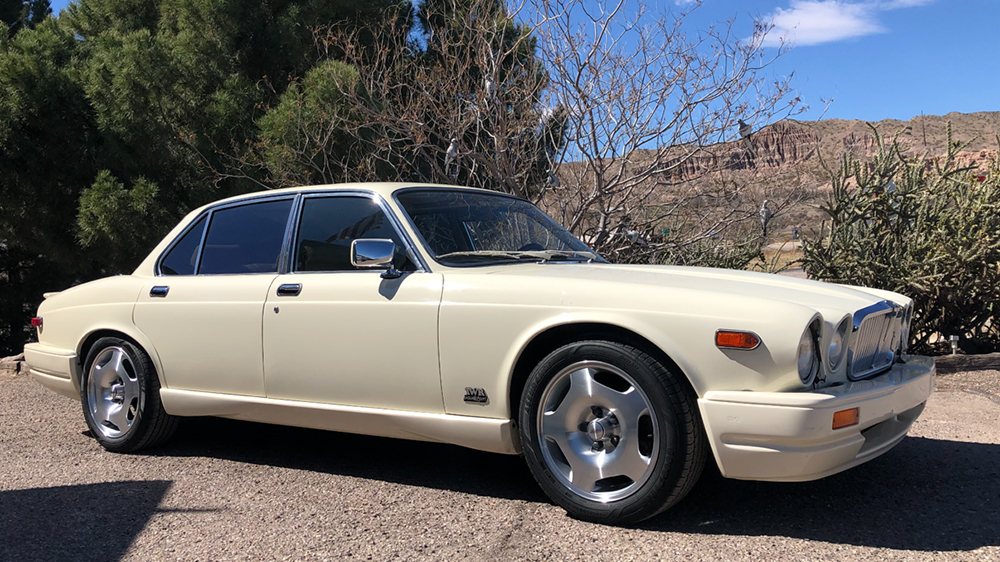 The V-12 is vanishing at a sad but understandable rate. As the push towards hybridization and electrification intensifies, plenty of automakers are sunsetting range-topping V-12 engines in cars that have long been lusted after. Mercedes-AMG has its V-12 making a final appearance in the S65 this year, while Ferrari has announced it’s exploring far smaller displacement options, including electrified V-6s. So for those who want a dirty dozen trumpeting under the bonnet, increasingly, your options are limited to the cars of yesteryear. One formidable example is this Jaguar TWR XJ12, up for grabs on Craigslist in Los Angeles.

As the posting notes, it’s “probably the only TWR XJ12 in the USA,” which is a fair assumption. TWR stands for “Tom Walkinshaw Racing,” a British outfit that partnered with Jaguar back in the ’80s, building winning Le Mans cars and working on projects like the XJ220. The seller notes only a handful—“maybe 30”—XJ sedans were treated to the TWR experience, which was a £7,000 upgrade back in the ’80s. This particular saloon was purchased by pro golfer John Woodhall, and only driven about 40,000 miles before being stored in an indoor garage for three-plus decades.

For its age, it looks to be in pretty great shape. That 5.3-liter V-12 gets a few exhaust system enhancements, as do the brakes, and wheels. There’s a full body kit that includes custom bumpers, and sideskirts and color-matched Speedline wheels (though the originals are also included). That cream color just works splendidly on the XJ12, doesn’t it?

It’s a bit hard to judge valuations in a case where you’re selling a one-of-one, or one-of-two, so it’s difficult to determine if the $25,000 is a fair asking price. But, as the poster says, offers and trades are welcome, so you may be able to work out a deal of some sort.