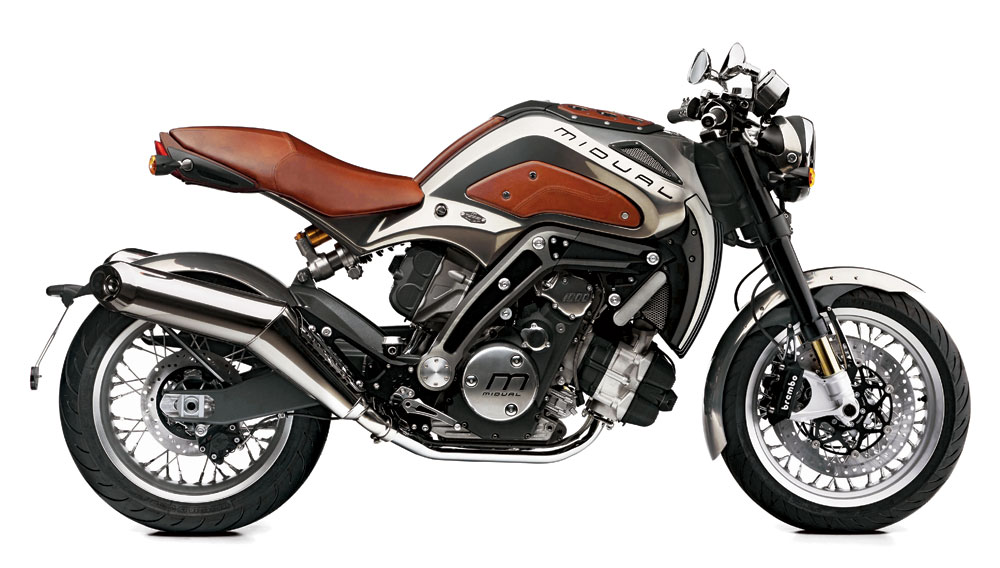 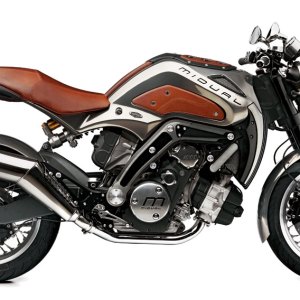 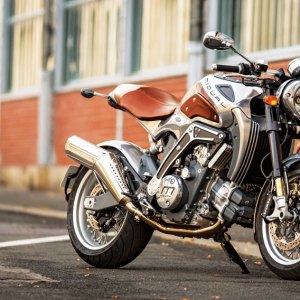 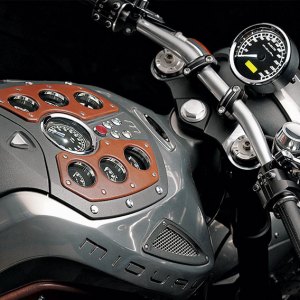 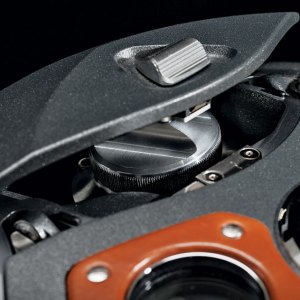 The Midual Type 1, a groundbreaking French motorcycle that is destined to be coveted by collectors, was officially unveiled in August at the Pebble Beach Concours d’Elegance. It became the first motorcycle ever displayed on the Concept Lawn, where it shared space with the most significant automotive prototypes and new production models. Midual will produce an edition of only 35 examples for the European market in mid-2016 before launching the bike in the United States in 2017. This gift will feature the first Midual Type 1 delivered to the U.S. market.

The Midual brand was established by Olivier Midy, a French inventor and motorcycle enthusiast who filed five patents in 1995 for a unique engine that evolved into the power plant used in the Type 1. The bike is based on a 180-degree flat-twin engine that slopes forward at a narrow 25-degree angle. The configuration gives the Type 1 a very low center of gravity and low longitudinal inertia. The engine, which is liquid cooled and uses a transverse, plain-bearing crankshaft, displaces 1,036 cc. It has a 12.0:1 compression ratio and develops 106 hp at 8,000 rpm and 74 ft lbs of torque at 5,300 rpm. The engine revs to 8,800 rpm and delivers its power through a type-525 chain and a 6-speed transmission.

The monocoque frame has sculptural beauty and refinement that elevate the motorcycle to the status of contemporary art. The suspension system includes an Öhlins 43 mm FGRT fork in front and a single Öhlins TTX 36 shock absorber for the rear wheel. The beautiful swing arm is an integral aluminum molded piece. The Brembo brake system uses dual 4-piston calipers in front to clamp massive 320 mm drilled, floating discs. A single 2-piston caliper and a 245 mm disc stop the rear wheel. The 17-inch wheels are an exquisite tubeless, spoked design. The Type 1’s knee grips, handgrips, and seat are are clad in saddle-stitched leather. Midy calls the Type 1 “an aesthete’s pleasure.”

The recipient of this gift will receive regularly updated photographic and video documentation of the motorcycle’s construction progress. When the Type 1 is completed, the recipient and a guest will fly first-class from anywhere in the United States to Angers, France, where Midual is headquartered.

Upon their arrival in France, the recipient and guest will be driven to a luxury hotel in the Loire Valley for a three-night stay. They will have most meals at Michelin-starred restaurants and will visit Bouvet Ladubay for a tasting of its sparkling and still wines.

The highlight of the four-day experience will be a visit to the Midual workshop. The guests will meet the craftspeople who build the bikes, and then take delivery of the Type 1. The visit will culminate with a test-ride of the motorcycle with Midy.

Construction and delivery of the motorcycle are expected to take place in 2017.