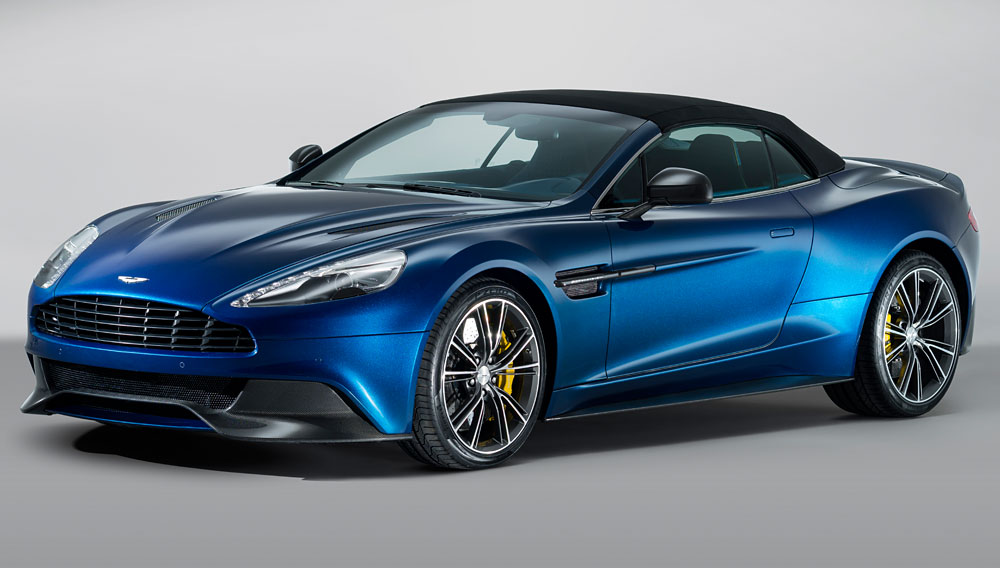 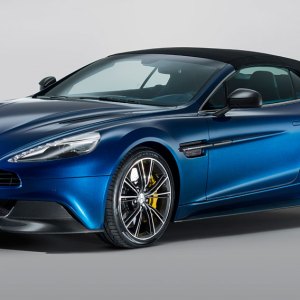 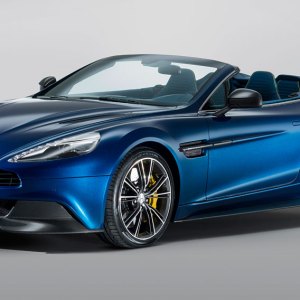 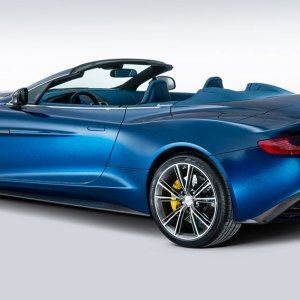 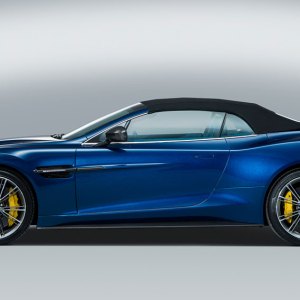 If you missed your chance to snag one of the 77 Aston Martin One-77 supercars and feel that the new flagship Vanquish Coupe just isn’t your cup of tea, then the new drop-top version of the company’s top-of-the-line V-12 may be just the ticket.

The 2014 Aston Martin Vanquish Volante not only offers top-down thrills from its 565 hp, 6.0-liter V-12 engine but also is the first convertible from the famed British marque to have a body completely composed of carbon fiber. Like the Coupe, the Volante is equipped with a paddle-shift 6-speed sequential Touchtronic 2 automatic transmission. The lightweight body and massive output from the new AM11 engine translates to a top speed of 183 mph.

Following in the footsteps of the recently redesigned Vanquish Coupe, the Volante sports a Coke-bottle shape inspired by the One-77. Unlike the current fad of convertible hard tops, the Vanquish Volante retains a triple-layer fabric top that can be raised or lowered while driving at speeds up to 30 mph, an action that takes a scant 14 seconds. The material also means that the top stows in a much more compact space than a hard top, ensuring that the sleek lines of the coupe are retained whether the lid is up or down and offering a trunk space that is 50 percent larger than that of the DBS Volante that this car replaces.

Sales of the handsome 2-plus-2 Vanquish Volante, priced at $297,995, have already begun; deliveries start next year. (www.astonmartin.com)