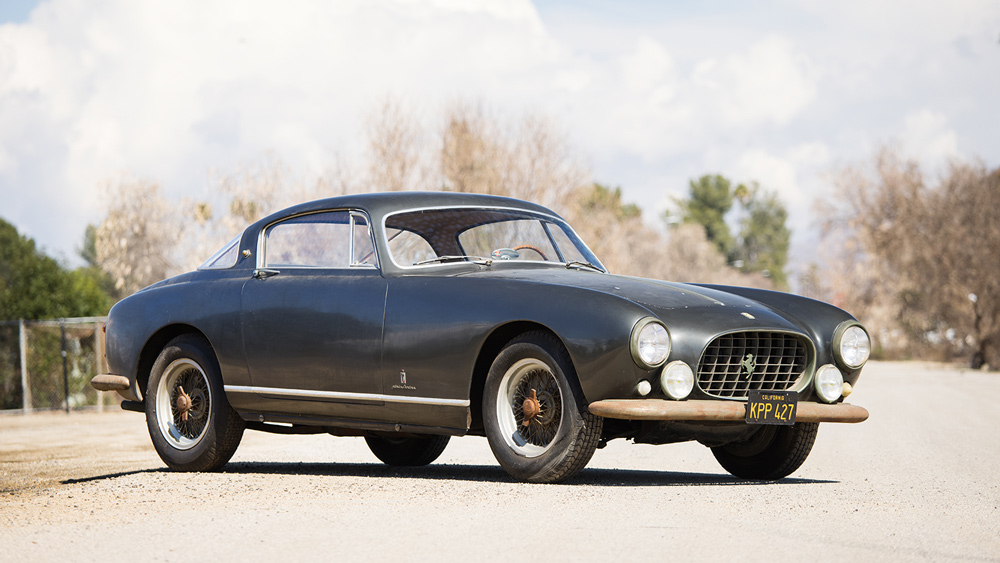 The allure of unrestored cars has grown over the past couple of decades, with “survivor” vehicles now featured in their own classes at the most prestigious concours events worldwide. The most coveted of these survivors are so-called barn finds—cars sequestered in a dusty garage, shuttered warehouse or even a chicken coup, only to be disinterred decades later. Visions of Howard Carter opening King Tut’s tomb come to mind, and these modern-day automotive discoveries reveal their own amazing secrets.

This 1955 Ferrari 250 Europa GT, offered by Gooding & Company, is an exciting example of a car likely to be worth as much or more in its original condition than if it were a pristine, restored example. That this Prancing Horse has been in a state of suspended animation for 55 years makes it a precious research tool for collectors, historians and restorers. Gooding & Company estimates it will bring as much as $2.6 million in the auction house’s Geared Online sale to be held May 3 through 7.

Gooding & Company senior specialist David Brynan explains several reasons why this Ferrari, and cars like it, are especially significant. “First, you have the car’s unrestored condition, which is really exceptional,” says Brynan. “Most Ferraris have been restored at least once, and you’re lucky to find a car that has any evidence of originality. That is not the case with this car, which has been preserved as it left Ferrari in 1955. It was parked when it was about 10 years old, so you have a real time capsule and can see exactly how these cars were built. This isn’t a restorer’s interpretation of how a 1955 Ferrari was put together, this is the genuine article—a true artifact, just as it was created by its maker.”

Only 43 examples of the 250 Europa GT were made.  Photo by Brian Henniker, courtesy of Gooding & Company.

To understand just how important—and utterly rare—such originality is, one must take a look at collecting habits from the 1960s through the mid-1980s. At the time, automobiles like this Ferrari were viewed as just old, used sports cars, and any teenage reader of Road & Track during the early 1970s will recall ads offering countless Ferraris and exotic oddities—today priceless rarities—for well under $10,000. Back then, most every car that was more than a decade old got a fresh coat of bad paint. Today, that paint—having aged poorly—is often mistaken as original by inattentive collectors. The concept of correct restorations was then years off, and pioneers like Hill & Vaughn were among the first to pursue correct and authentic methods of fabricating and finishing. In the day of bell bottoms and sideburns, chrome was king, and even judges at the most respected concours rarely distinguished between correct and over-restored cars that dripped in chrome and wore garish, inappropriate colors. 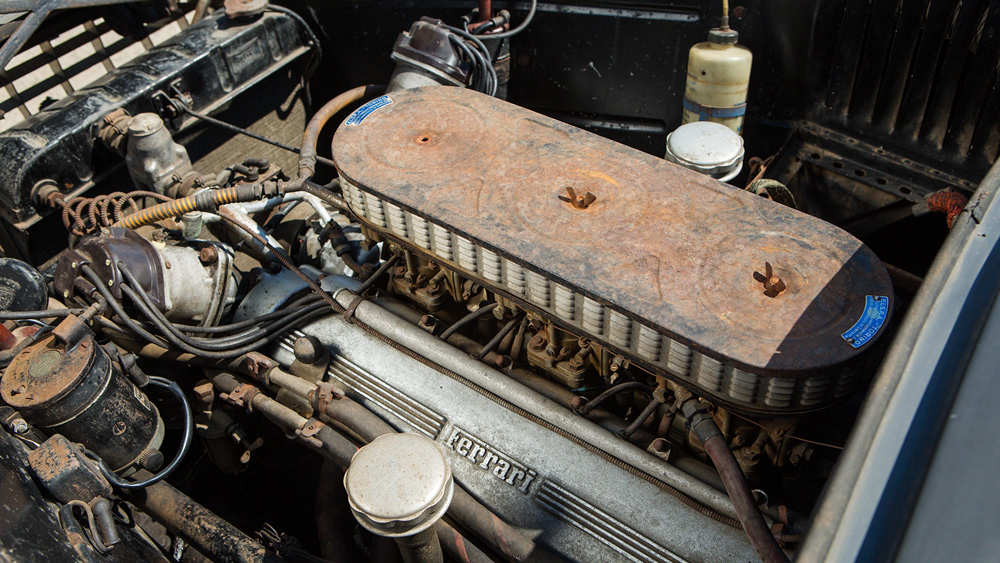 Today, such affronts to originality are rarely encountered, and cars of any significance are generally within spitting distance of factory specification, so far as color and other finishes are concerned. But it’s the details that can make or break the authenticity of a restoration, often separating first-, second- and third-place winners within a class. Imagine how many rubber hoses, clamps, fasteners and other wear items have been replaced on most 65-year-old cars in the intervening years, not to mention paint and upholstery. Which is why the most fastidious restorers may search for years to find a correct part or go to great lengths to fastidiously replicate a decal or rubber floormat. And it’s only when referring to an original specimen, like this 1955 Ferrari, that one can be certain that the details of a restored example are correct. 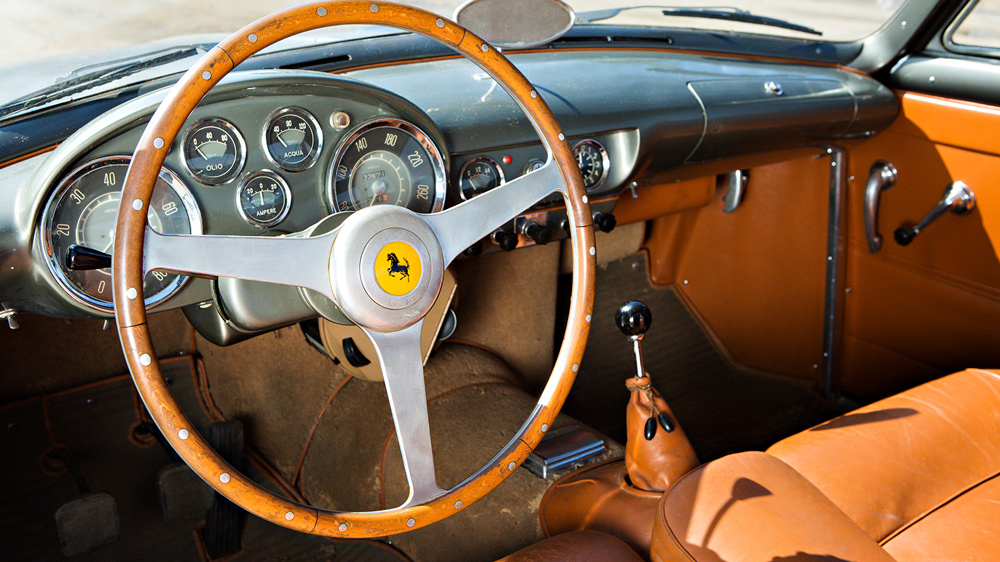 Of course, in the case of classic automobiles that were handmade in limited production runs—it’s virtually certain that not all examples will be identical in all their details, with improvements and changes having been implemented on the fly. At a show years ago, I recall having points deducted by judges for using the “wrong” hood-pin rivets on my Shelby GT350, despite being told by Pete Brock (who was at the factory at the time) that when the guys ran out of rivets, they’d just send the gofer to the local hardware supply to buy a fresh bag. 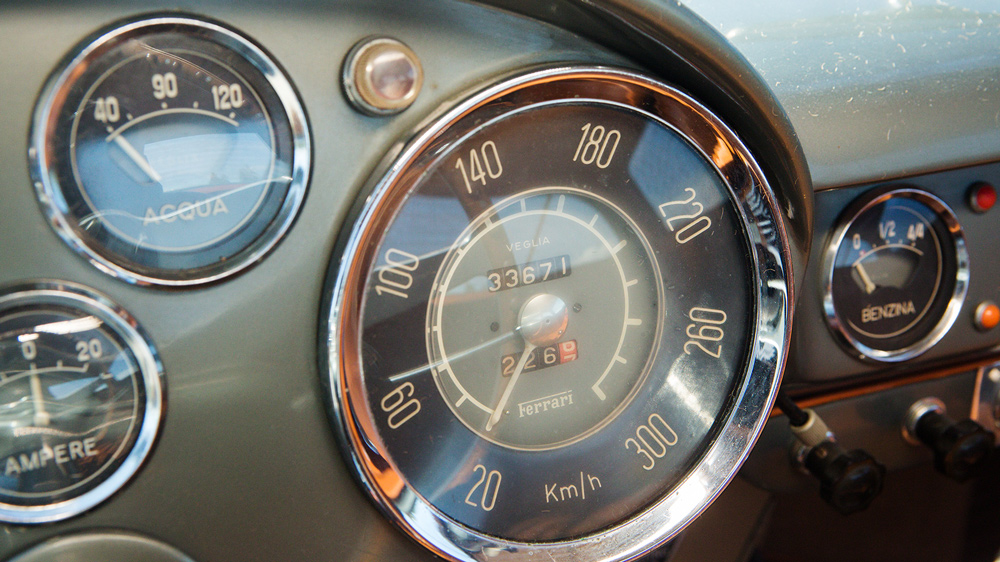 “In the specific case of the Europa GT,” continues Brynan, “It’s a bespoke example of a landmark model. In many ways, the Europa GT laid the foundation for the entire 250 GT series, so fundamentally every model that followed—all the way through the Lusso of 1963—shared the same basic architecture.” By establishing a reference as the first of the lineage, this 1955 Ferrari allows experts to understand the extent to which subsequent models within the 250 GT series did—or didn’t—change over the ensuing decade. 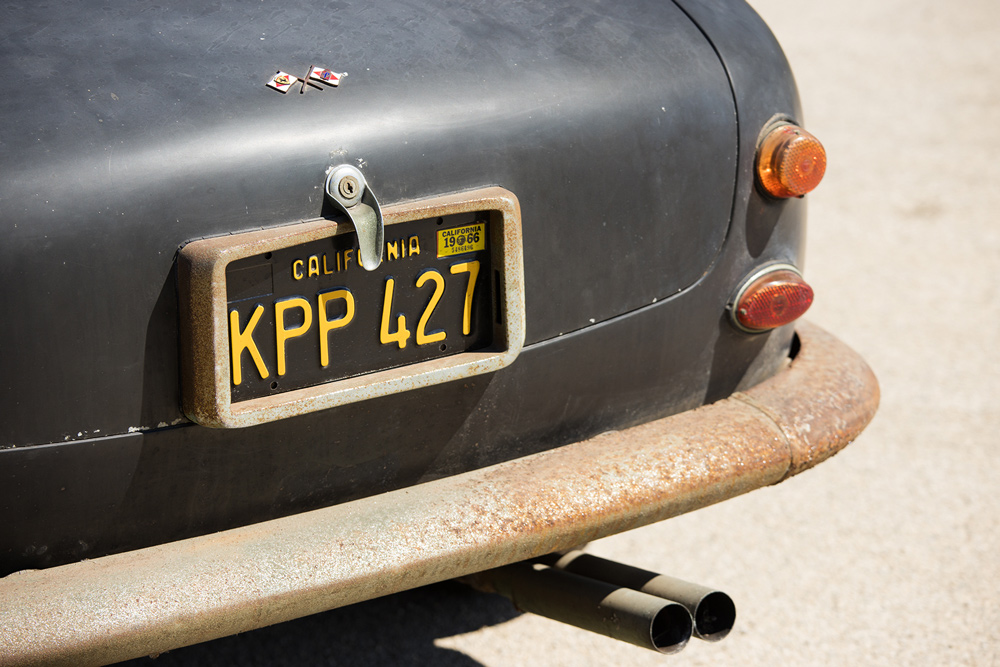 “Finally,” adds Brynan, “This is a car that has never been seen or offered for sale before. Many Ferraris trade hands regularly (even the most valuable ones), so to have a car like this, that has been off-the-market, unavailable and essentially unseen for decades, is exciting—not just for collectors, but for us as well. You start adding together these elements and you realize what a truly unique situation this is.”

The fact that a car is fresh-to-market can make it far more valuable than an equivalent vehicle which has been sold and resold within the past decade. As is regularly evidenced in fine-art sales, collectors’ competitive spirits are greatly excited by something not seen in a lifetime, and with the knowledge that “life is short, art is long,” they often pay well for the privilege of being the first new owner in generations. 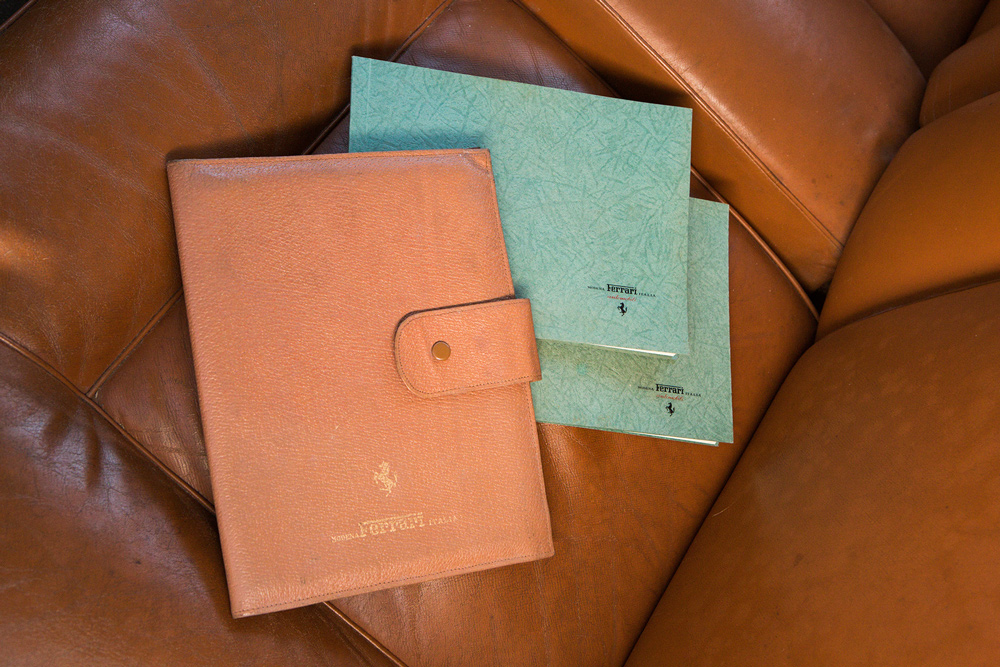 The car comes with its original handbooks.  Photo by Brian Henniker, courtesy of Gooding & Company.

So, how will the next steward of this Ferrari treat such a treasure? Doubtless, it will be returned to excellent running condition, which will necessitate a very sympathetic and careful recommissioning of all mechanical and electrical systems. But the temptation to re-chrome the rusty wheel spinners or polish the paint would be banished from the imagination of any responsible custodian, someone who appreciates such artifacts for the very reason that they offer a rare glimpse into a pure, dusty and unrevised past.