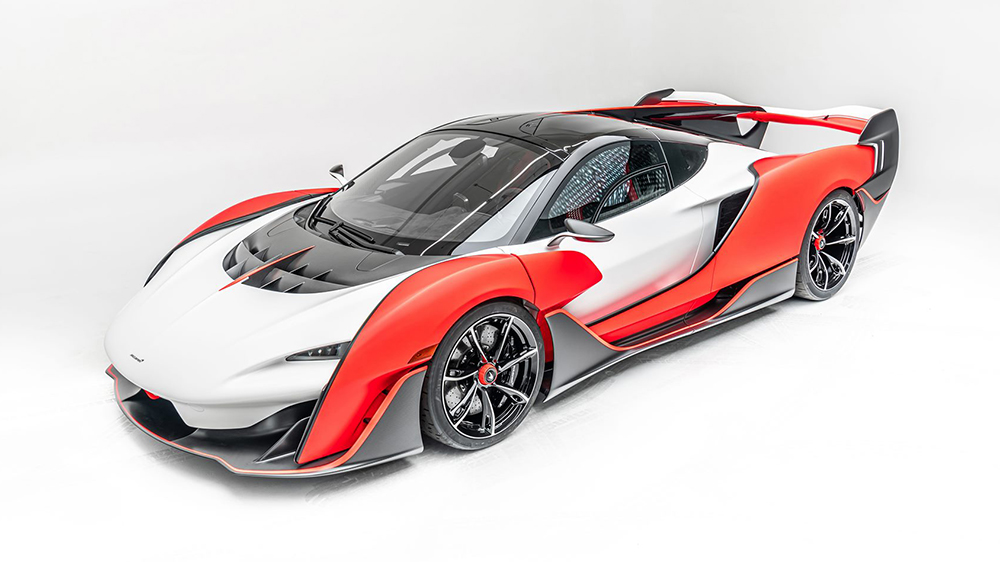 American auto enthusiasts are used to lusting over vehicles that will never make it stateside, like the Alpina B5 Biturbo Touring and the Mercedes-Benz Unimog. But now Americans are getting a hot exclusive of our own—the 2022 McLaren Sabre.

Late Tuesday, McLaren Beverly Hills revealed that it had just delivered the first Sabre, a one-of-15 supercar that will only be available in the US. But the vehicle’s exclusivity isn’t the only thing that makes it special. It also promises to be the high-performance marque’s most powerful, non-hybrid vehicle yet.

Completely secret until Tuesday, the Sabre is the latest brainchild of the automaker’s bespoke division, McLaren Special Operations. Each car was tailored to the “exacting standards” of its owners, who were invited to contribute to the design process, according to a press release from McLaren Beverly Hills and partner O’Gara Motorsport. As part of the collaboration, the owners were flown out to the UK to visit the design studio and were given a chance to test drive a prototype at the Thermal Club Private Race Track.

The Sabre itself looks like an even more dramatic version of the automaker’s $2.25 million Speedtail. It’s underlying shape and profile are very similar to that of the sleek speedster, though it’s been adorned with a number of new aerodynamic elements, like a front splitter, ventilated hood, angular fenders and sides kirts, a rear cover and a central fin that connects to a giant, race car-style rear wing. Completing the package are a set of striking butterfly doors that make the two-seater one of the most memorable McLarens in recent memory.

But while the Sabre is sure to turn heads, its most impressive feature might just be the engine housed by the flamboyant exterior. That’s because the bespoke supercar is powered by a 4.0-liter V-8. While the full specs aren’t available yet, it will churn out 824 horses and 590 ft lbs of twist. And thanks to that mill, the supercar should be able to reach a top speed of 218 mph, which makes it the brand’s fastest two-seater yet.

“I’ve been fortunate enough to have been involved with a number of very special cars, and I’ve never seen a manufacturer give clients the level of access that McLaren Special Operations has provided for the Sabre,” Parris Mullins, O’Gara Motorsport director, said in a statement.

The remaining 14 Sabres will be delivered in the coming months, according to Car and Driver. While a pricing info hasn’t been released yet, reports suggest the car likely will cost more than $1 million but less than the $2 million.