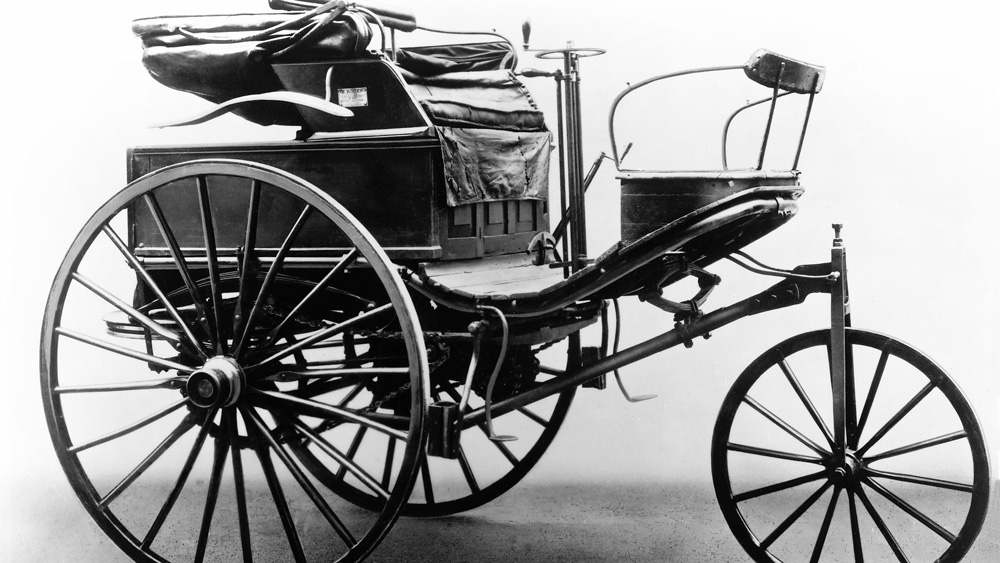 Photo: Courtesy of the V&A Museum.

The topic of automobiles is an absurdly big one to tackle in a single museum show. The V&A (Victoria & Albert) Museum in London, however, has proven fit for the challenge with Cars: Accelerating the Modern World, which opened on November 23. “We wanted to look at the car as a design object,” says Esme Hawes, assistant curator at the V&A. “It’s largely been ignored in the history of design, but it’s had such a huge impact on the 20th and 21st centuries.”

The product of two years of work, Cars features 250 objects as well as 15 four-wheelers. Choosing the vehicles for the exhibit was difficult, but one rarity was a must-have: the 1888 Karl Benz Patent-Motorwagen No. 3 (shown above). “We really wanted to get the Benz because it was the first production automobile,” Hawes says. “The only one in existence happens to be at the Science Museum, London, over the road.”

Another notable example on display is the 1953 XP-21 Firebird 1, a concept from the early stages of the Space Age and touted as the first gas turbine vehicle to be developed and put through its paces in the US.

Several objects in the exhibit explore the car’s role as a luxury item and status symbol. The curators chose a 1922 Hispano Suiza Type H6B “Skiff Torpedo” to represent how cars of that era were “hugely expensive, often bespoke objects,” as Hawes observes. The woman who bought the Hispano Suiza in 1919 took the chassis to a coachbuilder who created the exquisite wooden body.

Cars also includes a group of six vintage mascots, or hood ornaments, by the French designer René Lalique. The Victoire, shown here, comes from the V&A’s collection. “It’s a really stunning object to look at, and it opens the idea of the car as a luxury object that early 20th century [owners] customized,” she says. “The glass mascots are incredibly meticulous and inappropriate if you put them on the front of a car. That’s why they’re rare and expensive—they’re particularly breakable.”

A 1900 copy of the Michelin guide shows how entrepreneurs saw the car as a means to will new markets into being. Michelin printed more than 30,000 copies of the book, even though only 3,000 cars were registered in the entire country of France in that year. “They tried to create demand for the car to be used as a leisure object to explore the countryside in,” says Hawes. The exhibition ends April 19, 2020.