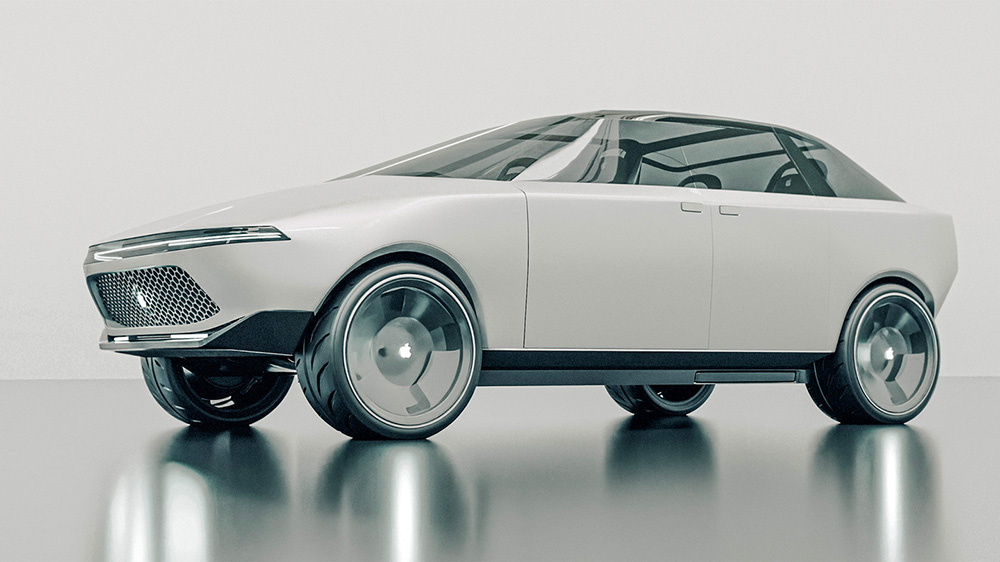 It’s unclear if and when Apple’s long-rumored EV will ever make it into the world, but one company thinks it knows what it will look like.

British car-lease broker Vanarama has whipped up an interactive 3-D model showing what it believes the highly anticipated battery-powered car could look like inside and out. This isn’t just some fanciful mashup of guesses, either. Instead, the mockup was generated “using genuine patents filed by Apple Inc.”

To be clear, Vanarama’s design is not a peek at a real Apple EV, but that doesn’t make it any less interesting. Unlike other Apple Car renderings that have bounced around the internet in recent years, this one features concepts and details that Apple actually seems to be considering. The speculative result is a sedan that’s bold and decidedly futuristic.

At first blush, the Apple Car mockup isn’t completely dissimilar from the Tesla Cybertruck. Both vehicles look completely different than anything currently on the road. But whereas Elon Musk’s is a hulking beast made covered in sharp angles, the Apple Car is more reasonably sized and has smoother and more natural lines. This gives its vaguely sci-fi-inspired design a softer, more sophisticated look.

The EV also features a number of intriguing details. These include an illuminated grille similar to the Mac Pro, two-button doors and an all-glass upper section (the lack of pillars may not be doable, though). The vehicle also features suicide doors that open up to reveal a spacious, ultra-modern interior with front seats that can swivel 360 degrees. The most realistic part of the rendering, though, is driver’s side of the cabin, which features a Siri-connected steering wheel surrounded by a dashboard-spanning touchscreen display, similar to the MBUX Hyperscreen available on the brand-new Mercedes-Benz EQS.

Apple has yet to confirm that it’s actually even working on an EV, but there’s been enough reporting on the topic over the last few years that it feels like a matter of time at this point. After seeing Vanarama’s renderings, we hope they borrow a few ideas and hurry up.