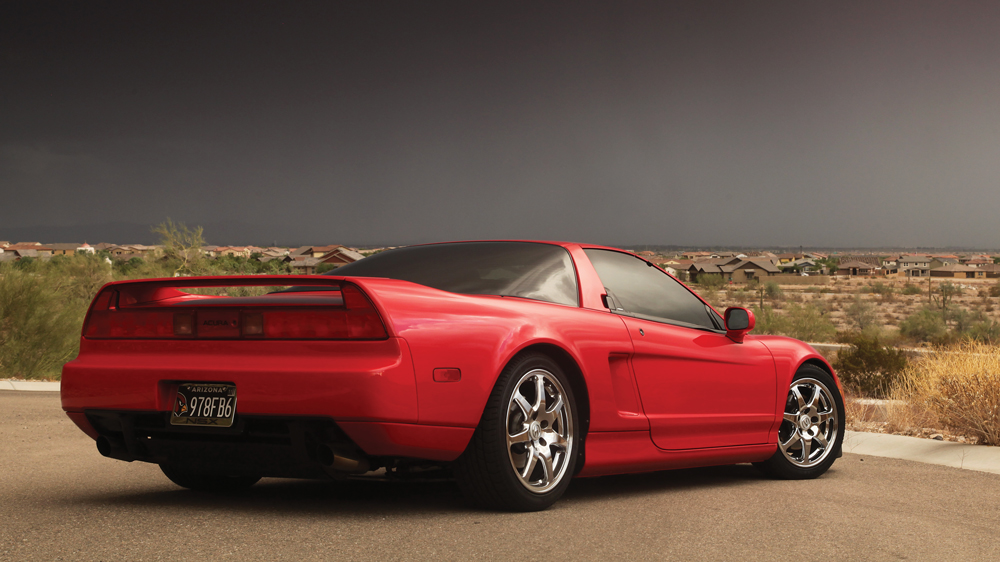 The collector-car world was on edge this summer, and with good reason. After an incredible upward price run that started in the mid-1990s and peaked in 2014, the market for European sports and GT cars had seen values drop by 20 to 30 percent over the past 2 years. Prices for muscle cars and other American offerings, meanwhile, had been creeping upward for about 5 years—but only after a crash of at least 50 percent during the Great Recession. Given the volatility in these and other categories, collectors were eager to see what this past summer’s Monterey Car Week would hold. Every August, aficionados from around the globe congregate on the picturesque Monterey Peninsula in Northern California for events such as the Pebble Beach Concours d’Elegance, Rolex Monterey Motorsports Reunion, Quail: A Motorsports Gathering, and more. Since 2012, however, those featured events have played second fiddle to six different car auctions held during the same period, with pre- and post-week headlines focusing on the auctions’ star lots.

With those auctions (and several others) now completed, the market is ready for its latest review—and things are looking up. According to leading collectors and experts, the period of doom and gloom appears to be over, assuming you follow some rules and know what to look for.

“The market is being very selective, so it is very healthy,” says Donald Osborne, a longtime appraiser and frequent guest on the television show Jay Leno’s Garage. “People want to buy cars, and there are lots of them who have the money and desire to purchase, but they are being very selective about what they want. They will purchase if they know exactly what it is they are buying and are comfortable paying the price.”

Steve Serio, a Boston-based dealer in collector cars and new exotics, agrees: “When the Financial Times had that article several years ago that said over the previous decade collector cars had outperformed everything, that article went viral. All the aftermath of that article is being shaken out, for the market has gone back to people buying cars for the same reason they bought 20 years ago—to use them, hit a punch list of some type, or get something they have long desired to own. The speculation that built up in the high-volume cars is correcting back to 2011 prices.”

Alex Finigan of Massachusetts’s Paul Russell and Company, one of the world’s top restoration shops, believes balance has been restored. “I feel we are at a plateau, but it is not doom and gloom,” says Finigan, who is the head of the company’s sales department (and describes himself as a “used car salesman”). “We needed a correction, and that is what is happening now. But the market will go back up, for when you look at event attendance at places like Pebble Beach and Goodwood in the UK, they are filled with crowds. That shows you the interest level in cars.”

The 1985 Ferrari 288 GTO (foreground) is poised to appreciate over the next 5 years  Photo: Courtesy Winston Goodfellow

If the latter phases of a correction are indeed ending and prices are stabilizing, where will demand come from to move values up? One of the major talking points for the past couple of years has been the so-called generational shift, where a new group of buyers is supplanting the Baby Boomer generation.

“At Barrett-Jackson, we have more than 40 percent first-time bidders every year,” says Craig Jackson, who heads what is likely the world’s most widely known collector-car auction company. “We see Millennials and Gen Xers coming into the market, so cars from the 1970s through the 1990s are starting to bring money. People want to buy what their first car was or what they couldn’t afford when they were younger, and that keeps the ladder moving forward.”

Jakob Greisen, head of Bonhams’ U.S. Motoring Department, also sees a healthy overall market, citing that “there are more collectors than there have ever been.”

This 1973 911 Carrera RS 2.7 coupe could be a keeper, but our experts are divided on the investment performance of early Porsche 911s  Photo: Courtesy Porsche

As to what models new collectors—and seasoned buyers—will drive up in value in the coming years, the experts have a range of opinions and insights. “I think a lot of Japanese cars have upside; the difficulty is in finding a nice one,” Jackson says. “Foxbody Mustangs [1979–1993] are coming on, too.”

Hagerty, the leading classic-car insurer, likely has the world’s largest database of collector-car values. It includes auction prices, the amount policyholders paid for cars and have them valued at, data on dealer and private sales, and more. “In certain areas, muscle cars have not only rebounded from the recession but moved beyond pre-recession prices,” says CEO McKeel Hagerty. “Early Mustangs [1965–1966] and early Camaros [1967–1969] are doing really well, as are Dodge Challengers from 1970 through 1973. These are all good, findable cars. Early Chevrolet trucks and the first Ford F1s from 1948 through 1952 are also doing well, but the real standouts are Ford Broncos from 1966 and 1967; they are up almost 30 percent over the last 2 years.”

For those with more exotic tastes and much larger budgets, Hagerty points to Jaguar C- and D-types. “They are the hottest,” he says. “[They] were always so far behind Ferraris and 300S Maseratis but have recently launched into the stratosphere.”

For those who can’t write a high seven- or eight-figure check but still want something exotic or out of the ordinary, Hagerty notes that 1991 through 2005 Acura NSXs have been up 40 percent over the past 2 years.

The price of an exotic car, of course, is just the starting point. Several of our experts note the need to budget for running and repair costs on exotics from the 1970s through the 1990s, as the engineering and build quality back then wasn’t close to what it is today.

Another frequent piece of advice is to buy the best example you can afford, preferably something with bulletproof provenance. “Pay a marque expert to go with you to examine the car or do an initial inspection,” says Finigan. “Too many collectors go blind, for they accept as gospel what the auction catalog or a seller says. Just because you can afford to spend $30 million on a car doesn’t mean you know what you are looking at. Treat it like you are buying the Empire State Building; how would you not do the proper due diligence ahead of time?”

Serio seconds that notion, warning novices to avoid the always-tempting fixer-uppers. “Never buy a project,” he says. “You have no idea the magnitude of hurt you are about to step into.”

Jackson emphasizes that passion should drive any acquisition. “There should always be an emotional connection,” he says. “Buy a car for the love of it and not as an investment. Determine what the car will be used for, if it fits that need, and is something you want to drive.”

Acquiring a car for the purpose for which it was originally conceived—to be driven—touches on a primary focal point in today’s market. “A while ago, there were guys who would buy every 1970s Ford V-8 that only differ by the door handles, and call it a collection,” says Osborne. “That’s not happening now. What people are looking for are cars that provide great and unique hands-on experiences.”

Another wholesale shift in the past 3 to 5 years is that car collecting has become a global market, rather than one centered in North America and Europe. Jackson feels part of this is due to the plethora of TV shows and movies where cars are the stars. He speaks of new collectors in the Middle East and Asia and how the Fast and the Furious film franchise has broadened the appeal of American muscle beyond U.S. borders.

With the market firming and starting to inch upward, what should one buy now for a 5-year hold? Although he finds the idea of owning a vehicle strictly for its capital appreciation reprehensible, Osborne suggests “every single-owner Lancia 037 or Stratos, ones that you can’t replicate.”

Greisen’s choice is the Ferrari 288 GTO, while Hagerty cites several: Toyota Supras from 1993 through 1997, Lamborghini Diablos “at the right price,” and his “wildcards”—first-generation, unmodified Mazda Miatas and Audi TTs.

A concours-quality Jaguar D-Type could motor off for millions  Photo: Courtesy Jaguar

Jackson goes a different route. “I’m personally buying a lot of later-model limited-production cars and putting them away, things like modern Shelbys, Ford’s newest GT, and the Dodge Demon,” he says. “These days [of high-horsepower internal-combustion engines] aren’t going to last forever.”

Perhaps it’s Finigan’s “bang for the buck” remark that is the most prescient advice of all. As Benjamin Graham, the father of value investing, noted in the 1920s: “Price is what you pay; value is what you get.” For much too long, buyers and collectors focused only on price, regardless of the actual underlying goodness of the car. If our car-collecting experts’ perceptions are any indication, that appears to be changing.

According to our experts, these are the models that should be avoided by collectors

“1970s Porsche Turbos. A flood hit the market, which has hurt prices.”—Craig Jackson

“High-production-number ‘prom-queen cars,’ where everyone said ‘I have to have one’ in 2013 and 2014. This would be early Porsche 911s and Turbos, late-model Ferraris with manual transmissions, and Mercedes 190 SLs.”—Steve Serio

“Second-tier models in mediocre condition. Bad examples with accidents or where main com­ponents such as the engine have been replaced.” —Jakob Greisen

“Things from the 1930s and ’40s, the generic four-door stuff that has no real following.”—Alex Finigan

“Cars with the ‘principal of substitution,’ where you have a choice of so many that it can easily be replaced. This would be Porsche 911s, Jaguar XKEs, that type of thing.”—Donald Osborne