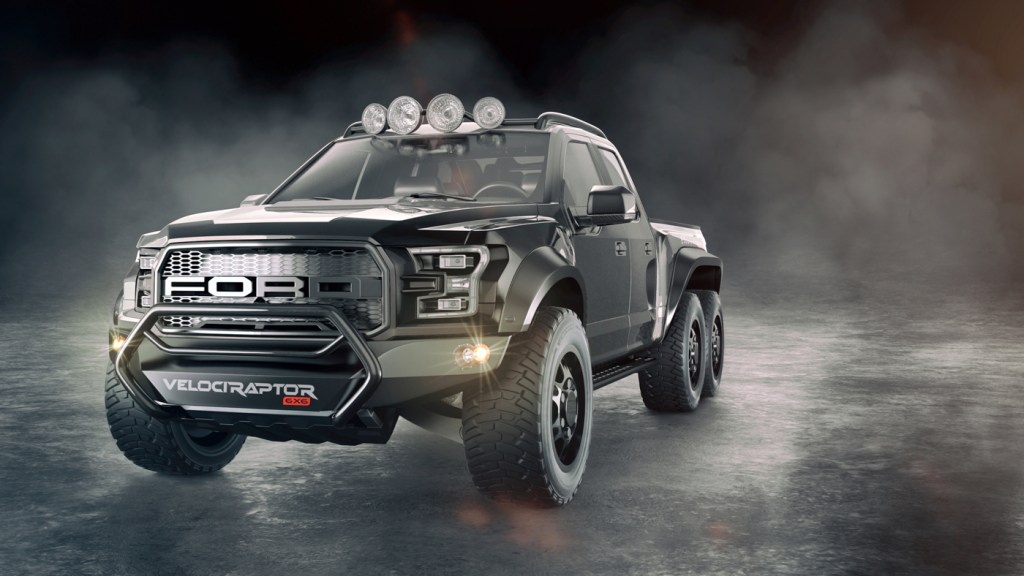 Able to tame prehistoric terrain, the VelociRaptor 6×6 from Hennessey Performance Engineering may not be as agile as the Cretaceous-period predator it’s named for, but the high-performance pickup is frighteningly faster and more powerful. And with six wheels and 600 horses, it’s the vehicle of choice if you’re voracious for adventure.

The VelociRaptor 6×6 begins as a Ford F-150 Raptor Supercrew before Hennessey’s team of tuners, based in Sealy, Texas, makes the transformation. Ford’s factory Raptor—boasting a 450 hp, 3.5-liter V-6—is given a twin-turbocharged engine upgrade responsible for an additional 150 hp and 112 ft lbs of torque. The increase in output more than compensates for the truck’s roughly 700-pound increase in weight. As evidence, the new power train configuration allows the four-door to fire from zero to 60 mph in just 4.9 seconds. 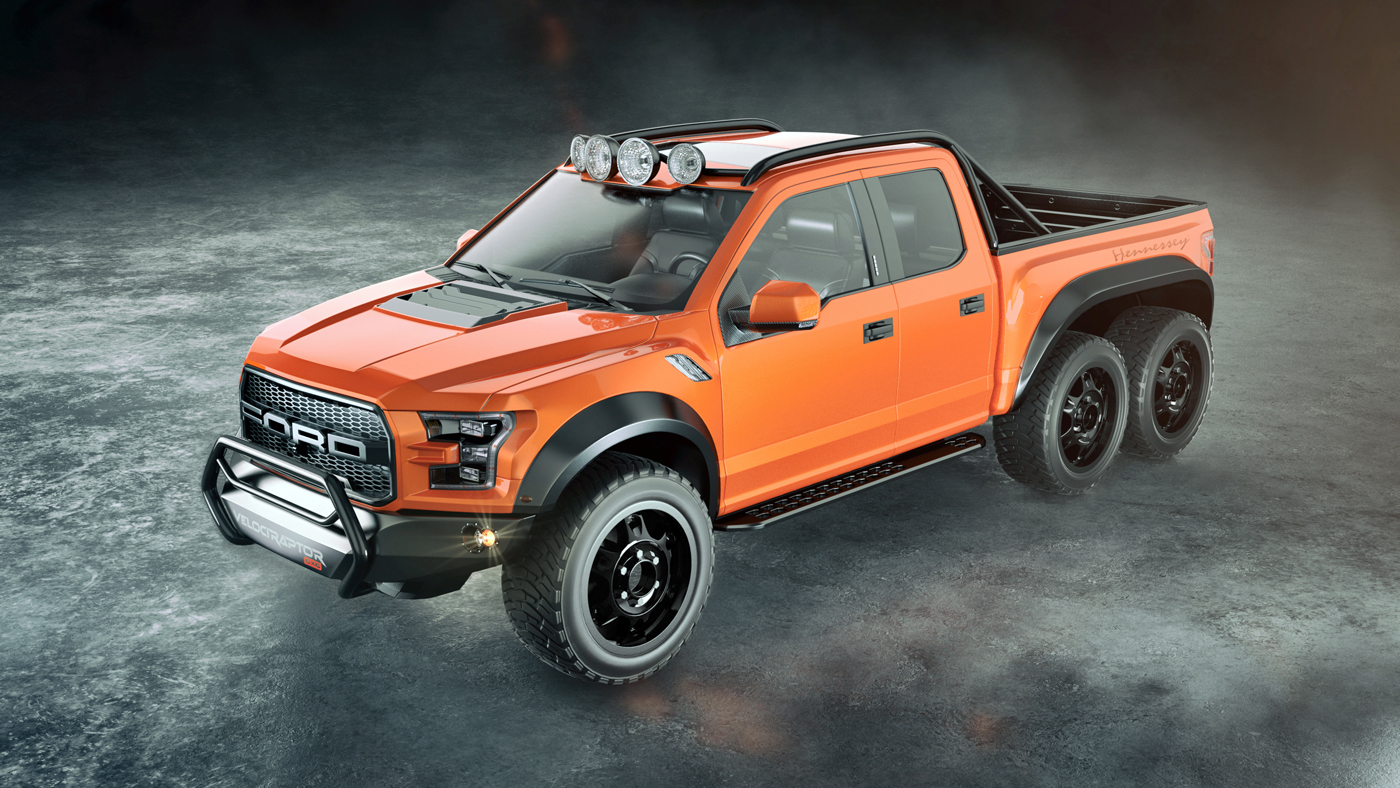 Developed from Ford’s entry in the Baja 1000 endurance race, the original Raptor was introduced in 2010. That same year, John Hennessey and his crew used it to create the four-wheel Hennessey Performance VelociRaptor, of which more than 1,000 examples now exist.

Hennessey’s latest release was revealed at the 2017 Specialty Equipment Marketing Association (SEMA) show in Las Vegas, held October 31 through November 3. The tuner plans to turn out 50 examples for the United States market and another 50 for global distribution. Every vehicle will be backed by Hennessey’s three-year, 36,000-mile warranty.

Each VelociRaptor 6×6 carries a fairly startling starting cost of $349,000— almost $300,000 more than the regular Raptor. But then, survival of the fittest always comes at a price, especially when demand for a package this distinct may never go extinct.