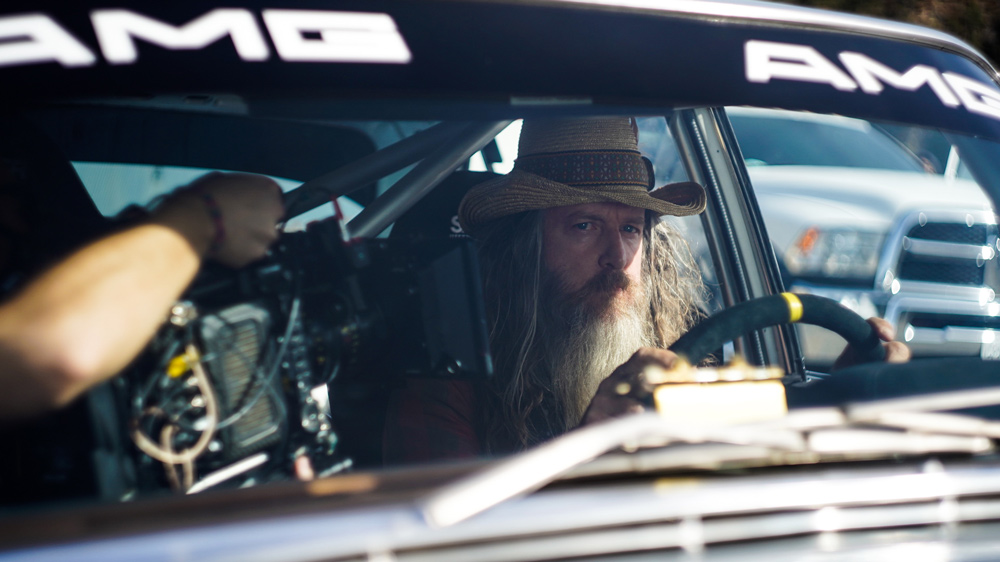 When someone says, “performance car,” most people don’t automatically think Mercedes-Benz sedan. But the fact is, Stuttgart’s Silver Star has some monsters in its closet, chief among them, the 300 SEL 6.3 and, later, the 450 SEL 6.9. The original 300 SEL 6.3, built between 1968 and 1972, stuffed a 6.3-liter V-8 engine from the 600 SEL limousine—the preferred vehicle of popes, pop stars and dictators—into a “normal” sedan, known by Mercedes insiders as the W109, and of which a total of 6,526 examples were made.

In its day, the big bruiser was a terror of the Autobahn. For its time, the 300 SEL 6.3 offered staggering performance and specifications. With almost 250 hp and prodigious torque, the 3,891-pound car could reach 60 mph from standstill in about 6.6 seconds, cruise all day at 125 mph and achieve a top speed of almost 137 mph. And so, Mercedes did the unthinkable: prepare a race car called the Red Pig for the 1971 Spa Francorchamps 24 Hours, an endurance race held annually since 1924 in Stavelot, Belgium.

Like a hippo crashing a ballet recital, the Red Pig, developed by then-nascent AMG, took first in class and second place overall, cementing AMG as the high-performance appendage to Mercedes-Benz ever since. The actual Red Pig, regrettably, was subsequently sold and destroyed, but its lineage remains.

A still from footage of the “Red Pig” competing in the 1971 Spa Francorchamps 24 Hours race.  Photo: Courtesy of NativeFour.

As pigs can be cloned, Mercedes-Benz Classic Center, in Newport Beach, Calif., has seen fit to do obeisance to the red original with the “Silber-Sau.” Indeed, the car was built in 2017 as a unique tribute, but its builders punched out the 6.3-liter V-8 to 6.8 liters—making a stout 420 hp—and painted it a more circumspect and appropriate silver, in the truer spirit of the automaker.

The Silber-Sau, a tribute to the Mercedes “Red Pig race car.  Photo: Courtesy of NativeFour.

A riveting short film from NativeFour and directed by Cameron Thuman—The Spirit of AMG: The Silber-Sau—captures the porcine hotrod on Malibu’s Kanan Road. It’s driven by Magnus Walker, who personifies the determined underdog in the 1971 race as he crunches the gearbox of the Red Pig’s spiritual successor. Brilliantly, the film combines fresh footage of the gnarly Silber-Sau with archival footage provided by AMG of the original rubicund porker.

Magnus Walker during filming of “The Spirit of AMG: The Silber-Sau” by NativeFour.  Photo: Courtesy of NativeFour.

It’s hard not to get excited by the take-no-prisoners 300 SEL 6.3 flaring its nostrils, shorn of bumpers and with its cartoonishly wide fenders, equipped with a full roll cage and gold BBS rims. It’s also magical to see the original big swine—brutal, but with a touch of finesse—hitting the apex and bellowing toward the checkered flag. It’s a rare glimpse at one of the greatest stealth sedans of them all. Thankfully, this tribute car and NativeFour’s new film keep its legacy alive.