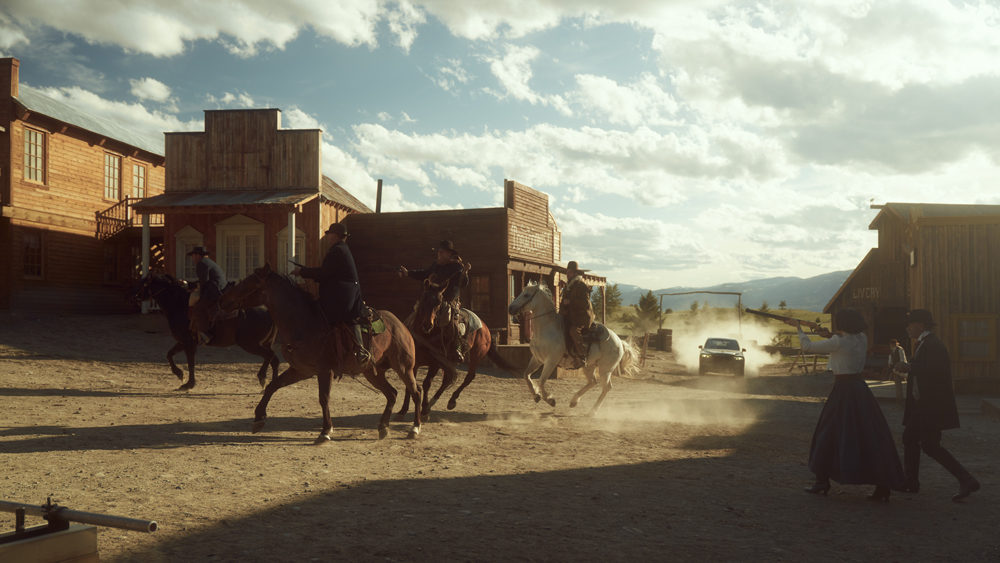 It may not have the level of anachronism found in the 2011 movie Cowboys & Aliens, but a new short film entitled The Gunslinger, from director Jeremy Heslup and his Valkyr Productions team out of Culver City, Calif., is driven by quite the unexpected juxtaposition. Following the formula of the classic western, a small town’s pair of maverick heroes stand up against an outlaw gang. It’s a narrative replete with bullets, bravado and a badge, though with a different take on the latter.

Co-starring in this gritty period piece are 591 horses, though all in the form of the Rolls-Royce Black Badge Cullinan as the souped-up stagecoach. “From the narrative side, I hope people see a story that is identifiable within the Western genre,” stated Heslup in the official announcement of the debut. “From the commercial side, I hope people see a fresher, more purposeful take on motivating how the car is used in the story.”

For Rolls-Royce, it’s a nod to the British marque’s legacy, one that started when Charles Rolls and Henry Royce met in Manchester, England, circa 1904. To put it in perspective, that was only 23 years after the infamous gunfight at the O.K. Corral in aptly named Tombstone, Ariz. And while the three-minute cinematic adventure (the director’s cut is roughly five minutes) makes for an ideal advertisement for the automaker’s high-sided, all-terrain vehicle, Rolls-Royce did not commission the piece or pay for its production. It did, however, provide the Cullinan, a model introduced in 2018.

The Rolls-Royce Black Badge Cullinan on the set of “The Gunslinger” directed by Jeremy Heslup of Valkyr Productions.  Webb Bland

The Black Badge variant, featured in the film, debuted in 2019 as an edgier and more dynamic doppelgänger to the base model. Adding to the trim package’s film noir–like aesthetic is, of course, the numerous coats of black paint and lacquer that get polished by hand . . .10 times.

Then there’s the Spirit of Ecstasy hood ornament, Pantheon grille, 22-inch forged wheels and host of accents that also all turn to the dark side. It’s a perfect complement to the protagonist, portrayed by actor Jarrett Worley, seen in Yellowstone and Daredevil, and the lady of the saloon and heroine, acted by Claudine Quadrat from Ant Man & the Wasp. And, of course, Rolls-Royce’s Starlight Headliner makes a cameo.

Jarrett Worley stars as the protagonist in the short.  Webb Bland

The shoot took place at the Yellowstone Film Ranch in Paradise Valley, Mont., and comprised a total of 60 cast members and crew. Out of the four days of camera work, two were focused on the automotive scenes. The project has already paid off as far as recognition, earning a nomination for the 2022 International Motor Film Awards. After viewing The Gunslinger and the approximately nine-minute behind-the-scenes footage, one can’t help but wonder what High Noon would have been like with this kind of horsepower.

Click here to see more stills from “The Gunslinger.”

The Rolls-Royce Cullinan in a scene from “The Gunslinger.”