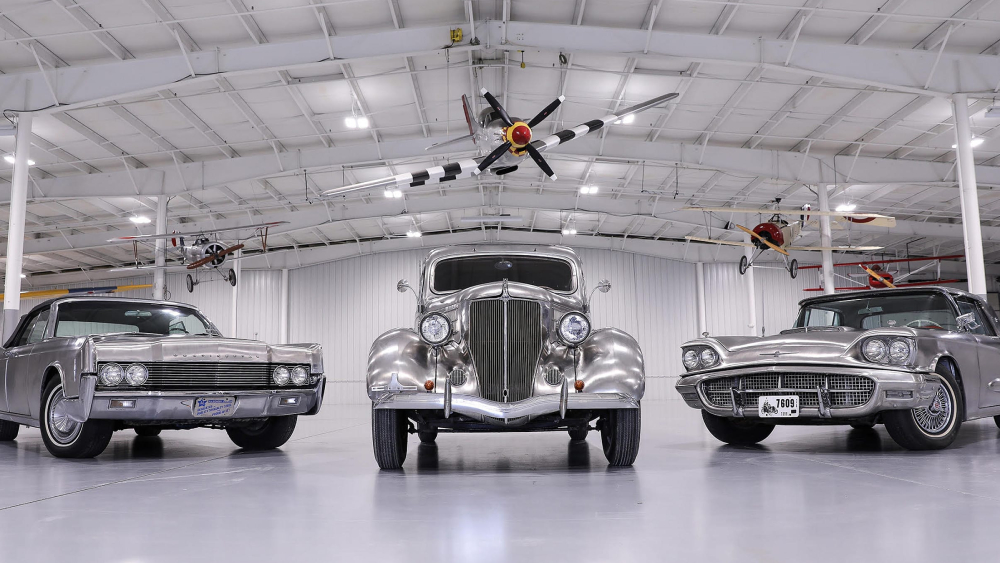 A trifecta of stainless steel Fords is going up for sale at the 13th annual Auburn Auction. The extremely rare cars span decades of Ford Motor Company’s design. Originally created in 1935 as a means to promote stainless steel and its then-new possibilities, Ford used the tough material to construct just three models––the 1936 Deluxe Sedan, the 1960 Thunderbird and 1967 Lincoln Continental Convertible––and one of each is included in this unique listing.

Made in collaboration with Pittsburgh-based metal firm Allegheny Ludlum Inc., only 11 stainless steel cars were ever manufactured, making them some of the rarest in Ford’s design canon. But they weren’t merely for show. The original six in the lineup were to log over 200,000 miles in the hands of Allegheny Ludlum executives until their retirement in 1946, their bodies having outlasted their original non-stainless steel parts––engines included. Only four of those six are still in existence today.

Selling at The Auburn Auction, September 5 without reserve, this is the first time a set of these cars has ever come to auction. First conceived by pioneering steel producer Allegheny Ludlum in collaboration with the Ford Motor Company in 1935, the trio comprises a 1936 Ford Deluxe Sedan, 1960 Ford Thunderbird and and 1967 Lincoln Convertible, built to showcase the extreme durability and aesthetic appeal of stainless steel. Unique and iconic, they are extraordinary artifacts from a dynamic era of innovation for the steel and automotive industries in America. Full details online via the link in our bio #stainlesssteelfords #stainlesssteel #historiccars #fordmotorcompany #auburnauction

A post shared by Worldwide Auctioneers (@worldwideauctioneers) on May 22, 2020 at 1:04pm PDT

Later runs of stainless steel models were even smaller. Only two Thunderbirds rolled off the assembly line in 1960 with bodywork formed from T302 stainless. But after 60 years and more than 100,000 miles on each, they retain their original exhaust systems––a testament to the quality construction used for this rare lot.

The 1967 Lincoln Convertible was the last of the stainless steel cars produced and, as a sign of advancing technology, everything except for its body was a standard-issue component. Only three were made with the silver-tone metal showcasing the modern lines of its silhouette.

Worldwide Auctioneers has not issued a price estimate just yet, but whoever bids should be well prepared if comparable sales of rare Fords are any indication. In 2010, a private owner placed one of the few remaining 1936 Deluxe Sedans up for auction with Mecum. . . and turned down a $550,000 bid.

This group hits the block on September 5 in Auburn, Indiana. Mark the date, gents.