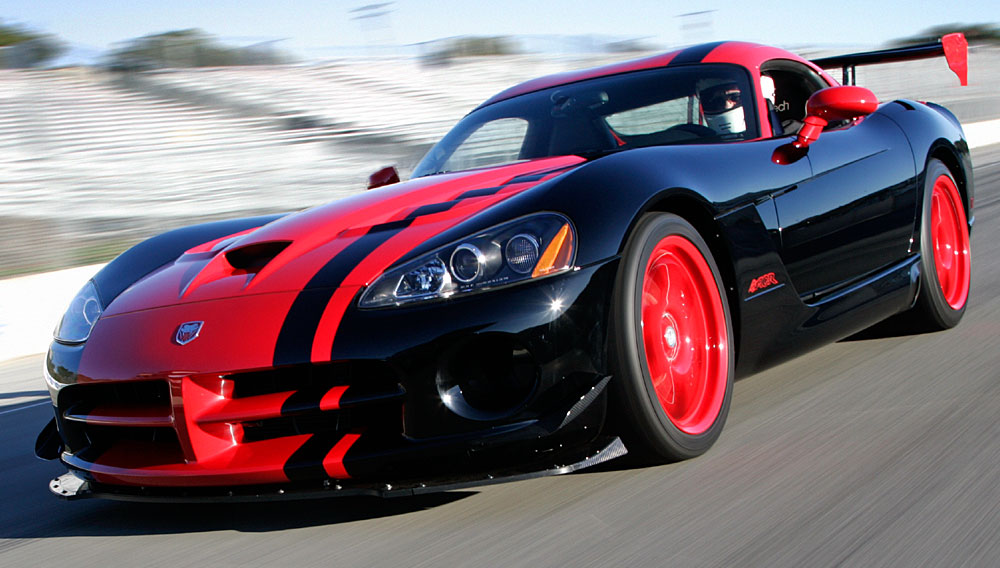 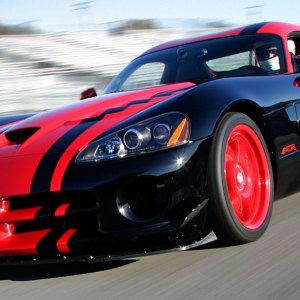 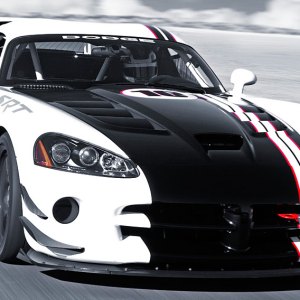 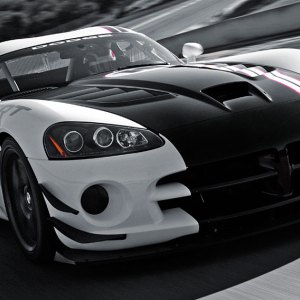 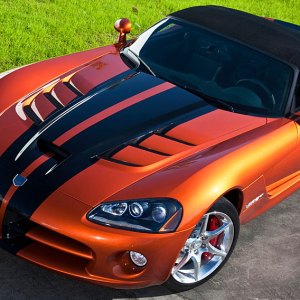 After 18 years and more than 25,000 cars on the road, the Dodge Viper is on the brink of extinction. 2010 will be the final model year for this ultra-potent muscle car, but it is not going away quietly. Last year, the Dodge Viper ACR set the Nürburgring production car lap record with a time of 7 minutes and 22 seconds around the 13-mile track. Even more recently, the car recaptured the lap record around the 2.2-mile track circuit at Laguna Seca in Monterey, California, with an official time of 1 minute and 33 seconds.

In addition to this recent round of racing success, Dodge plans to unveil several new limited-edition versions of the Viper SRT10 for its final year: Production of standard coupe and convertible Viper SRT10 models will be limited to 500 units in 2010. The Dodge Viper ACR 1:33 Edition commemorates the Laguna Seca lap time, and its two-tone black and red color scheme is the opposite form of the original ACR, of which just 33 will be made. Even more limited is the Vooodoo-edition (no, that’s not a typo) Viper ACR. Only 10 cars will feature its black exterior paint with a graphite-gray racing stripe outlined in red.

While those two limited-edition models maintain the same monstrous 8.4-liter V-10 engine as the standard car, the Dodge Viper SRT10 ACR-X ($110,000) features new factory headers and low-restriction exhaust system to reach 640 hp—that’s 40 hp more than a regular SRT10. The ACR-X is also 160 pounds lighter than the standard production Viper and is equipped with an upgraded suspension, factory-designed roll cage, fuel cell, racing seat, and additional aerodynamic enhancements to improve downforce for high-speed motoring. Unfortunately, this $110,000 track-tuned Viper is illegal on the public road and built only for those interested in competing in the Viper Racing League, Sports Car Club of America, and National Auto Sport Association events. (www.dodge.com)