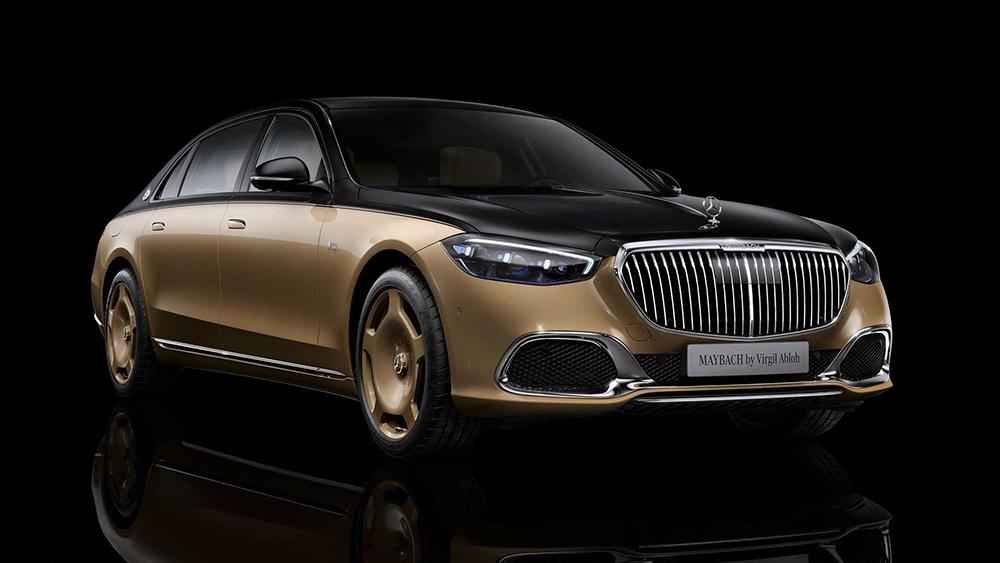 Even after his death, Virgil Abloh lives on.

The third and final installment of the late Black designer’s collaboration with Mercedes-Benz has finally been revealed in the form of a new Merc and matching streetwear.

Project Maybach, which was first announced last October, kicked off with, you guessed it, a reimagined Maybach. Abloh worked alongside the marque’s chief design officer, Gorden Wagener, to create a futuristic, battery-powered grand tourer inspired by how one could explore nature within a uniquely luxury context. The show car was finalized shortly before Abloh’s death in November and unveiled in December.

In addition to that singular coupé, the duo penned a new production model based on the 2023 Maybach S-Class S 680. Like its predecessor, the luxury sedan features a two-tone color scheme of beige with black accents, along with the signature Maybach 20-inch wheels and the trademark barred grille. The interior continues the theme with fine beige and black leather adorning the cabin. Elsewhere, you’ll find a 6.0-liter V12 engine good for 604 hp and a personalized user interface that is described as a “more luxurious” variation of the MBUX system.

The Maybach’s cabin is finished in black and beige leather.  Mercedes-Benz

The new ride is presented alongside a matching apparel collection that will be available from today. Created in partnership with Abloh’s famed streetwear label Off-White, the capsule comprises an array of clothing and accessories that take design cues from the limited-edition S-Class.

The capsule comprises an array of clothing and accessories.  Mercedes-Benz

Featuring the same color palette as the four-wheeler, the line includes practical streetwear essentials emblazoned with the Off-White and Mercedes-Benz logos. You’ll find a classic cotton t-shirt, a round-neck cotton fleece sweatshirt, a co-branded hoodie and a canvas cap, all finished in a subtle, sand hue and vintage wash. Naturally, there is a pair of suede driving gloves, too, which proudly sport blue “ABLOH” velcro straps across the wrists.

While this is a somewhat humble contribution to Abloh’s vast legacy, the Mercedes-Maybach project showcases his unbridled imagination and inherent ability to enrich the conversation around luxury design. It also demonstrates how cross-industry dialogue can help move the needle toward a more inclusive future. In fact, Mercedes recently partnered with rapper A$AP Rocky to create a ’90s-inspired clothing collection and Palace founder Lev Tanju on a line of trendy workwear. These moves continue to solidify the bond between the worlds of fashion and cars.

Abloh’s Maybach will be limited to just 150 examples that will be sold in the United States. Pricing is upon request (contact your local dealership), but given that the Mercedes-Maybach S680 is expected to start above $215,000, it’s safe to say this model will be even pricer. The apparel collection, meanwhile, will be available starting April 5 online at Off-White as well as on Farfetch and Maybach Icons of Luxury. The capsule will also be on sale at select Off-White stores.