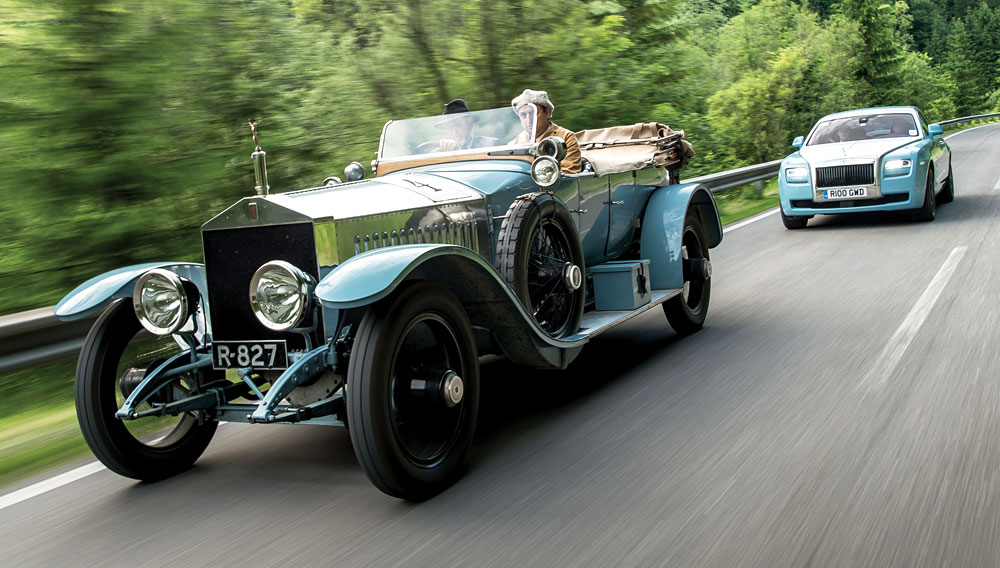 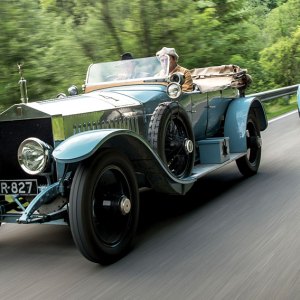 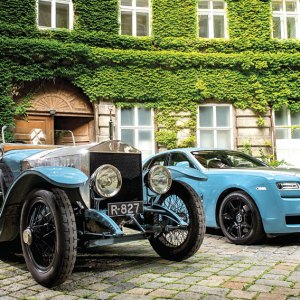 When the fourth-annual Austrian Alpine Rally set off from the starting line in Vienna on the morning of June 22, 1913, more than a trophy was at stake for Claude Johnson, the managing director of Rolls-Royce Motorcars at the time. With a route that heaved and twisted some 1,800 miles into the Alps and through parts of what are now Slovenia, Croatia, and Italy before returning to the checkered flag outside the Kursalon concert hall in Vienna, the rally was generally considered the most rigorous in Europe. It drew all the big names in automaking: Bugatti, Austro-Daimler, Fiat, Benz, Mercedes, Puch, Audi, and Rolls-Royce.

Johnson would have skipped the competition that year if he could have. He had decided a couple years earlier—not long after an automotive publication declared Rolls-Royce “the best car in the world”—that the company had more to lose than to gain from rubbing elbows with lesser marques. However, the previous year’s Alpine Rally had been an embarrassment for the carmaker, and Johnson was determined to eradicate that blot on its prestige.

Shortly after its launch in 1907, the Rolls-Royce model called the “40/50 hp” (because of its engine output) began proving its mettle in endurance events and reliability trials that were supervised by the Royal Automobile Club, the governing body for motorsports in Great Britain. The 40/50 hp was also unusually quiet—as quiet as a ghost—which prompted Johnson to have one of the early examples painted silver and adorned with a nameplate identifying it as the Silver Ghost. Soon the automotive press was calling the entire model line Silver Ghosts. Rolls-Royce did not officially adopt the name until 1925. That was the year it launched the Phantom and the year before it ceased production of the 40/50 hp after building nearly 7,900 examples.

By 1912, Johnson was convinced that the marque had made its point with those early endurance tests, and so he was no longer entering factory-sponsored cars in competitive events. However, James Radley had his own Rolls-Royce, and he intended to drive it in the 1912 Austrian Alpine Rally.

Radley, an aviator as well as a racecar driver, was the sort of wealthy, dashing aristocrat who abounded in the drawing rooms and popular mythology of Edwardian England. He was no stranger to the Alps, having crisscrossed the mountain range numerous times while traveling from England to his family’s villa in Italy. The way he and his traveling companions saw it, the rally would be a piece of cake. Brimming with confidence, Radley ordered a Silver Ghost similar to one that had excelled in a London-to-Edinburgh endurance test. The transmission was designed for flat high-speed runs instead of the inclines Radley would encounter in the Alps, and for reasons nobody knows, Radley also specified a car with a big, heavy, and luxurious body but a lightweight suspension. Driving a car that was ill equipped for the trek that awaited, Radley and his entourage set off on the first leg of the rally.

Given the car’s insufficient power, excess weight, soft suspension, and woefully mismatched gearbox, Radley must have quickly realized he had no chance of winning the rally. It was still morning when he reached the Katschberg Pass, a series of gullies that snake back and forth in a relatively gentle rise. His car came to a halt. A push from Radley’s passengers got the Silver Ghost over the summit, but once it was on the other side, he apparently lost interest in the event. Radley retired before the first day had ended; instead of continuing along the rally route, he and his companions veered off on holiday, perhaps visiting the family digs in Italy.