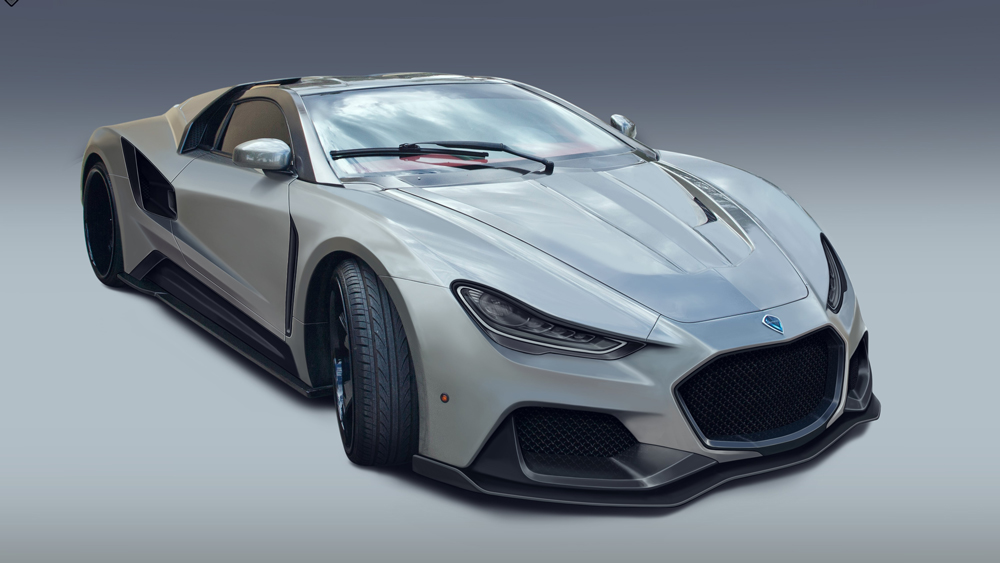 These days, a few hundred thousand dollars will get you quite the special machine. But, perhaps, not a truly unique machine. And that’s where Melvin Juarbe comes in. The Fort Lauderdale–based custom automotive builder is busy creating a $250,000 supercar dubbed the Volant that he virtually guarantees will make you an irresistible attention magnet in a sea of Porsche Turbo Ss and Aston Martin DB11s.

“Anyone can buy exotics like a Ferrari or a Lamborghini. But for the person who has everything, this is a chance to stand out from the crowd with a vehicle that was hand-built to your exact specifications,” says Juarbe, owner of Custom Crafted Cars. “The thing I hear the most when I go to cars shows is, ‘I don’t want to look like everyone else.’”

The Volant would most likely start at $250,000.  Photo: Courtesy of Custom Crafted Cars.

Juarbe and his team of designers, engineers and fabricators are busy making a Volant prototype that he hopes will be finished by the end of the year. The automobile features a chrome-moly chassis—developed in house—and a rakish body that makes nods to everything from a McLaren 600LT to a Ferrari SF90 Stradale. Think low-slung, mean and brimming with slats.

The engine is likely to be a Chevrolet LT5 V-8 good for upwards of 800 hp and a sub-3-second sprint to 60 mph thanks to a planned-on 2,500-pound curb weight. The transmission also may be sourced from Chevy. The interior is up to each customer, who will select everything from its materials to gauges and infotainment system.

A Volant prototype is currently in the works.  Photo: Courtesy of Custom Crafted Cars.

Admittedly, much about the Volant remains a mystery, even to Juarbe. “I’m meeting the folks from General Motors soon, so I hope to know more about what components we can source from them,” he says, adding that a dozen enthusiasts already have contacted him with interest. “Ultimately, our goal is to build about 10 cars a month, and there will be a three-month wait for each one since it’s all custom.”

If this forthcoming Volant has a predecessor, it’s the Vaydor. Over the past few years, Juarbe and his team have built three-dozen of these $130,000 turn-key sports cars, which once were sold as kits and are based on an Infiniti G35 platform. The reception Juarbe got for that car spurred his interest in taking things up a notch and creating a more bespoke American-made supercar in a slightly higher price category.

If the Volant is also a hit, Juarbe says he knows what’s next. “The car I really want to do after this will be in the $1 million range, and compete with Paganis,” he says confidently. “We’re talking 1,200 hp Volant. That’s the dream.”