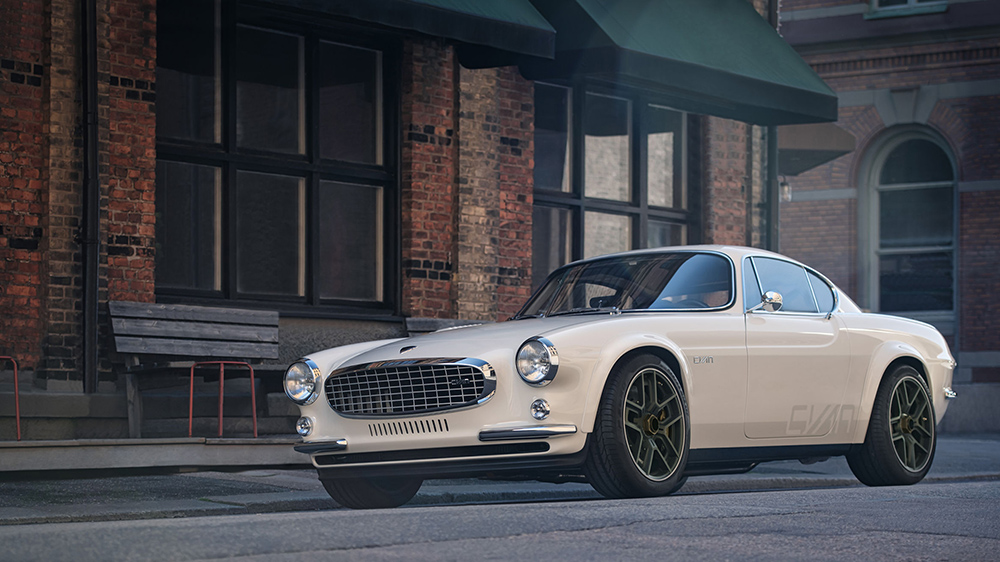 One of the coolest Volvos in recent memory is coming to the US.

Cyan Racing will bring its gorgeous P1800 restomod stateside for this year’s Monterey Car Week, according to Motor1.com. Car enthusiasts in the US won’t just get the chance to admire the car up close, though. They’ll also be able to snap up one of their own.

Volvo may be best known for the safety and reliability of its vehicles, but there have been times during its 95-year history when it has let loose and had some fun. Perhaps no car is a better illustration of this than the P1800. The zippy coupé was in production from 1961 to 1974 and featured an Italian-inspired design that sets it apart from nearly every other car the marque has ever built. Two years ago, Cyan Racing, fresh off a three straight World Touring Car Championships, decided to resurrect the vehicle. Their goal? To build a 1960s-era racer using today’s technology.

With the exception of the body shape and a few key elements—like the steel from the original chassis, the handbrake and the windshield wipers—the rest of the P1800 has been rebuilt from the ground up. The resulting vehicle has a wider track, larger wheel wells and a body made primarily of carbon-fiber panels. Thanks to all these modifications, the restomod tips the scales at just 2,183 pounds.

The biggest change, of course, can be found under the hood. Cyan Racing has swapped out the P1800’s original engine for a turbocharged 4.0-liter four-cylinder similar to the mill found in Volvo’s S60 TC1 race car. The engine is mated to a Hollinger five-speed manual and generates 400 horses, 336 ft lbs of twist and has a redline of 7,600 rpm. That’s right, it’s a stick shift in case the purists needed even more reason to get excited. It also features a limited-slip differential, also from Hollinger, and a new rear-wheel drive system. One of the shop’s goals was to improve connection between the driver and the road, so its restomod deliberately lacks stability control, ABS and a brake booster.

The P1800 Cyan will make its US debut at The Quail, a Motorsports Gathering 2022. The event is one of the highlights of Monterey Car Week and will be held on August 9. You’ll also be able to buy the restomod directly from Cyan Racing. The $700,000 price tag is $200,000 more than when the car was first announced in 2020, but it’s still less expensive than building a time machine to travel back to the Swinging Sixties.

Check out more images of the P1800 Cyan below: