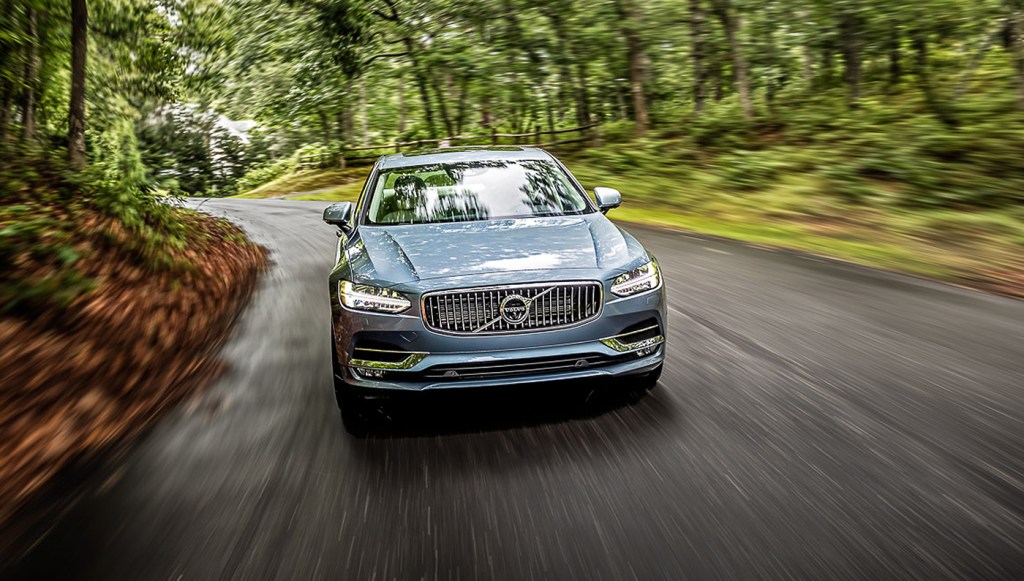 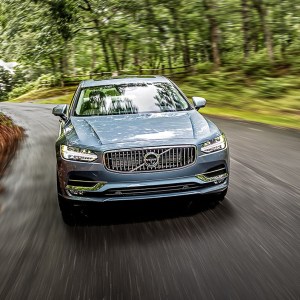 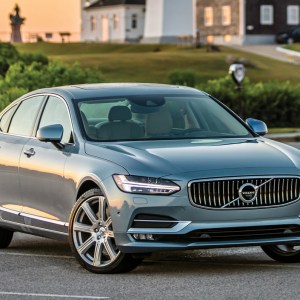 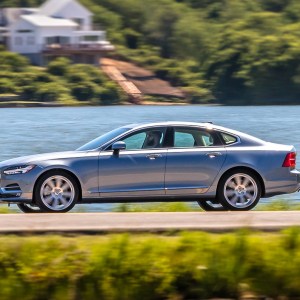 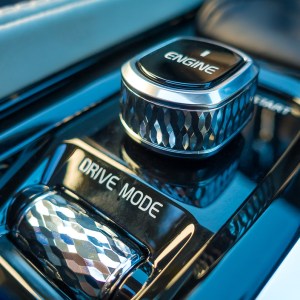 Volvo’s new S90 is engineered to keep you out of harm’s way.

The Hamptons—specifically, Montauk, N.Y., at the tip of Long Island’s South Fork—was the setting for a late-summer test-drive of the Volvo S90 (volvocars.com), the Swedish brand’s new flagship sedan. It replaces the S80, which had been in production since 1998. The S90 is an elegant vehicle—the test car was painted a gray that the brand calls Mussel Blue Metallic—that blended with the area’s sprawling summer estates and tony beachside resorts.

Safety remains at the forefront of Volvo engineering. The company has set a goal, targeted for the year 2020, of preventing any driver or passenger of a new Volvo from suffering a serious or fatal injury in a crash. To that end, the S90 comes standard with several advanced safety features, including Pilot Assist, which automatically steers the car, accelerates it, and applies the brakes in slower traffic. Two other safety systems are also industry firsts as standard equipment: The large-animal detection feature uses the onboard radar and camera to spot deer, elk, moose, or other four-legged creatures (or pedestrians) and apply the brakes if needed. The road-edge mitigation feature detects when the vehicle is drifting off the side of the road and corrects the steering accordingly.

The S90 has a starting price of $47,000, but the options in the test vehicle, a model with the Inscription trim, raised the price to more than $66,000. They included all-wheel drive for tackling summer showers and the harsh weather that comes to Long Island with the winter months, when clambakes on the beach are a distant memory.

Volvo was once known for its inline-5 engines, but it has gone exclusively to 4-cylinder power plants. The S90 is equipped with a 2-liter inline-4 that is turbocharged and supercharged. On Long Island’s South Fork, where the highway’s speed limit is 55 mph, the S90’s 316 hp was more than adequate. The car’s drive modes—comfort, eco, and dynamic—change the throttle mapping, the steering response, and the shift points on the 8-speed Geartronic automatic transmission. Even in dynamic mode, the S90 won’t be doing any street racing, but it was well suited to a relaxed excursion past the superyachts docked at Sag Harbor and through the boutique-dotted streets of East Hampton.

The S90’s command center is a large central touchscreen that provides easy access to navigation functions, climate-control settings, and controls for the sound system, which in the test car was a premium Bowers & Wilkins setup. The test car also ran Apple CarPlay, and the Volvo system is one of few that doesn’t lock you out of other functions while CarPlay is running.

Volvo reportedly plans to introduce a long-wheelbase version of the S90 next year that will be about the same size as a short-wheelbase Mercedes-Benz S-Class; the current model has roughly the same dimensions as a BMW 5 Series. No matter its length, the S90 is for drivers who prefer the safe, sophisticated, and subtle.

Retro and recent designs influenced the look of the Volvo S90. The concave front grille, for example, is based on the grille of the brand’s P1800, a two-seat, rear-wheel-drive roadster produced from 1961 to 1973. Other design elements derive directly from the XC Coupe, the concept car Volvo unveiled at the 2013 Frankfurt auto show. These include a roofline that slopes like a coupe’s, a large rear window, and what Volvo calls the “final cut” on the rear side windows. It’s a bend near the bottom of the C pillar that evokes BMW’s Hofmeister kink. “We look back, but then we aim forward,” says Tisha Johnson, a senior designer at Volvo.

The S90’s platform (called Scalable Product Architecture, or SPA) enabled designers to give the S90 “more luxurious proportions,” according to Volvo, than those of the S80 that it replaced. They were able to push the front wheels farther forward, creating more distance between the dashboard and front axle. “We have the setup we always wanted as designers,” Johnson says.

The interior includes soft leather upholstery and open-pore wood trim that curves gently along the dash. The texture of the gearshift and toggle switches on the air vents was inspired by Swedish glass and crystal. And the seats contour to every curve of the body.

Johnson describes the S90 as a “Scan­dinavian sanctuary” and says the design team used the image of a male lion as guidance: “He understands his position and doesn’t need to do anything flamboyant.”