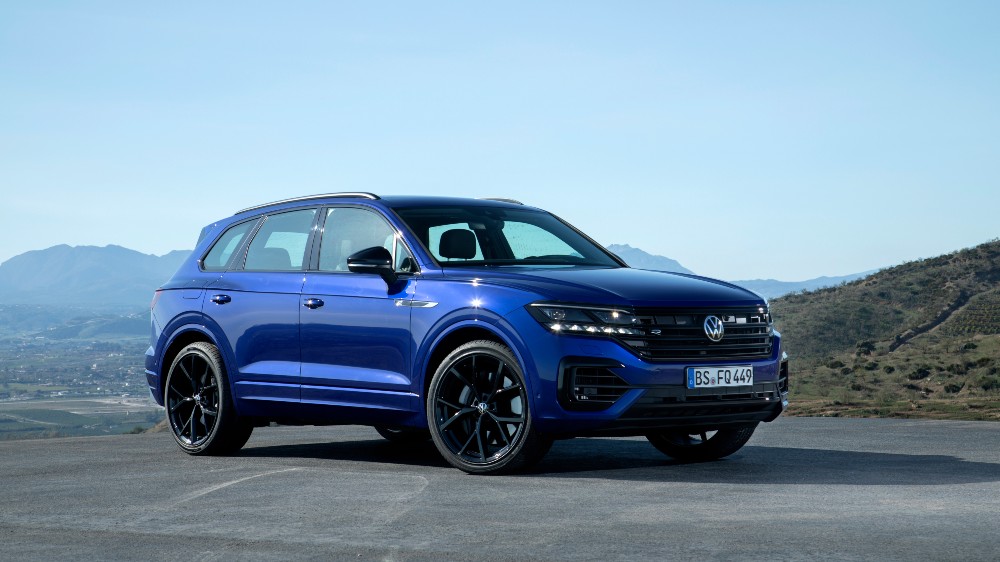 It’s becoming increasingly clear that automobile electrification doesn’t have to come at the expense of power. And now Volkswagen’s new hybrid Touareg R SUV has arrived to to underscore that point.

Set to debut at next month’s Geneva International Motor Show, the eco-friendly R variant of the German automaker’s most luxurious SUV has some serious oomph.  Thanks to its plug-in hybrid powertrain, the vehicle capable of producing a very impressive 456 horsepower, according to the brand’s press release.

The bulk of the latest Touareg’s power comes from its turbocharged 3.0-iter V6 engine. While that alone offers more than enough power for a mid-size SUV, the added 134 hp electric motor is what sets this particular model apart. Mated to an eight-speed automatic transmission, the vehicle’s hybrid powertrain complements an equally impressive 516 lb-ft of torque, ensuring that it’s up for any kind of trip, whether you’re simply commuting to work or driving through the mountains.

The Touareg R’s electric motor gets its juice from a 14.1-kWh lithium-ion battery pack, according to VW. While the automaker wouldn’t say how much range the SUV has when running in zero-emission E-Mode, it did reveal that it can reach a top speed of 87 mph in that mode. When you flip over to Hybrid mode, and its V6 and electric motor are running together, the vehicle tops out at 155 mph.

In addition to its hybrid powertrain, the Touareg has been given a sporty makeover with a “Black Style” trim package and blacked-out 20-inch wheels, though those can be bumped up to 22 inches. Other features include all-wheel drive, the company’s Travel Assist cruise control-like driving system and the ability to tow up to 7,700 lbs.

Unfortunately, just like the European performance wagons American auto enthusiasts have come to lust over in recent years, the newest Touareg R seems unlikely to make it stateside, at least for now. While the Touareg was originally sold in the US, Volkswagen hasn’t released a new model here since 2017.  But don’t lose hope: Last August, Audi announced that its immensely popular RS 6 Avant station wagon would finally be made available in the states this year. So miracles do happen.