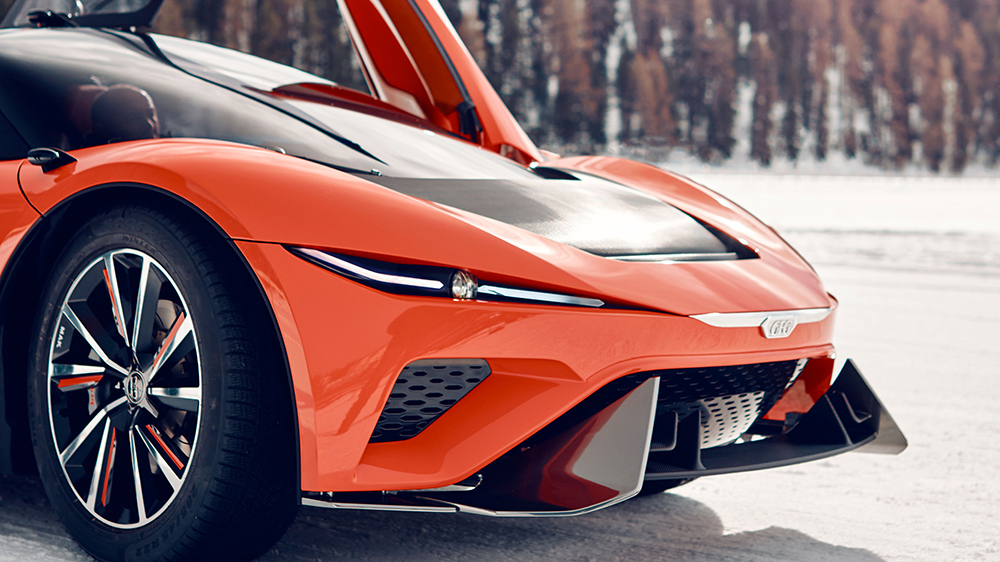 True concept cars are the lightbulb moments of the great car designers made real: sketch-pad doodles rendered in steel, carbon fiber and glass, displayed at auto shows looking like they’ve been time-warped there from 20 years into the future.

The very best can influence the looks of an entire generation of cars from a marque, as Cadillac’s Sixteen concept did in 2003, or inspire an entirely new breed of car. In 1976, New York’s Museum of Modern Art asked designers to create the checker cab of the future. Giorgetto Giugiaro proposed a taller, shorter vehicle that created more space in the cabin. He developed the idea in his Megagamma concept of 1978, which in turn inspired every minivan now on the road.

The US has always been a rich source of great concept cars, especially when its car industry was at its most successful and exuberant. Its first was the sensational Buick Y-job of 1938 by Harley Earl, head of General Motor’s famous Art and Color department. Earl imagined his cars of the future in an office called the “Hatchery” at GM’s Detroit HQ, which had no windows or telephone and a fake name on the door so he wouldn’t be disturbed.

Across town, Ford’s concepts were occasionally a little too exuberant. In 1958 it revealed the Nucleon, powered by its own nuclear reactor and good for 5,000 miles between uranium fill-ups. Exactly what would happen in the event of a heavy crash was never really examined. There was also the ’61 Ford Gyron, a two-wheel car balanced by a gyroscope, and the Leva Car, a 500 mph hovercraft with no brakes. But the best-known Ford concept of the period was the ’55 Lincoln Futura. Built by Italian coachbuilder Ghia, it was sold to Californian “kustom kar” builder George Barris, who painted it black and turned it into the Batmobile in ’66.

Some were silly. But some really did predict the future—or now—with their lightweight bodies, keyless entry, rear reversing cameras, sat-nav and collision-avoidance systems.

Sadly, not all modern concept cars are quite as inspired. It can take five years for a production car to be designed and engineered, and the exterior design is one of the first things to be signed off. So when a carmaker shows a concept car and then reveals the production version a year or two later, don’t be fooled. They’re not graciously responding to demand from an adoring public. Too many concept cars are just the still-secret-but-finished production versions, dressed up with huge wheels and mad features that will disappear on the car we can buy. Of the two dozen or so concepts I saw at this year’s Geneva auto show, around two-thirds of the manufacturers previewed an already finished production car.

But I’m still enthusiastic about the future of concept autos. Geneva also saw the unveiling of the Giugiaro Kangaroo: a crazy mash-up of hypercar and SUV. A great-looking, truly blue-sky idea from one of the great Italian design houses, it’s a proper concept car that proves the genre is still alive and well.

Generally, autonomy and electrification will free designers of the need to package bulky internal combustion engines, fuel tanks and forward-facing seats and steering wheels, giving them unparalleled freedom to reimagine how our cars look and operate. Most electric cars still seem like conventional cars, and privately their designers tell me that their employers’ focus is on getting customers to accept this new form of propulsion; asking us to accept new visual forms at the same time might be too much. But I’d urge those designers to exploit this new liberty. Be like Harley Earl. Ignore the customers and the managers, go into the Hatchery, close the unmarked door and just dream.