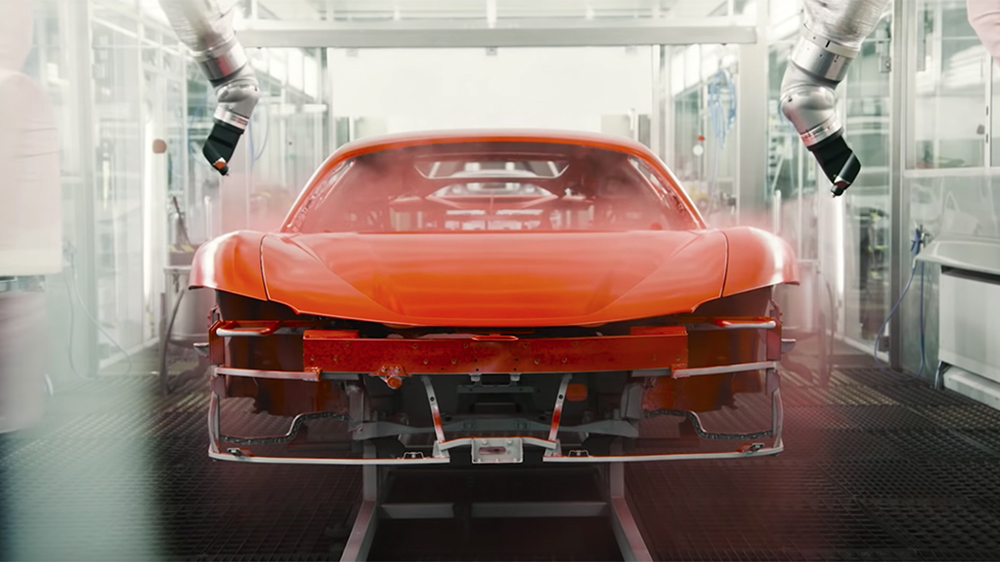 This year will see launch of what is probably the most exciting and important Ferrari in years. Even for an automaker that has repeatedly pushed the industry forward, the new SF90 Stradale is a journey into uncharted territory.

Not only is the car the marque’s first plug-in hybrid, it’s also its most powerful car yet. Powered by a combination of a 4.0-liter V8 combustion engine and three electric motors, the car churns out a mind-numbing 986 horsepower, and can go from 0-to-60mph in just 2.5 seconds and has a top speed of 211 mph. Not too shabby.

Though it was announced last August, the car is still months away from delivery. Fortunately, Ferrari has released a new 10-minute video to tide over enthusiasts until then. The beautifully shot clip charts all the care and detail that go into making the car. And thanks to a tense, pulsating techno score it’s got more than a little in common with Michael Mann’s oeuvre of films about professionals doing what they do best.

This isn’t the first time Ferrari has documented the SF90 Stradale’s road to reality with a slickly produced video. Last summer, the company released a Tron-flavored promo clip that details its unique powertrain. While nowhere near as entrancing as its latest vid, the video is still a necessary watch for anyone interested in knowing more about the highly anticipated sports car.