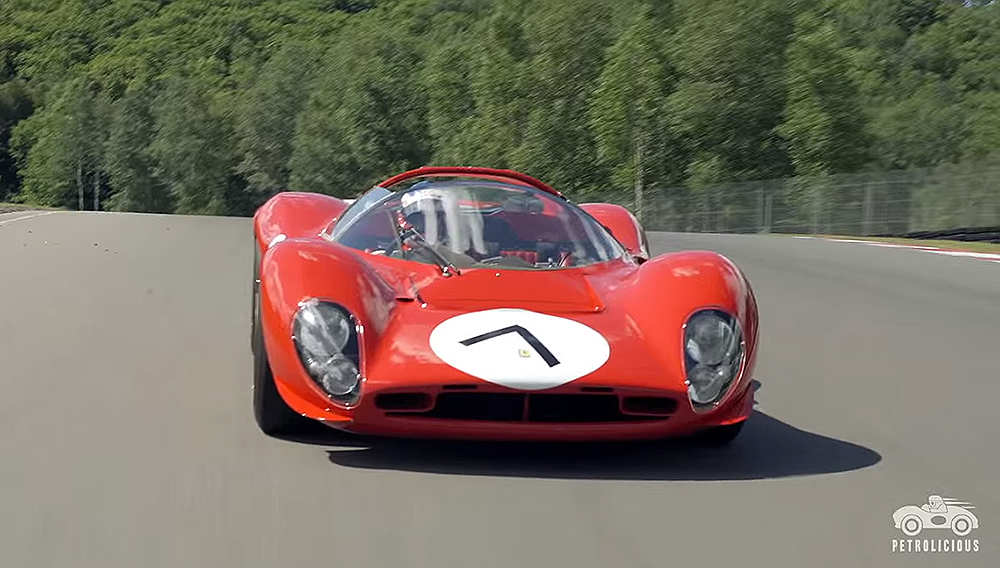 The 1967 Ferrari 330 P4 is incredibly rare because only four models were built (the one in this video being the only original P4 left in the world). However, according to Ferrari racing instructor Nick Longhi, the P4 is also incredibly rare because it is a racecar that almost anybody can jump right into and drive without a second thought. “It does everything right,” he adds. The 450 hp P4 was created to compete against the Ford GT40, which it did with great success. During the 1967 Daytona 24 Hours, Ferrari accomplished a 1-2-3 podium finish—with the P4 coming in second place. Thanks to RobbReport.com’s partner Petrolicious, watch as Longhi takes this historically significant Ferrari around the track to show off its intuitive performance chops and stunning design.