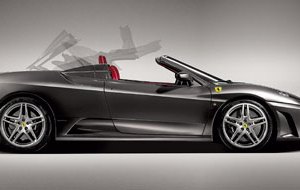 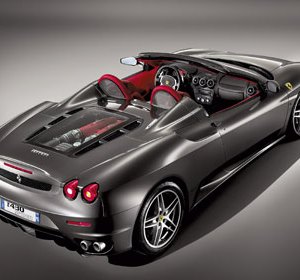 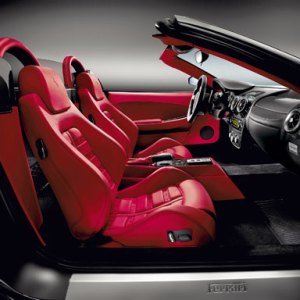 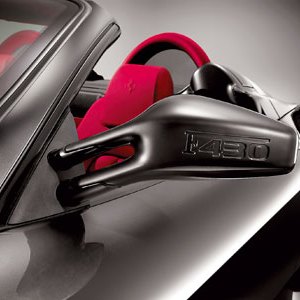 Driving any Ferrari is a glorious experience, but make it a spider, drop the top, and motor to a speed that is almost too fast, and the exhilaration approaches ecstasy. Ride that topless spider beneath a Michelangelo sky in mother Italy, through the wine, cheese, and ham regions around Parma and in Piedmont, with insistent BlackBerries and quarterly reports a million miles away, and you have a fix for any soul once thought terminally damaged by life’s pressures or by driving a Buick.

Ferrari’s managers evidently were aware of how the combination of car and country can thoroughly stir the senses when they charted the media drive that signified the launch of the F430 Spider (not the Spyder, because that spelling has been commandeered by Maserati, Porsche, Toyota, and Mitsubishi, although nobody—not auto historians, nor God, nor The Oxford English Dictionary—has defined the difference in spellings, let alone either term’s origin). The route took the splendid F430 roadsters and their pilots from the Palazzo Ducale di Sassuolo, a 16th-century masterpiece of murals, friezes, and trompe l’oeils that served as the medieval home to the dukes of Ferrara and Modena, to the Galleria Ferrari in Maranello, current home to such classic sports cars as a Superleggera, a Dino, and a 250 California. In between, the drivers were serenaded by Andrea Bocelli singing Giuseppe Verdi’s La Traviata and Rigoletto. More precisely, it was a Bocelli CD, which played at the villa that once belonged to Verdi at S. Agata, where cars and drivers stopped for alfresco morning coffee, and where Verdi’s descendant family gathered to appreciate an entirely different opera, the one that emanated from the exhausts of a dozen arriving and departing Spiders.

Lunch was pasta with a sauce of cream and Parmesan followed by a tiramisu chaser at Trattoria del Tribunale, a cafe ideal for grappa sipping and very long lunches in the company of judges, politicians, and writers. For an afternoon snack, the drivers paused at Maialarte, a small meat plant on the banks of the Po near Parma, where the family that owns and operates the business cures only the smallest and best of the butt—a 17-pound slice from a 500-pound porker—into succulent culatello ham. The shavings were sweet, with a hint of hazelnut and vanilla and just a whiff of a forest thicket.

Despite such exotic distractions, the stops did not detract from the $200,000 F430 Spider and a level of performance, athletic luxury, and aesthetics no less superb than that of the F430 Coupe, its predecessor and perhaps the finest Ferrari ever. The fuselage lines from nose to tail, the lighting clusters front and rear, the air intakes, dimensions, and proportions of the convertible are nearly identical to those of the hardtop. And these, it should be noted, were cribbed heavily from the Enzo, Ferrari’s supercar.

But the Spider, of course, is a convertible, and so its canvas lid resculpts the dorsal line. With the top up, the car’s low-to-the-ground silhouette falls somewhere between acceptable and handsome, its appearance suggesting relatively leisurely and confining cruising. With the fully lined canvas retracted, however, the Spider is stunning and seemingly more poised for high-speed business.

The his-and-her horseshoe roll bars and molded compound tonneau cover topped with twin fairings help to preserve the racy aerodynamics and the continuity of shape from the car’s snubbed and lowered nose to its rather lengthy, bobbed rear.

That top, incidentally, is completely automatic. It is opened and closed by nine electro hydraulic actuators in 20 seconds and tucked away vertically so that nothing obstructs the public’s view of the red cylinder heads and polished stainless steel plumbing of the mighty, 490 hp V-8 lurking under the transparent engine cover. The see-through lid is a significant feature, because to an Italian, a Ferrari engine is better sculptured, more cleanly contoured, more historically relevant, better accessorized, and more deserving of attention than is Sophia Loren.The downside of decapitating a coupe is an increase in weight attributable to clunky hood frames, the retracting mechanisms, and the heavy metalwork typically needed to strengthen the car so that the structure does not twitch and flex like spot-welded tagliatelle. But Ferrari, which has been building open cars since the 1940s, when it first produced its Barchettas, designed the F430 Coupe knowing that the F430 Spider would follow. Hence the Spider, which, like the Coupe, is aluminum, weighs only about 70 kilos (154 pounds) more and displays no noticeable body writhing or cowl shake, even when the car is powered up on stretches of deteriorating Tuscan asphalt.

Still, the absence of a top creates a hole that has a tendency to catch air and magnify drag. Therefore, the Spider’s top speed is down a mite, to 193 mph from the Coupe’s 197 mph. Quickness also is off a whisker, with the zero-to-60-mph time clocking in at 4.2 seconds instead of 4.1. Yet if the seat of anyone’s pants is able to measure such minute differences, please send us the name of your tailor.

The Coupe and the Spider, mechanically and technologically, are practically clones. They have the same engine and 6-speed transmission (open gate or paddle-shifted, the former quickly becoming as outmoded as curved-screen television), with console-mounted buttons for automatic and reverse. Both cars also are equipped with the same E-Diff electronic differential for quicker and better-balanced cornering.

The manettinos on the steering wheels of both the Coupe and the Spider are the same as the one that Michael Schumacher has on his weekend car. Translated from the Italian and F/1 parlance, a manettino is the anodized aluminum switch on the steering wheel used for selecting adhesion levels and shift points that best suit driver preferences and road surfaces. There are settings for driving on ice or in the rain, and for being sporty on the highway or even borderline stupid at the track.

Most important, the remarkable handling of the F430 coupe remains the essential characteristic of the F430 Spider. Because of that E-Diff and a full-length, full-width underpan melded to diffusers producing about the same down force as a falling building, the car does not just go around corners; it becomes a part of them, taming them, flattening them, until driving techniques previously considered outrageously daring become one’s new norms.