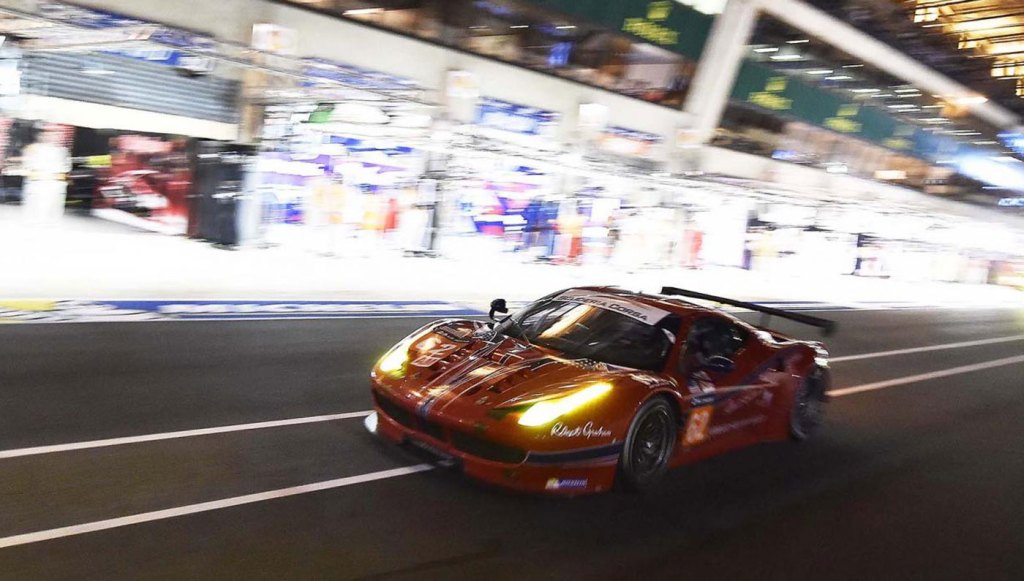 Humans have perhaps always held a fascination with speed, as the ultimate expression of athleticism, competition, even freedom: Look at how we gather to watch cycling and horse races, among others. Car racing is perhaps the most extreme speed competition—it’s certainly among the fastest. Watching a race is an adrenaline rush for the spectators, as cars bump and jostle for position, all going about twice the speed that most “civilian” drivers can claim to ever have topped out at—so just imagine how it is for the race drivers.

Townsend Bell is a professional IndyCar driver and competes at Le Mans (he finished third in this year’s 24 Hours of Le Mans); he’s also the host of the TV seriesWhat’Cha Got, in which professional soccer players learn to drive a Lamborghini through an autocross course. We talked with him about life behind the wheel.

Can you give a quick rundown on your racing experience?

I’ve been racing since 1997 as a professional. I raced F3000 for a while over in Europe and did some F1 testing, and then came back in ’04. Then I got back into IndyCar again. Right now I’m racing in SportsCars and the Indy 500. And I finished third at Le Mans this year. I race for Ferrari. In our class we race against Aston Martin, Porsche, Viper, and BMW. The cars look just like street cars, but with a big wing on the back. But aside from their appearance, they aren’t like street cars at all. The mechanical underpinnings are all racing specific. Instead of aluminum they use carbon fiber and everything is stripped down for weight. So there’s no creature comforts at all. It’s just a pure racecar.

How fast do the cars go?

About 200 mph. But 237 is the fastest I’ve ever gone, and that was in the Indianapolis 500. Driving the SportsCar in a lot of ways is nicer than the IndyCar because it has power steering, and air conditioning inside. But it’s still pretty damn physically demanding.

It’s a piece of cake until you have to turn. That’s what separates the racing drivers from the rest of them. You’re going at that speed and then you have to make a 90-degree left-hand turn. That’s when it gets exciting. But going straight at that speed isn’t that special or hard. The trick during the turns is to play chicken with yourself. How brave can you be? How hard are you willing to hang on?

Because it’s all about tire friction. You’re trying to balance the car’s speed with the limits of the tire’s grip on the track. The tires are sliding as you turn, and if you’re too conservative you’re not going to max out, but if you’re going too hard you’re gonna crash. In car racing, it’s that little dance between you and the tire that’s the difference between winning and losing.

When you compete at Le Mans, how long are you in the car for?

Well, it’s a 24-hour race, and I was in for 10 hours total in five or six different spins; each one is an hour or two. It’s probably the hardest race I’ve ever done. It’s just so physically demanding. You get exhausted because you only get about an hour of sleep and then someone wakes you up in the middle of the night. It’s a tough racetrack, and man I was beat up after the last time we raced it, for sure.

I lose six or seven pounds of water during that race. It’s two or three days before you feel like sitting in any kind of car. And you’re worn out mentally as much as physically. Your wrists are sore, your hands are blistered, but mentally it takes such total intense focus for long periods of time with high consequences for getting anything wrong.

How do you push through when it’s that hard?

Adrenaline sorts you out. And if you mix in a little espresso you’re good to go. Racing has a unique way of forcing you to focus. You don’t have any other option. If you were awake for 36 hours, and then got one hour of sleep and had to go rock climbing without a harness, your body would force you to focus. Racing is the same way.

So why racecar driving? What’s the draw for you?

Competition; the opportunity to test myself against the best in the world, and the thrill of winning when you get it right. Most times you don’t… but when you do, it’s sweet.