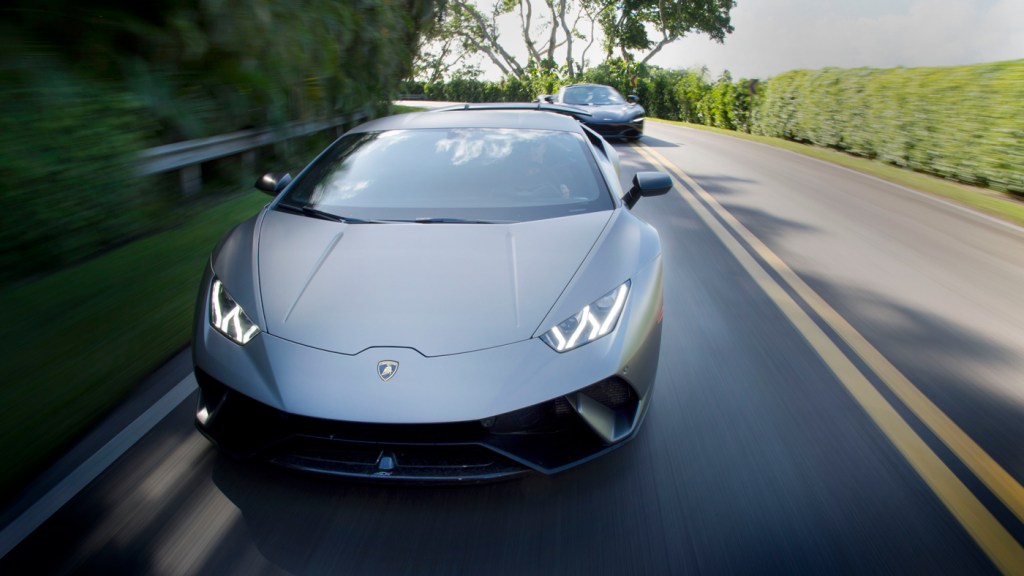 Robb Report’s Car of the Year says a lot about the auto industry as a whole. Sure, it’s easy to insulate oneself in a luxury bubble, a rarefied galaxy illuminated by the highest-end sports and luxury stars. From that vantage point, cars just don’t get any better. But there’s good news for all: What starts at the top trickles down to the bottom, like the legs of some 100-point wine running down the side of Riedel’s finest crystal.

In the automotive world, every segment benefits. Those same state-of-the-art advancements in performance, efficiency, comfort, connectivity, and safety that make benchmark brands like Rolls-Royce and Bugatti better each year affect every vehicle—from subcompacts to pickup trucks.

Start with power. Push the button, turn the key . . . and you’ll feel it. Everyone has raised the horsepower ante. Ten years ago, in the high-power stakes, 450 hp was the equivalent of a full house; now, it’s barely a pair of deuces. Today’s royal flush is 1,500 hp, and it’s not uncommon for “average” cars to boast 300-plus hp. Our own 2018 COTY stable of 13 standouts averaged 611 horses per stall!

But it’s not just about power. As cars become quicker, faster, and more capable performers, they also consume less fuel and produce fewer emissions. New materials like aluminum and composites combine with manufacturing processes that result in a substantial reduction in environmental impact around the globe.

And technology hasn’t just brought light-years of advancement with connectivity and amenities. It’s also brought safety—the most valuable advancement, enhanced by passive driver-assistance systems that began with ABS decades ago and today include systems that scan a driver’s eye movement and alert sleepyheads nodding off behind the wheel.

Of course, industry watchers and clairvoyants say that pretty soon we can be asleep at the wheel. Except there won’t be a wheel at all because the car will be driving itself. Not so fast, buddy boy—the jury’s still out on whether autonomous vehicles will usurp the joy of steering, pushing the pedals, and being in control. After all, for people who love cars—and that’s certainly anyone reading about Car of the Year—it’s all about driving.

The innovative headlights of a Car of the Year contender  Photo: Courtesy Paul Dimalanta.