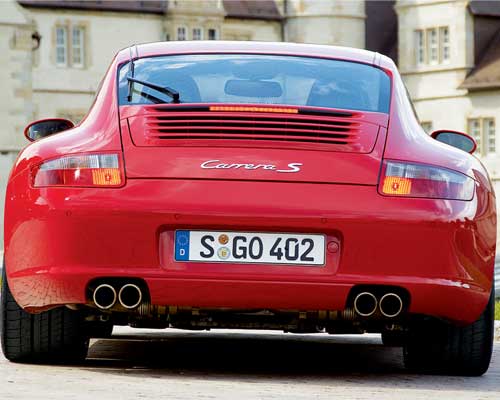 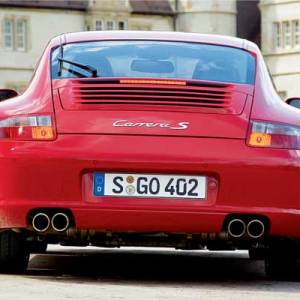 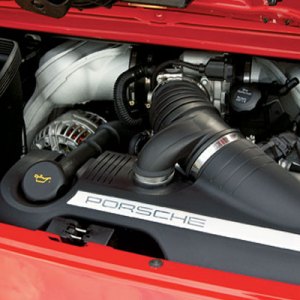 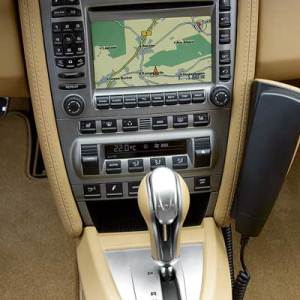 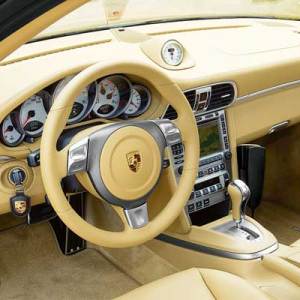 If the 2005 Porsche 911 has indeed been in development since the fall of 1998, then it could appear—at first glance, at least—as though the German automaker’s designers took plenty of draft and knockwurst breaks while working on the vehicle. To the casual observer, the new 911, which sports the 997 designation in Porsche’s lexicon, appears hardly changed from the 996, its outgoing predecessor.

To this concern, Porsche’s executives and loyal owners respond, Why on earth would the 911 significantly change its appearance? If Porsche is going to venture further afield and demonstrate its stylistic leadership, it will not be with this car; 911 customers, both old and new, want this form—available first in Carrera and Carrera S models, with the Turbo soon to follow—and nothing else. “This is obviously a delicate process, and in the case of the 911, it will always be more delicate than for any other car,” says Bernd Kahnau, Porsche’s manager for the Carrera product line. “Evolving a successful and much-loved formula was the better path.”

Several other manufacturers recently have introduced radically new designs for their signature cars, and the results have been mixed. BMW altered the 7 Series to the outrage of many of its customers—although the car’s performance has gone a long way to quiet their rancor—and Mercedes-Benz released a sportier SL to unanimous applause.

But neither the 7 Series nor the SL was considered sacred, as the 911 is. For Porsche, this sanctity is both a blessing and a curse: Most of the 911 worshipers will remain faithful to the model, but the rigidity of the car’s design might prevent it from gaining broader appeal. “The spirit of the car is so clear,” says Stefan Knirsch, general manager of Porsche engine development. “Also, of all Porsche marques, the Carrera name has the most faithful customers. These factors mean that we do not have the same freedom as when the job calls for a completely new model.”

Although Porsche Chairman Wendelin Wiedeking frequently announces that the current 911 remains popular, Porche sold 20 percent fewer in 2003 than it did in 2002. Perhaps this drop in sales can be explained by the releases during that same time period of the Maserati Coupe, Jaguar XKR, Lamborghini Gallardo, and Mercedes SL and its AMG variants—all vehicles offering performance and prices  that are relatively comparable to those of the 911.

The sluggish sales, which, for Porsche, were offset by the popularity of the Cayenne, may also have been a matter of 911 prospective buyers, eager for the keys to the 2005 model, postponing their purchases. Such is Porsche’s hope as it rolls out the familiar-looking 997. The carmaker has made some visible alterations, but they are subtle.

The outgoing 911, like the Boxster, features front-end lighting integrated into a single unit. To make the 997 more distinct from the Boxster, Porsche gave the 997 separate headlights and signal lights, similar to those on the air-cooled 993 vehicle, which was offered in model years 1994 to 1998. The 997 also has fewer but larger rear cooling vents, pull-out door handles, more pronounced fender flares above the wheels, and a larger flush-mounted rear glass. “The design is nurtured rather than redesigned,” says Grant Larson, Porsche’s head of advanced exterior design. “We concentrated mostly on the tautness of the surfaces, clarity of form, and visual elements such as cut lines [between sheet-metal panels] and lighting units.” In other words, the modifications will be apparent only to an enthusiast—a description that fits the typical 911 owner.

Since its introduction in 1963 at the Frankfurt Motor Show, the 911 has dominated the performance-car niche, with Porsche tinkering only slightly with the styling of subsequent iterations. The subtlety of the design progressions reflects how spot-on Porsche landed with the inaugural model.

If Porsche was ever off target with the 911, it was with the interior, but the 997 addresses this issue. The entire instrument binnacle is covered in the same piece of stitched leather as the rest of the dash, instead of inserted on top of it, lending a more cohesive appearance to the cabin. Owners can choose from four different leather-covered seat types, including snug sport seats. Because the seats are positioned lower than in the previous 911, and because the 997 is 1.5 inches wider than the 996, there is more space for shoulders and knees. And unlike any earlier incarnations, this one offers a steering wheel that tilts and telescopes.

However, for a sports car such as the 911, the changes that count are the ones that make the vehicle quicker and nimbler. These improvements become readily apparent during a test-drive on the fast and twisty two-lane stretches of Niedersachsen and Nordrhein-Westfalen in Germany’s northwest region.

In a straight line, the 3.6-liter Carrera takes 4.9 seconds to reach 60 mph, and the 3.8-liter Carrera S requires only 4.7 seconds to complete the sprint. On one section of the autobahn, both cars reached their top speeds: 177 mph for the Carrera and 182 mph for the Carrera S. Well before reaching those velocities, you will notice a more balanced drive: better steering sensations, better suspension behavior, and more stability than the outgoing 911. When driven at speed on curve-filled roads, the essentially passive front end of previous rear-wheel-drive, rear-engined 911s usually felt a little light. (This is not surprising, given that all of the power comes from the back of the car.) But in the 997, this sensation is gone.

New on the vehicle are the adaptive dampers of the Porsche Active Suspension Management (PASM) system. While motoring along in the Carrera S, I switched between PASM Sport and PASM Normal by pressing the two buttons at the bottom left of the center dash to stiffen and loosen the dampers. The difference between the two settings is glaring. The feature, which is standard on the Carrera S and an option on the Carrera, lowers the 911 by 0.39 of an inch. A separate option is an all-out sports suspension that stiffens things considerably and permanently lowers the car 0.79 of an inch.

The $69,300 Carrera offers a familiar power delivery and high-pitched resonance. “It is a bit of a secret, but we must maintain the slight raspy quality and even mix in a little whine,” says Rudy Hermann, Porsche sound engineer. A huskier voice ema-nates from the 355 hp engine aboard the $79,100 Carrera S, primarily because a Helmholtz resonator has been incorporated into the air intake tube leading out of the air filter unit. (Hermann von Helmholtz was a 19th-century German physicist and physiologist who experimented with sound resonance.) Under harder acceleration, the resonator’s valve remains closed, producing the 911’s unique battle cry. During less-sporting situations, the valve opens to quiet things down. “The 911 engine has always evolved, and more development time and money were naturally put into the 3.8-liter,” Knirsch says. “This is why the 3.6 in the Carrera was not given the Helmholtz unit. The 3.8-liter is the engine of the future, but the 3.6 will remain available for a few years yet.”

When owners of super GTs gather, those with Ferraris and Lamborghinis and Aston Martins often pop the hoods to show off their cars’ power units. Porsche owners declare that they do not need to strut their wares, but the truth is, there has never been much to strut. Open the rear lid on an older 911 and you will expose an unattractive and tightly packed tangle of metal and rubber tubes. This is changing, as the 997 marks the first time that an engine bay design team—led by Otto Geffert and Heinz Redlich—worked on a 911.

To create some room, Geffert and Redlich moved the battery jump points into the front cargo space with the battery. According to Knirsch, the engine, while near its capacity limit at 3.8 liters, is slightly more compact, and the black air filter is as flat as possible. “Now we’d really like to incorporate some color into the engine bay,” says Wolfgang Dürheimer, executive vice president of research and development. “Perhaps a Porsche red or yellow would look good.”

The 997 is the swan song for Harm Lagaay, a 15-year Porsche veteran and former design head who left the company shortly before the car’s introduction. Michael Mauer, whose credits include the Mercedes SLK and the Smart roadster, DaimlerChrysler’s minicar that may arrive in the United States in 2007, took over as design chief on August 1. Mauer has several years before he needs to begin work on the 997’s successor, but as designers before him have learned, the number of ways left to improve the 911 become fewer with each generation.