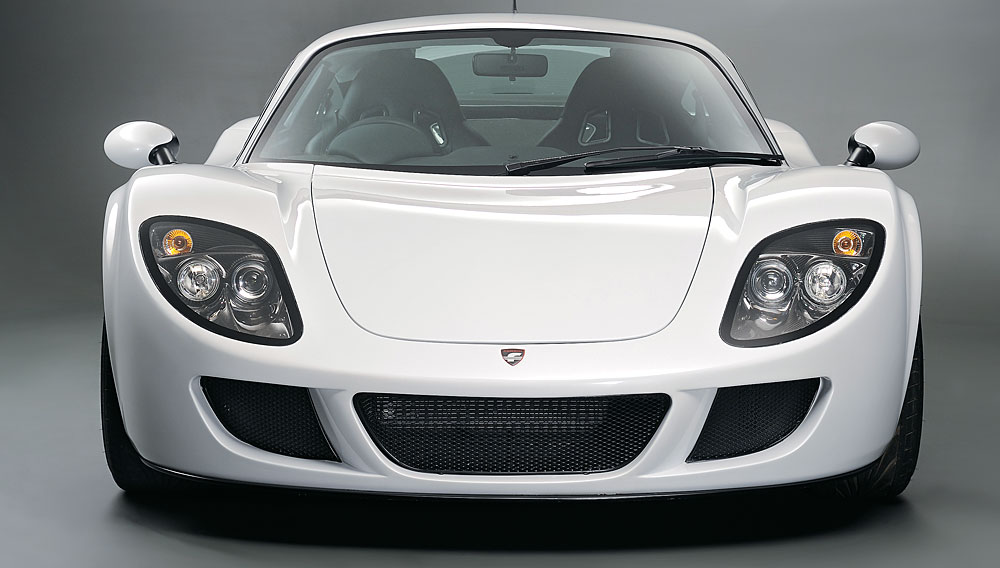 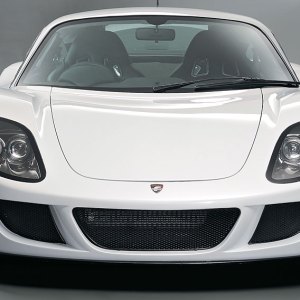 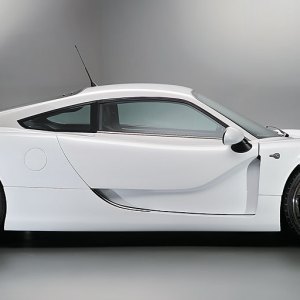 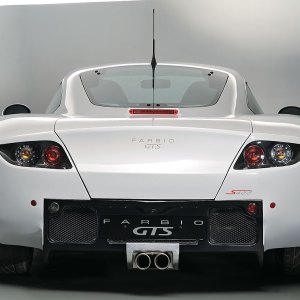 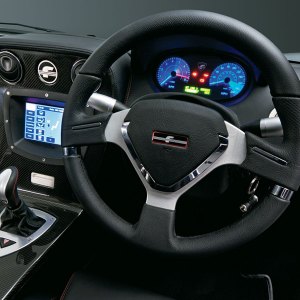 It’s easy to drive right past the headquarters of Farbio Sports Cars, the United Kingdom’s newest—and perhaps coolest—maker of exotic cars. A wooden plaque more suited to a nature reserve than a car-manufacturing plant marks the entrance. But such a subtle sign also seems appropriate, given the facility’s location in the rolling, green Cotswold Hills, a stone’s throw from the postcard-perfect city of Bath.

When I arrive one January morning at the honey-colored stone barn that houses the production line, Chris Marsh, Farbio’s 52-year-old managing director, is outside in the courtyard, polishing the GTS400 that he is going to lend me for the day. The car is a mid-engine, carbon-fiber-bodied 180 mph coupe with a brand name that recalls a certain blond beefcake model—especially when it is pronounced with an English accent. “Ha!” Marsh responds when I give in to a sophomoric urge and mention Fabio, the cartoonish Italian model. “I knew this would come up. We know about him, and we’re not scared of any confusion. We might initially get some ribbing, but I think Farbio will be around long after that chap has retired.”

The company’s name actually represents a rebranding, from Farboud. In 2004, the Iranian entrepreneur Arash Farboud asked Marsh to manage his newly formed Farboud Sports Cars. Farboud eventually left to pursue other ventures, and in 2007, Marsh bought out his interest in the company. Marsh renamed the brand Farbio (similar-sounding, he says, but catchier than Farboud), and he spent $8 million redeveloping what would become the GTS400. Farbio, which began deliveries of the GTS400 last summer, is expected to produce 400 of these $160,000 automobiles (depending on exchange rates) over the next five years, including 150 for the U.S. market. As of May, Marsh had no U.S. distributor, but he was planning to announce a deal by the end of the summer.

In contrast to Farbio’s quaint setting, the company’s production methods and the GTS400’s construction are thoroughly modern. The car’s space-frame chassis—built by hand but designed using the most sophisticated CAD software and computational flow dynamics—consists of steel sections that have been laser-cut to ensure precision. Farbio cloaks the chassis in a 78-piece carbon-fiber body that is stiff and ultralight (the GTS400 weighs only 2,306 pounds). Farbio employees create this bodywork using Marsh’s own autoclaving system, which he says is considerably more cost-efficient than the methods that Ferrari and Koenigsegg employ. The result of these efforts is impressive: Nothing about the appearance of the GTS400 suggests that a boutique builder produced it. The shut lines are tight, the detailing is neatly executed, and the vehicle’s wind-tunnel-honed shape is clean and compellingly coherent.

Marsh hands me the keys, and I drop down into the grippy leather bucket seats. I sit low but upright, with a panoramic view of the road that is framed by the car’s raised wheel arches. I adjust the wing mirrors and enjoy a lovely view over the car’s haunches.

The cabin is deceptively spacious, capable of comfortably accommodating a pair of lanky six-footers, plus a set of golf clubs in the trunk. The interior’s leather and suede are hand-stitched, the plastics are soft to the touch and flush-fitting, and the doors shut with a reassuring thunk.

I fire up the engine, which sits just behind my shoulders, and let it settle down to a rumbling, throbbing idle. It is a Ford-sourced 2,967 cc V-6 fitted with upgraded connecting rods and trick pistons to boost its high-rev durability and reduce its compression ratio. The engine also has a Rotrex blower that helps it generate 410 hp at 6,500 rpm. Driving the rear wheels through a 6-speed manual transmission (also Ford-sourced), the V-6 rockets the Farbio to 60 mph in just 3.7 seconds, which is quick enough to breathe hot and heavy down a Lamborghini Gallardo’s collar.

When I snick the stubby gearshift into first and hit the accelerator, the machine surges forward with inertia-free immediacy, the way only a lightweight car can. The GTS400 reminds me of a Lotus Elise—a larger, more refined, and more sophisticated Elise.

From idle to the engine’s mid-range rpm, the Farbio accelerates relentlessly, regardless of which gear it is in. At 4,000 rpm, when the supercharger begins spinning hard, the coupe moves rapidly enough to elicit an expletive or two from me. When the engine rips through to its 7,000 rpm redline (the rev needle cleverly changes from blue to red at 6,500 rpm), I drop down a gear and bury the throttle, just to hear the engine howl.

If this ground-hugging missile’s speed does not instantly hook you, its sound will. The supercharger’s whine and a dump-valve whoosh accompany a thundering exhaust note on every redline run, creating an exhilarating wave of noise that crashes into the cabin. As I pilot the GTS400 through a series of bends, I understand why Marsh was so keen to keep its weight down: The car feels both alert and secure as it changes direction with precision and no unwanted body movement. The steering is responsive enough for me to pour the vehicle through one fast corner and into the next, fluidly and confidently.

The Farbio shows no edginess, no twitchy tail or nervous nose. I throw into a tight high-speed corner, and it follows its given line. And despite all of the car’s torque, it takes great provocation to unstick the rear end and produce a smoky sideways drift.

In addition to its well-honed dynamics, the GTS400 offers a beautifully damped ride quality. The long-travel suspension is surprisingly compliant, sponging away all but the worst intrusions. It produces a stance that is composed and comfortable around town and at highway speeds, but taut and controlled when pushed. And the superb AP Racing brakes slow the car effortlessly, no matter how enthusiastically you drive it.

I return to the Farbio factory to take a quick blast in the entry-level GTS model, which is priced at about $135,000. It is equipped with a naturally aspirated 260 hp version of the engine that powers the GTS400. This car has the same lightweight agility and scalpel-sharp responses as its more powerful sibling, but where the 400 is gut-wrenchingly quick, the GTS is just brisk. I would take the 400 every time—and Marsh is hoping Farbio customers will do the same. Deliveries of the standard GTS began in early 2008, and Marsh plans to produce 150 a year by 2011.

It might seem dubious for a relatively new and unknown brand to launch a $160,000 car in today’s frosty economic climate, but Marsh remains undeterred. He expresses confidence that the GTS400—with a price generally comparable to those of the Audi R8, BMW M6, Porsche 911 Turbo, and Aston Martin V8 Vantage—will appeal to drivers looking for a car that is distinct from those more mainstream models. “Discerning buyers,” he says, “will want it because it’s not a Porsche or an Aston.”