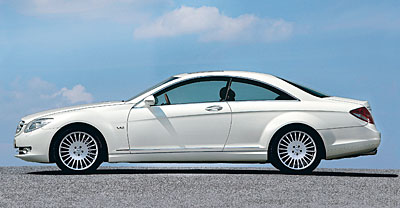 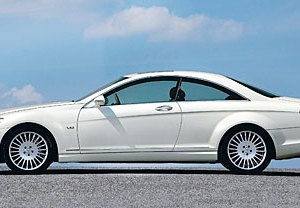 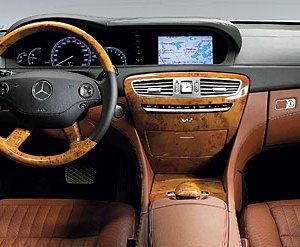 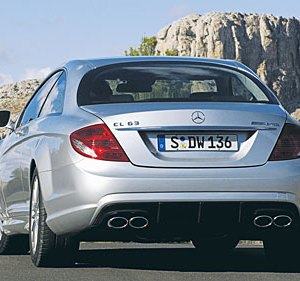 The latest Mondial de l’Automobile—known outside of France as the Paris Motor Show—was genteel, distingué, très chic, and very French. The biennial event, which took place in October, seemed to include as many fashion models as automobiles, and they more than matched the cars’ sultry looks and sensual curves. Toutes les femmes, fresh from recent issues of Vogue, stood poised, aloof, and runway ready. One, posing topless but saved from total exposure by a coat of sea green paint, added much-needed zing to a pea green Zest, a two-seat, 2-cylinder, thermoplastic roadster.

Other European cars dominated the main hall. Alfa Romeo’s wicked 8C Competizione coupe, the elegant Peugeot 607 Berline sedan, and the feisty Renault Mégane Sport led a list of vehicles that Americans should be driving. Citroën displayed some 30 vehicles on what was at least two acres of floor space, but General Motors was shunted to a remote outer hall—out the door from the main hall, across a street, past a French Foreign Legion recruiting booth, up the world’s longest escalator, and into the next arrondissement. It would be base to suggest this relegation was Gallic retaliation for America’s taste for freedom fries.

Audi revealed its future by displaying the $120,000, mid-engine, 420 hp R8 sports car, which is based on the Lamborghini Gallardo but is better looking. Rolls-Royce announced its intention to produce a slightly smaller, marginally lighter sedan that, at $250,000, also will be fractionally less expensive than the Phantom. Mercedes-Benz used the occasion to unveil the McLaren 722, a 650 hp hired killer that will deliver a top speed that is considerably faster than 200 mph. Production will be limited to 150 cars, and most have been sold, which perhaps is why Mercedes did not announce a price.

Mercedes further fed this Parisian potpourri by introducing a cluster of new cars, three in all, as the next generation of CL coupes. In doing so, Mercedes has made its alphanumeric soup even thicker. The new CL-Class is not to be confused with the lowly C-Class, which barely holds its own against baby Bimmers and adolescent Audis. While CLs are welded firmly into a category reserved for gorgeous cars, they also deliver flawless luxury from switch gear to door panels, innovative and highly usable technology, and performance that makes quicker and safer drivers of us all.

The amuse-bouche is the CL550, which is powered by a relatively basic, albeit extraordinarily smooth 5.5-liter V-8. The engine produces 388 hp, or just shy of a third more muscle than the 5-liter V-8 in the CL500 that it has replaced. The 7-speed automatic transmission remains with the new model, and it still shifts, flows, and propels freely. With the added power, the CL550 races from zero to 60 mph in just under six seconds, and its top speed is a governed 155 mph. The CL550 arrived in the United States in December with a price tag of about $100,000.

The first course is the CL63 AMG, which has a 6.2-liter V-8 built entirely by Mercedes’ speed and performance division. The engine is a 518 hp version of the new powerplant that rapidly is cross-pollinating the company’s entire lineup. In a side-by-side scramble to 60 mph, the CL63 will finish almost one second ahead of the CL550.

The main course on this Mercedes menu is the CL600. It looks like a CL550 and squawks like a CL550, but beneath its hood is a biturbo, 6-liter V-12 stirring up 517 hp and 612 ft lbs of torque—more than enough power to intimidate and even humble other luxury coupes. Its zero-to-60-mph time of 4.5 seconds betters the Aston Martin DB9’s and comes close to tying the Bentley Continental GT’s.Although each member is unique, the CL family has a commonality. All of the cars borrow many parts and systems from Mercedes’ S-Class, and so they can be seen as two-door versions of the flagship sedan. They are 3 inches longer, three-quarters of an inch taller, and a half-inch wider than the members of the outgoing CL line.  The trunk is shorter but has more luggage room, and the cabin is longer. Yet this also is a lovely lady with guns: Its flares are perfectly proportioned for their alloy wheels, and its stance conveys the message that it might be a good idea to move aside—if only to get a better look at one of the most alluring derrieres in the business.

The CL interior is both discreet and exquisite, with quilted Alcantara head linings that feel like brushed suede, and leather upholstery that is as soft as liquid. The seats can be fitted with a massage function that will undo lumbar knots caused by long-distance driving. The dashboard navigation system is nearly flawless and as easy to use as a PC. Six minifans embedded in the seat cushions and backrests will keep you dry and cool in the summer, and each seat has its own surround sound and climate control. Altogether, these features invite you to sit back, relax, and do little more than steer and monitor the scenery changes.

Every CL, even those with only standard equipment, contains more technology than most science museums. A more sensitive, faster-reacting suspension-monitoring system virtually has eliminated pitch and roll. The bi-xenon headlights illuminate far ahead and to the sides, and an infrared system, with a cockpit display, enables you to better see anything that might wander into your path at night.

Should you daydream and close in too quickly on a car in front of you, visual and audio signals will warn that a rear-ender is imminent. And if you fail to react immediately, the car automatically will apply as much as 40 percent of its braking power. When you do hit the brakes, full stopping power arrives instantly.

A radar system that could be called Parallel Parking for Dummies not only measures and approves possible parking spaces, but also displays the selected site on a monitor and establishes the correct steering angles and lines of entry. Follow those directions and you can achieve perfect docking with only two turns of the steering wheel—without any blasts of the horn or rude gestures from drivers intolerant of dithering.

The CLs are big cars that drive small, although anything weighing more than 4,000 pounds is quite a load to be slinging around a pregnant ewe on the Mediterranean island of Majorca, where during a test-drive the inland roads were rife with jaywalking sheep, herds of goats, tour buses, tractors, and endless skeins of bikers and hikers. When performing such extreme maneuvering, you are reminded that the CLs are not sports cars. They proved to be better suited for a later drive on long stretches of loosely patrolled autobahn outside of Munich.

The CL550 is by far the most family-oriented of the lot. It offers an almost sedate response to the touch of hands and feet, but still possesses an inner animal, should your inner boy decide to play. The CL600 is heftier, and its steering is not as precise as that of its siblings. At speed—say, 140 mph—the car begins to float. Ergo, consider the CL600 more of a GT car.

Our favorite of the three is the CL63 AMG. At an auto show, the car might not be able to upstage a runway model donning only body paint, but it is built to gallop. It rides stiffer, feels tighter, and is as comfortable when ambling as it is when challenging the world.