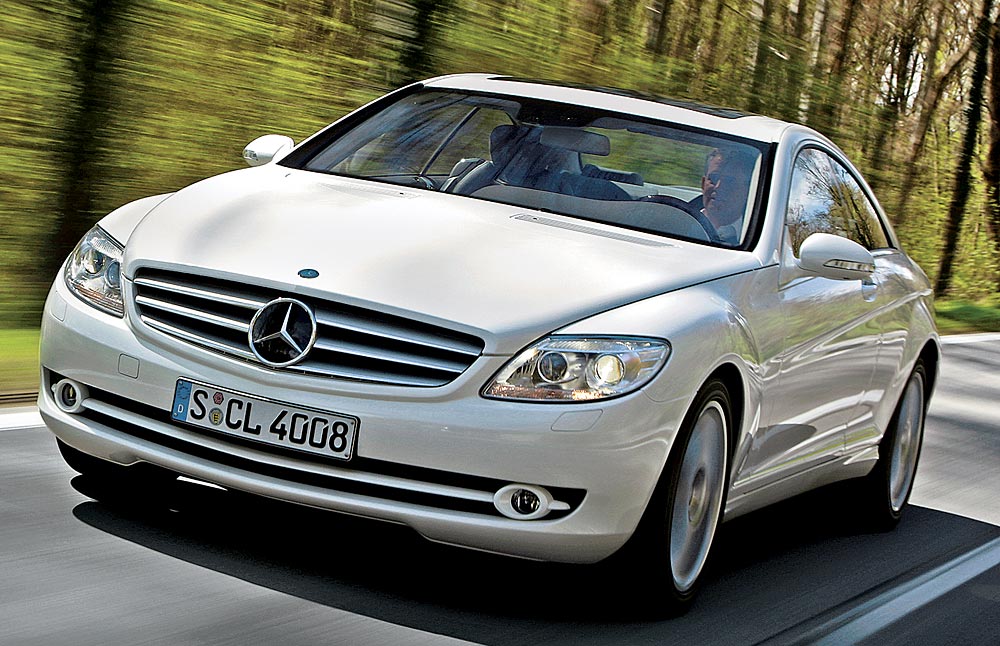 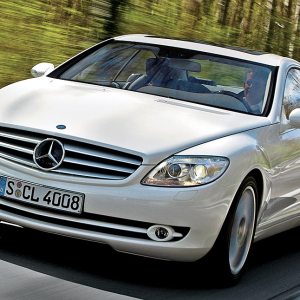 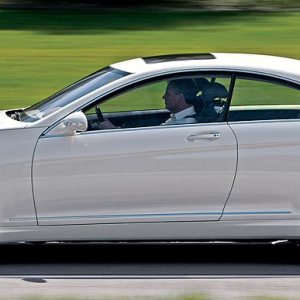 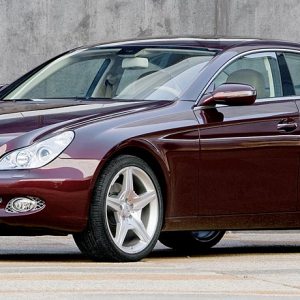 Mercedes-Benz never snoozes. When not adding to a seemingly endless and ever-morphing inventory of braw and often brutally powerful motorcars, it concentrates its energy on nipping and tucking the collection from the prior year. This summer, the highly successful CL and the sensual CLS, with barely a frown line or age wrinkle between them, will receive full face-lifts and at least one implant.

With the CL550, the main upgrade for ’09 is the addition of all-wheel drive, creating a variant of the flagship coupe that will enter sales brochures as the CL550 4Matic. Mercedes, of course, has been building four-wheel-drive commercial vehicles for more than a century. The 4Matic system first blessed a passenger car in 1985 and now enhances Mercedes’ lineup—from M-Class SUVs, to the E-Class of Munich taxicab renown, to the mighty S-Class Panzerwagen.

In ?American showrooms, the CL550 4Matic will cost about $110,000 and bring a distinct edge to the entry-level CL. Apparently the system does not play well with the sophisticated suspension and traction electronics of others in the CL family, and so the mightier, V-12–powered CL600, the V-8–propelled CL63 AMG, and the CL65 AMG are destined to remain rear-drive only.

The 4Matic is a full-time process integrated into the CL’s 7-speed automatic transmission, a perfect box of sublimely spaced cogs that in any driving configuration, at any speed, no matter the dunderhead at the wheel, shows the smooth, long, fully coordinated, efficient legs of a marathon runner—particularly when orchestrated by paddle shifting.?A center differential varies front-to-rear torque and distributes grip appropriately, with, under normal conditions, 55 percent of power going to the rear wheels. That, says Mercedes, will give skilled drivers the poise of rear-wheel drive that allows throttle oversteer while minimizing the risk of spinning the car. In addition, the 4Matic’s standard traction control provides side-to-side power proportioning and balance so that in really ugly conditions the car will continue forward with power serving only one wheel.

Unfortunately, Mercedes chose to unveil the CL550 4Matic to the media in Vienna, home of ?the waltz, ?Wiener schnitzel, Sigmund Freud, and Harry Lime and his Café Mozart hangout. So the 4Matics, despite the tease of some snowy peaks in the far distance, were confined to courses cutting through and around eastern Austria on roads that were dry and smooth, with every corner and curve clear of marbles and mud.

Despite this lack of slipperiness, the hidden blessing of our Danube travels was the opportunity to get friendly again with the CL, which any automotive tribunal would consider one of the finest coupes for all continents and all customers. It has an unassuming smoothness that Audi and Lexus strive to emulate yet remain whiskers away from achieving. ?The center console is a curving sweep ending in a hummock of rich woods and a discreet, chic Art Deco clock that is more like a vintage wristwatch. Every knob, switch, lever, and button is ergonomically welcoming to the touch and operates intuitively.

The vehicle engages the senses with aromatic leathers and sparkling stainless steel accents within a cabin that coddles while crossing that faint line between full luxury and absolute elegance. Mercedes has invested considerable thought in this car. It helps, of course, that the development cycle of the CL has been an extended evolution that began almost three decades ago with the SEC coupes of the early ’80s.

Such teutonic ingenuity reappears in the lighter, less expensive, and nowhere-near-as-regal CLS family. ?The miracle with this model is its wildly, and widely, applauded silhouette. It swoops and crouches. It is a coupe, yet it has four doors.

Other carmakers are pillaging this revolutionary design for their own automobiles—most notably Porsche’s Pana­mera four-door, Aston Martin’s proposed Rapide, and Jaguar’s new XF sedan. Yet the design remains a Mercedes-Benz original that stands tall among the company’s mechanical accomplishments: the pioneering of air bags, antilock brakes, and traction controls, and, not incidentally, Karl Benz’s original invention of the first automobile.

Peter Schmidt, director of the CLS program, has an explanation for this aesthetic miracle: “Optical illusion,” he says. Schmidt borrows a reporter’s notebook and sketches three lines. “Here, the roof. Then high—very high, up to here—a shoulder line running front to back. Then the beltline. All converging and meeting at the rear.”

The result recalls the drawings of French auto designer Robert Opron and his ’70s covey of Citroëns, many of them four-doors with teardrop lines ending in the creation of the fastback. Schmidt acknowledges the similarity, and the compromise—reduced headroom for all, particularly for rear-seat passengers. On the other hand, he counters, how many times per year are there four people in your four-door?

For 2009, the $70,000 CLS550 and the $95,000 CLS63, enhanced by AMG’s Blitzschnellmeister, retain the trompe l’oeil lines that make these four-door sedans look as svelte as two-door coupes. Less than four years old, and based on the E-Class, the slightly oversized midsize CLS got a nose job that reduced the original four-bar grille to two slats. External mirrors are larger and plumper. Wheels are split-spoke, 18-inch alloys. A redesigned rear bumper, with dual trapezoidal exhausts and triangular, corner-mounted taillights, tops off the enhancements.

Muscle remains the same from untouched mechanicals, with the CLS550 delivering a very useful 382 hp and 391 ft lbs of torque from its four-valve, 5.5-liter ??V-8 engine. ?And of course, for the price-wise and power-hungry, there is always the CLS63 by AMG, with a 6.2-liter V-8 that produces 507 hp and 465 ft lbs of torque—90 percent of which is available at only 2,000 rpm—yet is flexible enough to spool up to 7,000 rpm. That translates into some impressive performance figures, like a zero-to-60-mph time of 4.3 seconds, which will blow any BMW or Lexus off the showroom floor.

All of which further proves the premise and promise of the world’s oldest automotive company: ?As long as there are hours to spare, Mercedes-Benz will be beavering away at a myriad of alternatives for broadening our driving pleasure.