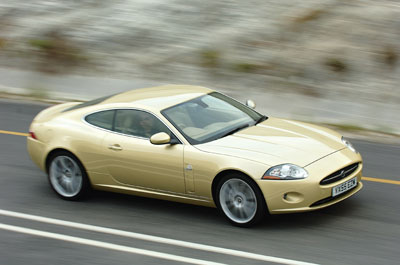 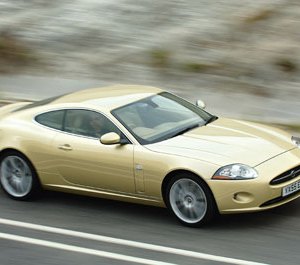 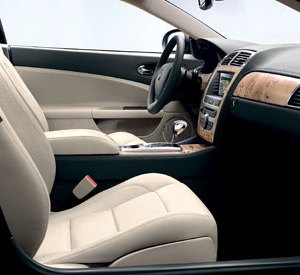 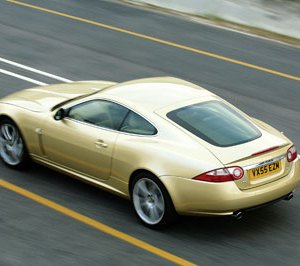 Jaguar’s 2007 XK8, the latest in a decades-long line of ever-lithe athletes, has been under indictment since it was presented in its concept-car phase last spring. It had the same old oval grille from the 1960s, the same old power bulge in the hood, and the same old lines from last year, claimed the early carps and cavils. It displayed not a bit of daring, cribbing a few design elements from the Audi TT, even some from the Ford Taurus, and altogether too many from E-Types of yore.

“I don’t agree,” counters Ian Callum. Of course he doesn’t. Callum is Jaguar’s design director and the creator of this new car, which makes his the voice to be heard—or dismissed on the grounds of his pride and prejudice. “I think the new XK represents a significant amount of change,” he insists, noting its aluminum monocoque construction, improved power-to-weight ratio, longer wheelbase, acceleration that is almost a second quicker than its immediate ancestor, and additional room for legs, heads, and shoulders. “The problem is that too many people make a premature judgment of a car based on photographs. Nobody can judge anything from a photograph. I can’t, and I’m a designer.

“When they see the XK,” Callum adds, “and if they still say that, then I will accept it as criticism.”

In response to the perception that his car represents an overdose of retroactivity, Callum says, “Clearly there was a lineage to follow.” He then recites a procession of powerful beauties that began with the XK120s of the 1940s and extended through racing Jaguars C and D to the revered E-Type. “But we were not beholden to all elements,” Callum explains, “only to respect them, to let us know where the car came from.”

To the charge that the XK8 appears to be the result of a marriage of convenience between Jaguar and Aston Martin, Jaguar’s cross-Midlands rival and its British brethren within Ford’s Premier Automotive Group, Callum enters a plea of nolo contendere. “Well, there’s a lot of me in the car [XK8], and I designed the Aston Martin [DB7 Vantage and V12 Vanquish],” he explains. “I have a lot of design principles. Why would I change them just because I changed cars?”

It also is worth noting that the designer sees himself as his harshest critic. “And I’m delighted by the XK,” he says. “But, again, judge after seeing and driving the car.”

And so we would. Earlier this year, several hundred writers and broadcasters arrived in South Africa in waves from around the world to follow Callum’s counsel, to see and drive and perhaps be sold on this luxury coupe-cum-sports car that certainly will not make or break Jaguar. If the XK8 is successful, however, it will bring a blessed lift to the company’s drowsy sales; if it flops, it will inflict further damage on Jaguar’s long-flagging profitability. Jaguar missed no opportunity to promote the XK8; it booked every room for eight weeks at the five-star Lanzerac Manor and Winery, a 300-year-old gem of Cape Dutch architecture surrounded by vineyards in the Jonkershoek Valley near Cape Town. Guests drove the two cars—the $75,500 XK8 coupe and the $81,500 convertible—on corkscrew stretches entwining the Helderberg mountains, on supernaturally smooth and scenic South Atlantic beach roads leading to and from Table Mountain, and, for a final high-performance fling, around the Killarney racing circuit.

The car, in the flesh, in both its covered and topless configurations, is a logical advancement from last year’s dated version: Its design is cleaner, more finely proportioned. The XK8 is not fancy, but it is quietly handsome, displaying lines that suit the car’s dual roles as a dignified grand tourer and a middleweight sports car.

The production version’s styling improves upon that of the Advanced Lightweight Coupe Concept, which received a sitting ovation when it was shown at the 2005 North American International Auto Show in Detroit. Gone are the gaping trapezoids in the front corners, which were lined with aluminum and looked like exhaust pipes that had been mounted at the wrong end. Smaller ovals containing deeply embedded fog lights have replaced the trapezoids. More diminutive ducts have supplanted the concept car’s giant aluminum gills, which could have been borrowed from the flanks of a Range Rover.

Fortunately, nobody has altered the concept car’s rear end, views of which will delight freeway motorists overtaken by the XK8. It is a hatchback—a touch of convenience passed down from the E-Type—with an obvious 12-inch taper on each side, from the rear window to the tailpipe.

Like its exterior, this car’s interior contains no fussy or extraneous features. Rather than the old hide and high-gloss wood steering wheel characteristic of other Jaguars, the XK8 has an all-leather steering column with matte metal framing the on-wheel controls. Although you may still choose premium walnut or poplar wood trim, Jaguar also now offers brushed aluminum inserts instead of all that polished lumber.

The media center has a 7-inch touch screen that allows you to control the car’s climate, audio, and communication systems, and vehicle settings. Better than the device’s offerings, however, is its operation, which involves simple prompts and commands.

In the convertible, when you press the retract button, its triple-layer canvas top folds beneath an aluminum tonneau in 18 seconds. Provided you consider the XK8 to be an overgrown two-seater, you will be spared any frustration by rear seats that are little more than cushioned ledges useful only for items that bend, twist, fold, collapse, or may be crumpled to fit into small corners. Such items do not include passengers.Mechanically, the XK8 lags behind the SL500 from Mercedes-Benz and the 650i from BMW, the cars that Jaguar identifies as its primary benchmarks. In the convertible division, the Cadillac XLR and Lexus SC 430 challenge, if not surpass, the XK8.

To be fair, the Jaguar’s aluminum construction—with extruded components, epoxy bonding, and riveting—produces enormous benefits in terms of rigidity, stiffness, and weight reduction. The new coupe is some 200 pounds lighter than its steel predecessor, which improves its power-to-weight ratio by 10 percent and hastens its acceleration times.

The engine is a benign 4.2-liter V-8 carryover that produces a piddling 300 hp. Even a stock BMW 545i and the Chrysler 300C deliver more muscles. On the other hand, when you follow Callum’s advice and withhold a verdict on the XK8 until you have seen it and driven it, acceleration, horsepower, torque-to-weight, horsepower-per-liter, and other basic considerations become less significant than such intangibles as the car’s form and stance and the boldness that they convey. This is the language of design, and Jaguar has few peers and no superiors in such matters.

Top down, cruising on a road paralleling a Cape Town beach and its world championship surf, the XK8 offers an enormous sense of peace. Flick the paddles down two gears, and the engine’s purr becomes a growl as you pass Passats and Corollas lumbering on your left.

In the mountains, on twisty two-lane roads, the XK8 displays remarkable bite and stability. It is too heavy to handle like a sports car, yet it certainly is as frisky and as responsive as more powerful, more expensive cars.

On the track, as a testimony to its power-to-weight ratio, the car is a gear-snapping, tire-smoking, brake-baking, clutch-smoking hellion—though one with a soccer-mom-size steering wheel that is too large to allow fixed-hand positions and slick shifting during such shenanigans.

But then a road Jaguar is built for tree-fringed boulevards, not tire-lined race circuits. It is designed to be powerful, but not a powerhouse. It must, in the words of the marque’s creator, Sir William Lyons, have grace, space, pace, and be “universally pleasing.”

“For motoring should be a joy,” went the gospel according to Lyons, “not a chore.” In this respect, the XK8, despite its flaws, still acquits itself quite well.