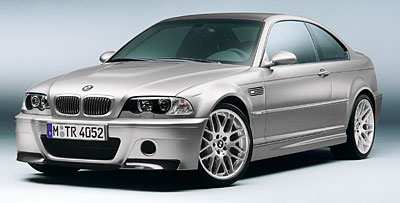 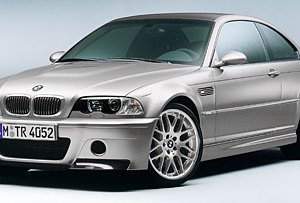 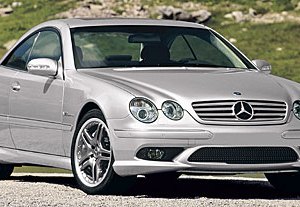 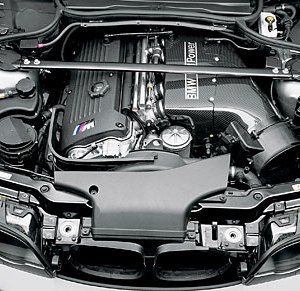 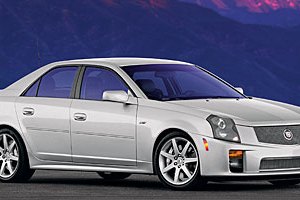 A side from several understated features—aluminum side mirrors and a slightly modified spoiler, for example—the Audi S4 resembles a standard-issue $28,000 A4 sedan. A punch on the gas, however, awakens the car’s 340 hp V-8 engine, propelling the German rocket to 60 mph in 5 seconds flat. Equally impressive, the four-wheel-drive four-door corners with supreme confidence and cruises without complaint. The $45,000 machine is one example of a fast-growing breed of in-house tuner cars, vehicles that are similar to their base models in appearances only.

Fifteen years ago, BMW’s legendary M3 was the only factory-modified foreign car sold in America. Today a host of automakers produce what they refer to as “enhanced performance products.” In addition to the Audi S models, there are Jaguar Rs and Cadillac Vs. Mercedes-Benz builds an AMG version of every vehicle it produces, and BMW makes the M3 and M5, and soon will introduce the M6. M, which stands for Motorsport, started as a commercial offshoot of BMW’s racing division. Its first offering was the famous 3.0 CSL Bat­mobile of 1972. Likewise, Mercedes’ AMG division ear­ned its reputation on the track; a modified 300SEL 6.3 sedan starred at the 24-hour race at Spa-Francorchamps in 1971. Jaguar, Cadillac, and Audi also can claim a historic link between their modified street machines and the companies’ competition cars, with technology originally slated for the racetrack eventually trickling into everyday vehicles.

Luxury automakers are not the only ones releasing track-ready vehicles. Performance divisions at Honda, Volkswagen, and Saturn are massaging Civics, Golfs, and Ions, respectively. Like those of the luxury carmakers, these performance divisions are creating high-powered vehicles to build prestige for their companies, if not profits. “Our SRT models are catalysts,” says DaimlerChrysler spokesman Scott Brown. “Cars like the 300C SRT-8 generate tremendous energy and excitement for the whole Chrysler brand. They bring new, more affluent buyers into our tent and get existing customers to think about all our products in a different way.”

None of the main players will disclose the profitability of its high-performance brands. However, dealer margins (not including any unauthorized markups) on factory-tuned models are the same as those earned by their less accelerative siblings, so given the vehicles’ extra development costs, it is safe to assume that enhanced performance cars do not contribute significantly more profit per unit than standard models.

Yet these economics have not prevented manufacturers of economy cars from adding performance divisions and employing the rationale that tuned vehicles increase the perceived value of their mainstream products. In the auto industry, this is known as the halo effect, a phenomenon in which the premium-priced, enthusiast-targeted vehicles, although they sell in limited numbers, cast a warm glow over the entire model range. “Our M cars are aspirational,” says Hernando Carvajal, BMW’s M brand manager. “The people who drive our other cars understand and appreciate the fact that the cars like the M5 embody the heart and soul of BMW’s ‘ultimate driving machine’ philosophy. It creates customer pride and loyalty.”

Those for whom the M cars and other factory-tuned vehicles are not merely aspirational can choose from an unprecedented array of high-octane, low-production options—including the Audi RS6, the Cadillac CTS-V, and the Mercedes SL65—that represent the pinnacle of exclusivity. But owning such rarities can be expensive, sometimes far more costly than the automakers intended. Manufacturers aim to eliminate price gouging, and reputable dealers forbid premiums, but the popularity of these enhanced-performance products has led to markups of $20,000 and more. “We’re told not to play favorites or charge above sticker,” says one salesman, who requested anonymity. “In reality, we do both. It’s a tough business. Why shouldn’t we make hay while the sun shines?”

Before any premiums are attached to the prices, tuned cars cost 10 percent to 25 percent more than their base-model counterparts, and often a buyer must commit to a price and place a deposit on a car sight unseen—long before the vehicle is released—to ensure a claim to the keys. “If you place a premium on horsepower and safety, the money you pay for our R products is well worth it,” says James Thomas, Jaguar’s communications director. “You get a hell of a lot of bang for your buck.”

Perhaps, but if you place a premium on resale value, locking in early to a price for a factory-tuned car can be risky; the market is subject to changing fashion and increased supply, which quickly can send that predetermined price out of whack. A driver who paid above sticker for a new M3 when it first became available had no chance of recouping the extra money a year later, when supplies increased to meet the demand. More recently, Mercedes responded to a surge in demand for the SL55 by increasing the AMG-powered roadster’s production, which resulted in a similarly depressing effect on prices of pre-owned models.

Presently, demand and supply for factory-tuned cars are at all-time highs. Industry experts estimate that in-house hot rods account for approximately 5 percent of their manufacturers’ total production; for Cadillac, 10 percent of each model’s production, including the new STS sedan, is designated as V vehicles. “Our S models offer all the pleasures of high-performance driving without the comfort, reliability, and practicality trade-offs traditionally associated with sports cars,” explains Doug Clark, head of Audi’s public relations. “It’s the supercar you don’t have to leave in the garage.”

Factory-tuned cars surpass their base-model counterparts with superior power, handling, brakes, wheels, aerodynamics, and status. And they are covered by full factory warranties. Yet for some buyers this is not enough, and so they opt for an independent aftermarket firm’s performance vehicle instead of an in-house hot rod. “Our customers want everything a factory-tuned car offers—and more,” says Steven Beaty, president of Brabus North America.

Beaty says his clientele is concerned primarily with prestige and performance and seldom with price. “Mercedes sells thousands of SL55 AMGs that are all pretty much identical,” he says. “We sell 50 K8s a year; no two are exactly the same. Everything can be customized, right down to the seat stitching. Then there’s the performance. The SL55 has 493 hp. For another $13,500, the K8 gives you 540 hp, and we honor the full Mercedes warranty.”

Champion Motorsport, a Pompano Beach, Fla., company that does aftermarket work on exotic imports, recently has been busy tweaking factory-tuned vehicles for owners seeking to squeeze even more performance out of their cars—at any price. “Most of our customers modify a standard car to add speed and handling,” says Champion service director Bobby Varela. “But I’m also getting more and more drivers who want to take factory-tuned cars like the Audi S4 or BMW M3 to the next level.”

Varela attributes this trend to the increasing number of drivers who participate in official and unofficial racing events and want cars with extra oomph. “If you want something really special,” he says, “one way or another, you have to pay for it.”