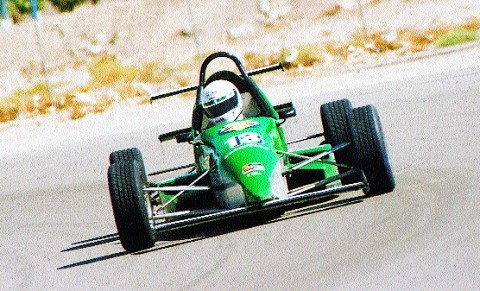 Today, most manufacturers of sports and luxury automobiles offer a host of options aimed at buyers who want to extract even higher performance from their new cars (or simply be secure in the notion that they have checked off every box on the build sheet that makes the car they order the fastest the factory can assemble). Composite bodywork, forced induction, Formula One– type shifting, bigger brakes and wheels, even racing seats promise to turn the new owner into a faster, more capable driver. Well, almost. There’s one option the factory doesn’t offer that should be standard equipment on any sporting driver’s list: professional driving school. Simply put, three days’ instruction at the Derek Daly Performance Driving Academy can improve the skills of any enthusiast who likes to go fast, and is the quickest way to realize maximum driving enjoyment from your favorite machine.

Like so many sports car enthusiasts, I’ve been rolling along without incident for over three decades, experiencing metered doses of excitement and feeling largely ill-equipped to explore the outer limits of the capable cars I’ve driven. After checking all the option boxes at the dealer’s, I still felt like an imposter. That’s what hooked me on Daly’s 3-Day Formula Race Car School at Las Vegas Motor Speedway. Our class comprised eight students, enthusiasts from all over the United States and Canada, three of whom had some experience in amateur racing. I was clearly the most inept of the group, challenging the pedagogical skills of our instructors, a young but seasoned, patient, and articulate trio named Rick, Jeff, and Joey. The student-teacher ratio ensured individual attention for everyone.

Day one began in the classroom with an overview of vehicle dynamics: exploring the principles of understeer, oversteer, heel-and-toe shifting, braking, and other handling basics. Then we were off to the track for some laps on the Technique Oval—lots of them—in Daly’s specially constructed Nemesis SC99 Formula Ford racecars. Unlike cars used by other schools, these were designed to allow big and tall guys to fit into the narrow cockpit. Essentially small-scale Formula One cars, these open-wheeled racers are powered by 2-liter, 135-hp, inline 4-cylinder motors and, at 1,050 pounds, have a power-to-weight ratio about on par with a Corvette Z06. It’s amazing how much concentration goes into driving around in circles when the object is perfecting use of the throttle, clutch, shifter, brakes, and following the fastest line. An hour or so was spent in a specially designed BMW skidcar, equipped with a computer-leveled outrigger to simulate extreme understeer and oversteer conditions, where car control techniques can be learned safely without the dire consequences normally associated with a high-speed 360-degree spinout. Later in the day, BMW Z3 roadsters were used in an evasive action simulator session that proves just how difficult it is to make a cool-headed maneuver in the heat of the moment. It’s all easier said than done.

Day two started in the classroom too, with a thorough analysis of the Speedway’s Outside Road Course, a 1.8-mile serpent with nine turns and as many sets of fangs, where we would spend the entire day driving and improving our skills. A confusing assortment of cones is placed at various points along the track, each marking a point of trailbraking, lifting the throttle, turning in, tracking the perimeter, or describing a corner’s apex. But a practiced herpetologist learns to master his snake, and I, too, came to terms with the course and its little orange devils. More or less. To better illustrate the routine, our instructor and all eight students piled into a dachshund-length van and drove the course, with a speed and finesse verging on brilliance that would have left average drivers in its dusty wake. Once in our cars, we followed our instructors in theirs in order to memorize “the line,” that is, the fastest way from Point A to Point B. It’s all about that line. Lap after lap, mistake after mistake, improvement came incrementally.

How do I know? Each car is equipped with a STACK ST8100 data acquisition system, which allows the instant download of everything from speed, throttle input, shift points and rpm, braking, and g forces for every single lap around the track. We did this after each of the last two days’ sessions. I confronted the unvarnished truth about my performance in the form of a fever chart, my best lap on the second day superimposed atop my instructor’s. His graph, describing his speed through all nine turns, was as smooth and slippery as a televangelist. My graph was drawn by a shell-shocked war veteran with the DTs. And a slow one at that.

Day three saw lapping sessions, practice starts, and passing exercises, all chronicled by the merciless STACK and designed to get us used to a competition environment. It’s one thing to go around a circuit like a bat out of hell when it’s all single file; quite another thing to have a 20-something aspiring professional go wheel-to-wheel with you through a corner. But that’s racing’s raison d’être, and the level of competitive skills is what separates good drivers from great ones. I discovered that I’m neither, but then, that wasn’t the goal of the course.

My objectives were soundly accomplished by the end of the three-day session. My lap times improved by six seconds, which sounds inconsequential but represents an eternity on the track. My confidence exploring the limit is greater and my driving technique is immeasurably improved. And I now have a grasp of vehicle dynamics and the laws of physics that govern them, demonstrated all too clearly by my occasional off-track excursion into the desert landscape. Thankfully, the damage to my middle-aged ego was slight; where young bucks would puff and sulk, I merely shrugged it off and kept lapping.

Did I mention that this class was incredible fun? For $2,595, or the cost of about three sets of rear tires on your Carrera, you can get a taste of what performance driving is all about. Make no mistake, it can become addictive, too. Daly’s program will qualify you to apply for an SCCA (Sports Car Club of America) Regional Competition License. There’s no substitute for seat time, and if you like what you learn, additional courses are offered in advanced car setup and driving on racing slicks. Just think how much fun it’ll be when you’re in your Bentley Turbo, and you lose the guy in the Ferrari Modena who never went to school.