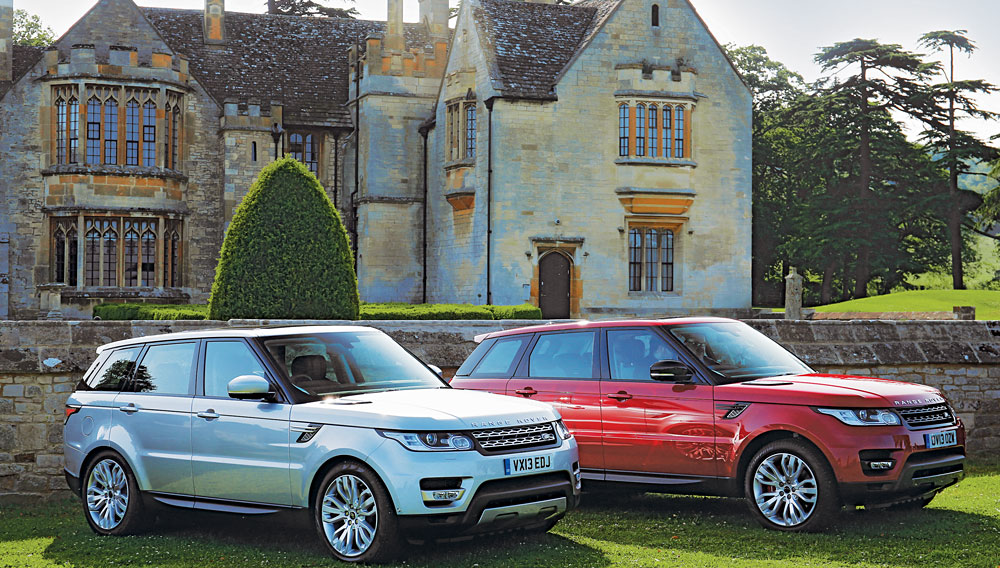 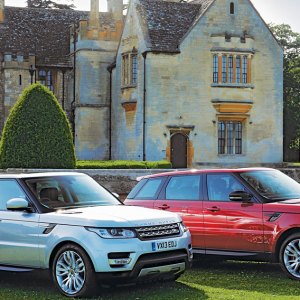 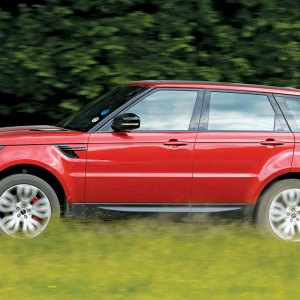 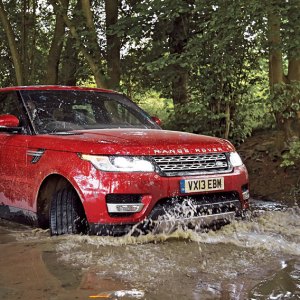 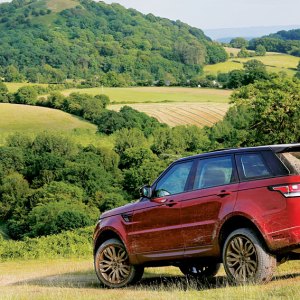 The first-generation Range Rover Sport suffered from an identity crisis of sorts. Was it a rightful heir to Land Rover, the first family of sport-utility vehicles, or was it no more than a distant cousin, an illusionary vehicle contrived to cash in on the brand name?

The letters on its bonnet spelled Range Rover, but the Sport was built on the underpinnings and mechanicals of the LR3—formerly known as the Discovery—an SUV that was cheaper and smaller than a Range Rover. The Sport lacked the premium price, the size, and the many layers of regal luxury that have characterized the Range Rover brand for nearly four decades. The rear-seat headroom was minimal. The bodywork and chassis were antiques: grossly heavy panels bolted to a steel ladder frame that did nothing to reduce noise, vibrations, or harshness of the on-road ride. Upon the Sport’s debut in 2005, one British reviewer dismissed the vehicle as Land Rover’s “bastard child.”

Stuart Frith, the chief engineer for the Sport program and a 28-year veteran with Land Rover, describes the first-generation Sport, despite its warts, as “an opportunistic car” that was worthy of the brand. “We were up-marketing the third-generation Range Rover in 2002, making it bigger and more expensive,” he says. “That left some customers who missed the [smaller] size of the old [Range Rover], also its price. So there was a natural gap left to fill.”

And fill the gap it did. In the United States, the Sport has consistently outsold all Land Rover models combined. Now for the 2014 model year comes the second-generation Range Rover Sport. It is lighter, quicker, and better engineered than the old Sport. It is dramatically buffed, wickedly fast, and unquestionably a Range Rover. The new Sport went on sale in August, with base prices of $63,500 for the V-6 version and $80,000 for the V-8 version.

Land Rover improved the Sport primarily by reducing its weight—by approximately 800 pounds, according to the company, or the drag of roughly four adults plus luggage. The company replaced the steel chassis with an aluminum monocoque and the steel body panels with aluminum ones. The suspension (double wishbone and multilink with air-bag springs) also is mostly aluminum. The new Sport is more agile and consumes less fuel than the old version (23.5 percent less, thanks also to a stop-start system for stop-and-go traffic), and it accelerates a lick quicker than a Porsche Panamera.

Buyers in the United States have a choice of two engines, both also available in the Range Rover. The base motor is a 3-liter, supercharged V-6 that delivers 340 hp and 332 ft lbs of torque. The bolder alternative is a 5-liter supercharged V-8 that is good for 510 hp and 461 ft lbs of torque, and has the exhaust note of an angry Aston Martin. Land Rover has retired the old Sport’s 6-speed transmission and replaced it with a ZF 8-speed that is controlled by paddles or the center-console shifter.

With all that mass lost and all that supercharged horsepower on tap, the Sport is one of the quickest SUVs on the market. According to Land Rover, the V-6 version does the zero-to-60-mph dash in 6.9 seconds, which is a full second faster than a similarly powered Jeep Grand Cherokee. The V-8 Sport reaches 60 mph in 5 seconds. That is two seconds faster than last year’s model and matches the time for a BMW 5 Series sedan.

During two days of test-driving this summer, Land Rover provided media members with the room and the permission to run flat out in the V-6 and 8-banger Sports and verify the acceleration times and the top speeds. The lightly used main runway at Cotswold Airport in southern England served as a drag strip. The airport is a former RAF station that is now a general-aviation airport, aircraft boneyard, and occasional sound stage for Top Gear.

The V-6 Sport easily met its acceleration numbers and topped out at 130 mph. The V-8 stormed off the line and was nipping at 155 mph when it encountered an aviation hazard: a bird strike. The collision wrecked a headlight, part of the vehicle’s grille, and the rest of the day for one British crow, but it provided an opportunity to test the Sport’s brakes—15-inch discs up front and 14.4-inch for the rear wheels (13.8-inch front and rear for the slightly lighter V-6 Sport). When stomped on with gusto, they performed with absolutely no drama, delivering a stop that was immediate and a pitch that was rich but relatively level.

The new Sport is 2.6 inches longer and 5.5 inches wider than the old one, and the wheelbase has been stretched by 7 inches. Yet the Sport remains much shorter, lower, and lighter than the full-size Range Rover—it still fills that size gap Frith refers to. A pair of optional electronically operated fold-flat seats are sized somewhere between a potty chair and the seats in Air Albuquerque economy class. Technically, they convert the Sport into a seven-seater. Realistically, it becomes a 5+2, with occasional seats that are not conducive to lasting journeys or long friendships.

Land Rover has removed the sharp edges and corners from the Sport’s exterior design, but it has retained the old clamshell hood and overhanging roofline, which visually confirm the vehicle’s kinship with the Range Rover and Evoque. The Sport’s interior design is now cleaner and more functional. The cabin is still lined with premium leathers and rich woods, and it still has mini sofas for front seats, but thinner pillars contribute to superb visibility, and as options, Land Rover offers a roof that is glass from front to back and upholstery with three-color design schemes.

Like the new Range Rover, the Sport allows drivers to automatically select the ride height, traction control, shift points, and surface-condition (from road to grass to mud to rocks) and hill-descent modes. On the road, the Sport drives flat until disturbed and suffers only minimal body roll on corners. The electronically assisted steering is responsive, and feedback is reliable. When the Sport is at speed, the handling is as balanced and secure as that of a midsize, medium-heavy sedan.

As for the Sport’s off-road performance, well, any Land Rover or Range Rover is in its element on the foulest terrains. And nothing on God’s brown and muddy earth is sloppier, slipperier, or more treacherous than the Land Rover factory test track at Eastnor Castle, a 19th-century mock fortress in the Malvern Hills in Herefordshire.

Eastnor’s flooded tracks seem impassable, its sodden hills insurmountable, its muddy descents bottomless. But with its 33-inch wading height and the steadying influence of a 2-speed transfer case (which is optional on the V-6 and standard on the V-8), the Sport handled the challenge as though it were a Sunday drive through the countryside.

Back at Cotswold Airport, formerly known as RAF Kemble, Land Rover had arranged a final test for the Sport. It rented a scrapheap Boeing 747 with a gutted interior and rigged the jumbo jet with an obstacle course of ramps and ladders to demonstrate the Sport’s ability to climb, descend, and withstand some severe tilting. Just climb the 45-degree ramp into the rear hatch, went the instructions to drivers, and take a sharp right. That led to another ramp down into the fuselage. The course proceeded past a parked old Land Rover, over a 3-foot ramp for the right wheels, then over one for the left wheels, then up into the first-class section, before exiting via the forward cargo door. For the Sport, as WWII RAF pilots were wont to claim, it was a piece of cake.

A couple weeks prior to the event in England, Land Rover sent a Sport to Colorado to cover the route of the annual Pikes Peak International Hill Climb in what the company has billed as a record time for a production SUV. It is not clear what vehicle, if any, previously held the record. That promotion, plus the 747 demonstration, could lead one to conclude that Land Rover has an inflated view of the Sport. Not so. While the old Sport may have had issues, the new one does not. There is no superiority complex here; this is truly a superb SUV.