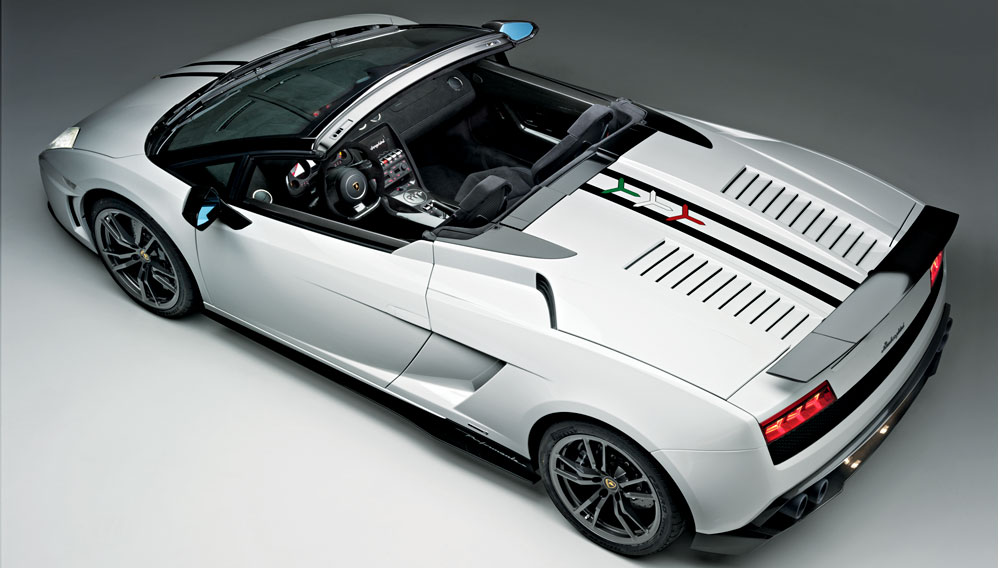 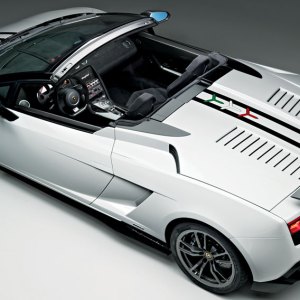 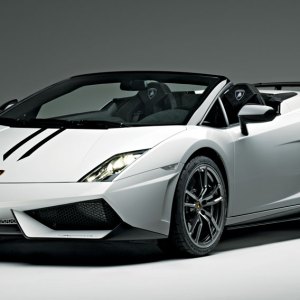 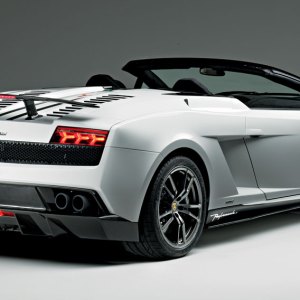 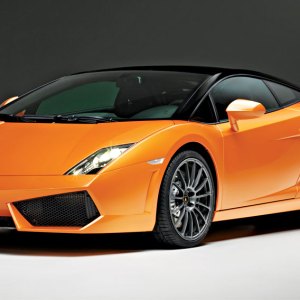 A final set of admonishments prompted the expected groans of displeasure as we prepared to drive Lamborghini’s latest and maybe last versions of the Gallardo on the track at New York’s Monticello Motor Club. “There is no passing. This is not a race. There is no winner,” Lamborghini test-driver Richard Antinucci told us. “And the ESP is to remain switched on,” he added, referring to the vehicles’ Electronic Stability Program—the stability-control system.

While following these orders might diminish the fun of comparing the capabilities of the Gallardo LP 570-4 Spyder Performante and the Gallardo LP 550-2 Bicolore, it certainly would improve the odds of the cars’ being returned unharmed to Lamborghini.

We adhered to the instructions and fell in single file behind Antinucci on the 4.1-mile circuit at Monticello, a private club for racing enthusiasts that is located in the Catskills some 90 miles northwest of Manhattan. Even as we played by our hosts’ rules, it quickly became apparent that these are very fast and exciting cars.

The Performante and Bicolore might seem like afterthoughts from Lamborghini, because their release has been dwarfed by that of the 700 hp Aventador LP 700-4 (the Murciélago’s replacement) and overshadowed by the imminent arrival of the Cabrera (the unconfirmed name of the car that might replace the Gallardo). And Italian sports-car purists might take umbrage at the vehicles’ chassis and V-10 engines, codeveloped by Audi. Nevertheless, the supercar status of these vehicles is undeniable. They deliver world-class performance, 200 mph speeds (well, 199 mph in the case of the Bicolore), agile cornering, and superb braking.

Lamborghini, now owned by Audi, has delivered some 10,000 Gallardos since introducing the model in 2003, making the largely German-made model the company’s first successful mass-market supercar. (The Gallardo followed several failed attempts at such a vehicle, beginning with the Urraco of the early 1970s.)

Billed by Lamborghini as the open-top counterpart to the Gallardo Superleggera, the Performante features little in the way of cutting-edge innovation, but it is lighter and faster than its predecessor, the LP 560-4 Spyder. The Performante is quick and mechanically well balanced; however, as with most rear-engine convertibles, its design appears clunky from some angles.

The Bicolore is essentially just a two-tone, semiautomatic version of the LP 550-2 Valentino Balboni, a limited-edition Gallardo released in 2009. But it might be the best looking of all the Gallardos.

By Lamborghini standards, both cars are moderately priced. The Performante has a base price of slightly more than $250,000, and the Bicolore, equipped with standard features, costs about $195,000—approximately half the price of the more heralded, top-of-the-line Aventador.

Upon our arrival at Monticello, Wolfgang Hoffmann—chief operating officer of Automobili Lamborghini America—described the wonders we were about to experience. He focused on the Performante, and at the crux of his comments were two words: carbon and fiber.

Because of the extensive use of carbon fiber (as well as superlight 19-inch wheels and lightweight Alcantara instead of leather in the interior), the Performante tips the scale at just 3,274 pounds, which is 143 pounds lighter than the LP 560-4 Spyder. Like that of the Superleggera coupe, the Performante’s 5.2-liter V-10 generates 570 hp. It can be mated to the standard E-gear semiautomatic transmission or the optional and excellent 6-speed manual with a gated shifter.

V-10 engines never sounded as good as the naturally well-balanced Lamborghini V-12s, until the Gallardo’s V-10 powerplant. The Performante features a dry-sump unit with an adjustable intake manifold and continuous-control, chain-driven camshafts. Its dual-plane crankshaft delivers alternating ignition intervals of 54 degrees and 90 degrees, resulting in an exhaust note that truly sounds like that of a racecar and should delight even the most ardent V-12 advocate.

In a Performante, you can sound like a pro even on the way to pick up groceries. But secure the eggs before you accelerate: The car can sprint from zero to 62 mph in just 3.9 seconds, and it can reach a top speed of 201 mph.

Light as it is, the Performante sticks to the ground like glue. By equipping the Performante with a newly designed bumper, large air intakes, and a fully covered underbody and diffuser (which incorporates four large tailpipes), Lamborghini has improved the car’s downforce by more than 50 percent compared to the LP 560-4 Spyder’s. An optional rear spoiler is available for drivers seeking even more adhesion.

Like the Performante, the Bicolore is named for its most notable aspect—which in its case is the paint scheme. Thus color commentary is in order. With key portions of its upper body painted black, the car appears “more aggressive, … even wider, even more extreme and innately adhered to the road,” claims Lamborghini in its promotional material. That assessment is accurate. As with the 1969 Plymouth GTX—and numerous other cars—the two-tone paint job divides a single form into two contrasting yet completely complementary components, resulting in a synergistic, flowing, and dramatic look.

Like the Performante, the Bicolore has a nifty push-button lifting system for the nose of the car, preventing it from scraping on driveways or speed bumps and blemishing the underbelly.

The Bicolore is upholstered in leather—not lighter-weight Alcantara, as the Performante is—underscoring the emphasis on appearance over performance.

Beyond a slick paint job, the Bicolore offers little that is new for a Gallardo. Still, under that thin layer lurks a beast. The Bicolore’s 550 hp 5.2-liter V-10, visible through a tempered-glass engine cover, pushes the 3,042-pound machine from zero to 62 mph in 3.9 seconds and to a top speed of 199 mph.

On the track at Monticello, the Bicolore and Performante demonstrated their capabilities. Like the vintage V-12 Lamborghinis, both cars have explosive power over 4,000 rpm. Keep your foot buried, and the E-gear upshifts at what appears (on the tiny gauges) to be 8,500 rpm, delivering brute-force acceleration.

On the approach to a turn, the E-gear’s razor-sharp, paddle-controlled downshifts will make even the poorest driver sound like Peter Revson diving into the old turn nine at Laguna Seca. Add the powerful clamping of the carbon-fiber brakes, and you can have a truly mind-altering driving experience.

Its four-wheel drive makes the Performante slightly more sure-footed than the Bicolore on the track, but ultimately the ESP acts as an equalizer, mitigating significant differences in how the two cars handle.

Although the latest Gallardos have been overshadowed by the Aventador and soon might be supplanted by a brand-new model, neither disappoints. The Performante’s four-wheel drive enables faster times through the curves, making it the likely victor over the Bicolore at Monticello or another track. But on the road, the better-looking Bicolore earns more style points.