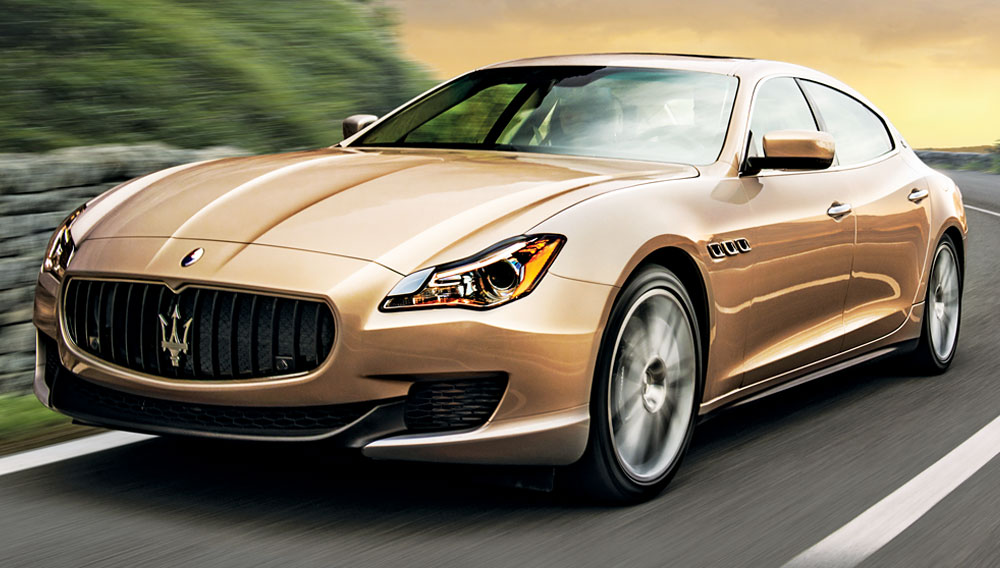 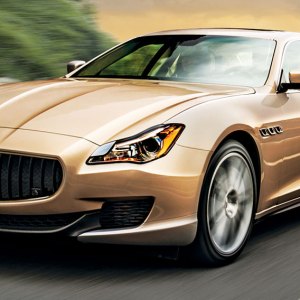 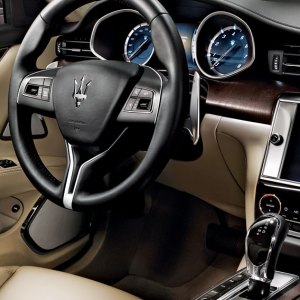 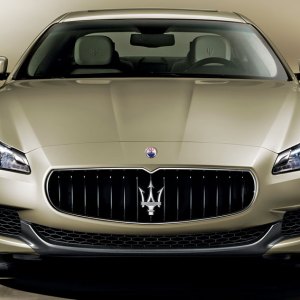 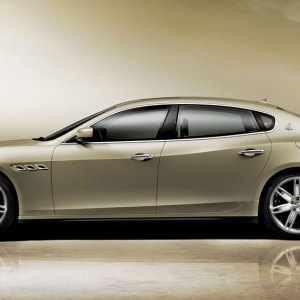 When prompted with a press of the throttle pedal, the new Maserati Quattroporte’s 524 hp twin-turbo V-8 spooled up quickly, just as the big sedan’s 4.6 zero-to-60-mph time suggests it would. My passenger—Maserati’s CEO, Harald Wester, an engineer-turned-executive—asked what I thought of the car’s lack of turbo lag. He smiled when I confirmed that indeed there is no lag. “This is important,” he said. “We want our new engines to have the feel, efficiency, and power of modern twin-turbo powerplants, with the responsiveness of the old, naturally aspirated V-8.”

Developed with corporate cousin Ferrari, built on a Ferrari engine line in Maranello, and, currently at least, exclusive to Maserati models, the Quattroporte’s engine does indeed have those traits.

When the original Quattroporte debuted in 1963, it was the fastest sedan on the market. Maserati asserts that this latest version, the sixth generation, has a top speed of 190 mph, making it the marque’s fastest four-door ever and, in the company’s current lineup, second in speed to only the MC12 sports car.

Though we could sample the car’s acceleration, the road course we were navigating last fall at the Fiat Group’s test track in Balocco, Italy, did not include sufficiently long and flat straightaways to confirm the top speed. The facility’s smooth pavement also prevented a test of the car’s rough-road ride characteristics. But the Quattroporte did show an overall balance and a sporting nature that are unusual for a car of such dimensions.

The new Quattroporte is expected to arrive in U.S. showrooms this summer with a price tag of about $135,000. It is faster, lighter, more powerful, and—perhaps most significant—bigger than the previous version, which debuted a decade ago. The new car also is a big part of the plans by Maserati’s parent company, Fiat, to grow the brand and put its new factory to full use; the company acquired the former Bertone facility in Grugliasco, near Turin, and remodeled and modernized it.

By 2015, after it has added the Ghibli sedan (which will be comparable in size, performance, and price to the BMW 5 Series and Mercedes-Benz E-Class) and the Levante luxury SUV to its lineup, Maserati plans to be selling 50,000 cars a year worldwide. The company sold only 6,200 cars total in 2012, but it hopes to raise annual sales of the Quattroporte alone to as many as 15,000 by next year. Those projections include sales of the V-6-powered version of the sedan, which also will arrive this summer. Maserati’s first-ever all-wheel-drive system will be available on that car as an option. Maserati expects that most of the Quattroportes, both V-8 and V-6, will be purchased in the United States and China.

The company increased the size of the Quattroporte presumably to make the car more appealing to customers in those two countries—or to be more precise, more appealing to American and Chinese rear-seat passengers, who will enjoy four more inches of legroom than they previously had. The car’s overall length is now more than 17 feet long, yet it weighs only 4,190 pounds, which is about 200 pounds lighter than its predecessor. Maserati, which designed the Quattroporte in-house (Pininfarina designed the last version), kept the pounds off by using aluminum liberally. The chassis is a steel unibody, but the doors, the front fenders, the trunk lid, the hood, and many of the suspension components are made of aluminum.

Though the new Quattroporte is 8 inches longer and 2.5 inches wider than the previous version, Maserati’s design team has maintained the sense of proportion and visual balance that the Pininfarina model displayed. The long, flat front fenders and hood lines, plus the high, short rear-deck area lend a taut look to the car. A description attributed to Maserati design chief Lorenzo Ramaciotti calls the Quattroporte “at once graceful and sinuous … muscular and elegant.”

In the cabin, the redesigned knobs, buttons, switchgear, and infotainment controls resemble those found on high-end electronics gear. Maserati has reduced the number of knobs and buttons, so the instrument panel, center stack, and console layouts look less cluttered. The seats are wrapped in sumptuous Italian leather, and the trim panels, whether they are wood or the optional carbon fiber, appear to be built in, not tacked on. A 15-speaker, 1,280-watt Bowers and Wilkins sound system is available as an option.

Maserati places the engine relatively low in the chassis and as close to the firewall as possible. This positioning, plus the placement of the fuel tank under the floor instead of aft of the rear seats, where it used to consume potential trunk space, yields a nearly 50/50 weight distribution. The balance helps the car turn in smartly and stay put during hard cornering. Ride quality is on the firm side of luxurious, with Maserati’s Skyhook adaptive-damping system constantly monitoring and adjusting the shocks based on speed and road conditions.

Maserati has equipped the Quattroporte with ZF’s latest automatic transmission, an 8-speed gearbox that includes a Sport Drive mode offering firmer shifts at higher rpms. The transmission also includes a complete manual mode that allows the driver to shift gears using the paddles on the steering wheel. Seventh and eighth are overdrive gears, so most of the time the transmission operates as though it were a 6-speed—it is not constantly shifting. When set in Sport Drive during hot laps on the Fiat test track in Italy, the transmission shifted flawlessly on its own, delivering the upshifts and downshift at just the right times, and doing it crisply and smoothly.

The new Quattroporte does nearly everything a driver would want a full-size luxury sport sedan to do. In every way it is at least as good as its much-admired predecessor. Though it is a plus-size vehicle, it travels lightly and sure-footedly, conveying the sporty flair and fun-to-drive nature that Maserati drivers expect.