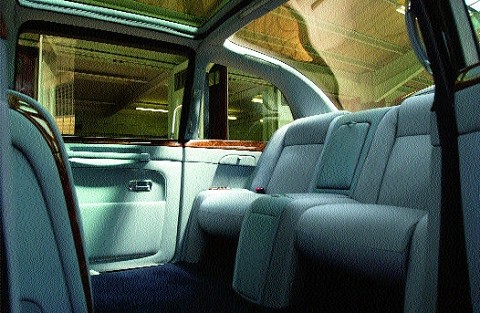 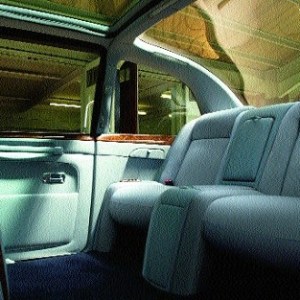 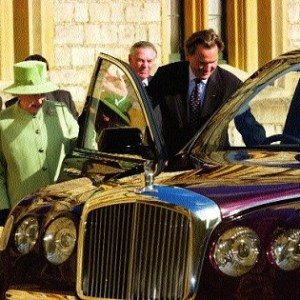 The royals are different from you and me, particularly when it comes to their cars. Such is certainly the case with Elizabeth, queen of England, and her husband, Philip, Duke of Edinburgh, who trade in their old state limousine for something newer and loftier every 25 years or 125,000 miles, whichever comes first.

A 1977 Rolls-Royce Phantom VI reached that mileage early this summer as England was celebrating the golden jubilee of the queen’s reign with an endless binge of Buckingham Palace concerts highlighted by knight minstrels Elton John and Paul McCartney, the first-ever public dinners at Westminster Abbey, a gushing 64-page jubilee supplement in the usually reserved Times of London, and beacons and bonfires from St. Albans to Australia and other areas that vaguely remember once being part of the Commonwealth.

But the jubilee gift that will keep on giving—at least until it is retired to the royal automobile museum at Sandringham Castle, or Prince Charles assumes the throne, the master bedroom at Buckingham Palace, and all its official motorcars—is a somewhat bulbous state limousine for two built by Bentley Motors at a cost of $15 million.

That’s all that is ordinary about this car, which was given the code name Project Diamond by Bentley. As a sad reflection of our terrorist times—which includes for the queen concern about the Irish Republican Army in addition to the standard factions—this is the first royal carriage to be given armor-plated cladding, a mine-resistant floor, bazooka-proof glass, and a cabin that can be sealed against a gas attack. These factory options hike the car’s weight to almost four tons, which ride on run-flat tires that wouldn’t look out of place on a Hummer.

The royal limo is three feet longer than a standard Bentley Arnage, 10 inches taller, and six inches wider. Its broad suicide doors, which are hinged at the rear and open almost 90 degrees, reduce the risk of stumbles and undignified exits. The doors also enable the queen, who looks like a size 12 and is maybe 5-foot-4, to face her subjects when emerging from the vehicle, instead of backing out. Better yet, thanks to some crafty work on the door sills, she can actually stand up before getting out.

When obtaining a new car, royals examine no paint samples, because all of their vehicles since George VI’s reign have been Bible Black over Royal Claret. The queen is not obliged to register her vehicles. The prevailing logic is that a one-off limousine flying royal colors, showing a coat of arms, and escorted by half of Scotland Yard and several units of the SAS is recognition enough.

When the queen is out motoring, Bentley’s traditional flying B hood ornament is unscrewed and replaced by a statuette of England’s patron St. George skewering the dragon.

The silver chunk, which is from Asprey, was a wedding gift from Prince Philip, says chauffeur Last.

The two rear seats, which are beneath a huge, lightly tinted, high-visibility glass viewing dome, are individually adjustable for height. It is unlikely that Shaq O’Neal will ever ride with the queen, but if he did, he and she would appear to be the same height. It’s a royal thing that has to do with the presumption of authority.

“We’re hugely proud of this car,” says Richard Charlesworth, director of customer commissions for Bentley. He points to its height and its bosomy front end that is destined for future Bentley products, and notes how its deep curves cushion such weight. “It’s the future face of Bentley: majestic, but advanced enough to look modern 25 years from now.”

Two years ago, with the golden jubilee little more than a sneering point for British republicans, Bentley Motors seized the marketing moment—as well as the opportunity to stick it to Rolls-Royce, now that Bentley is owned by Volkswagen and Rolls-Royce is in the hands of rival BMW. Charlesworth and his personal commissions managers visited Buckingham Palace and suggested that, after 50 years of nothing but Rollers, it might be only fair if Bentley built the next royal limousine. The queen, said by one member of her staff to “know every twist and turn” of the uncertainty and sloth at Rolls-Royce while the new owners were finding their feet, offered no argument and gave the royal nod to Bentley.

From the opening list of suggestions and specifications to the delivery of the first clay models to Buckingham Palace, the royal couple insisted on overseeing the personal touches. That’s not surprising, for despite a distinct remoteness from real life, members of the royal family are better than average car people. The queen, who never gets to drive the state limousines, runs personal errands at the helm of her Range Rover and Jaguar Daimler sedan. Prince Charles, who has a known penchant for speed, prefers Aston Martins. Prince Philip has owned Lagondas and, for incognito nights out with the boys, drives a black London taxicab.

From the queen came a request to reduce the chrome trim, particularly around the grille and front end. Too showy, she decreed. The prince ruled that yards of burred walnut trim in the rear wasn’t particularly practical. It would only get scarred and gouged by medals and swords and jewels required by solemn and ceremonial occasions. Nor did he approve of the whitewall tires: too informal.

Husband and wife both agreed that a fabric interior—in Hield lamb’s wool sateen cloth—would make for softer and less slippery seating than leather. “We suggested a refrigerator for mineral waters,” remembers Charlesworth. “‘No, thanks.’ What about a TV? ‘We don’t think so.’ A DVD or laptop connection? ‘Not necessary.’”

Bentley presented its final product in the private quadrangle at Windsor Castle on a rainy day in May. The queen, wearing pearls and a pastel pea green coat and hat, circled the car with her prince, nodding, smiling, just two extraordinary seniors admiring their new automobile and probably agreeing that it was fit for a queen. She said the front looked better without all that glitter. He talked about the fabric interior and how it was part of a centuries-old coaching tradition. For in those days, said Philip, aristocracy rode on rich fabrics from exotic places, while outside, their coachmen suffered the skidding around on chilly cowhides that offered better resistance to the weather.

He went head and shoulders into the car and sniffed around. She did not. But then this is the queen who survived the London opening of a McDonald’s restaurant without actually eating a Big Mac. That’s class.

Just as one does not shake hands with the queen until she offers to shake hands, one does not ask questions but waits to be questioned. Only a vulgarian willing to sacrifice his social future and a place on the New Year’s Honours List would request a personal evaluation of the queen’s new limo.

Fortunately, the queen was escorted by Lt. Col. Seymour Gilbart-Denham, CVO. He had closely followed Bentley’s Project Diamond and is privy to most royal opinions. “We think,” said Gilbart-Denham, “ma’am will be pleased.”