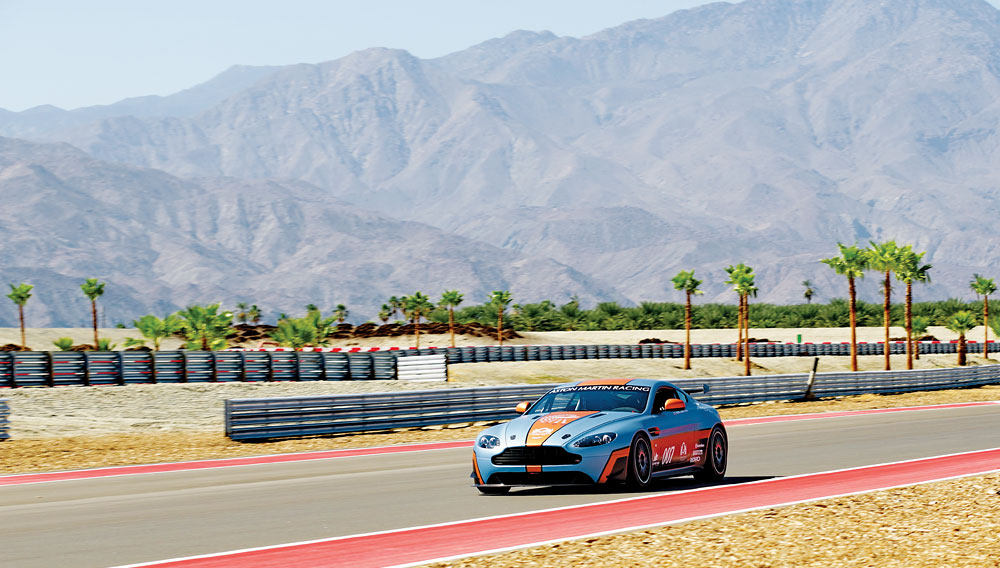 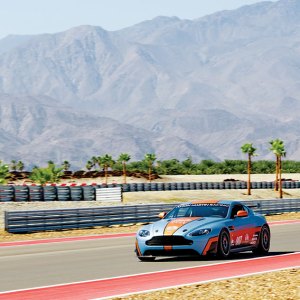 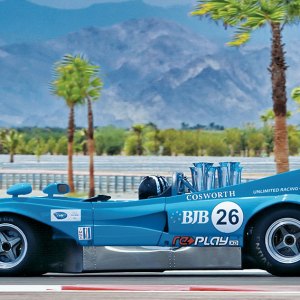 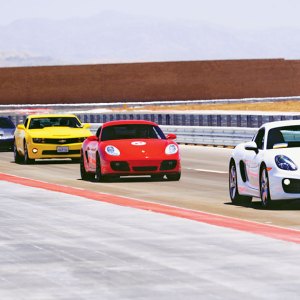 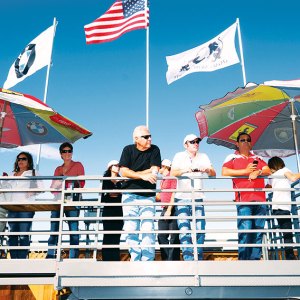 On the Thermal Club’s South Palm circuit, a 1.8-mile racetrack set amid the desert landscape of Southern California’s Coachella Valley, a Porsche Cayman blazes along at 120 mph as it nears the end of the track’s 2,500-foot straightaway. Just ahead lies Turn 7, a 180-degree bend. The car, operating in fully automatic mode, belongs to the club’s fleet of Caymans that serve as instructional vehicles. In another car up ahead is the track manager, Jeff Rodrigues, who is providing the Cayman’s driver, a visitor to the track, with the same type of guidance that he offers Thermal Club members. Rodrigues, who has more than 20 years of experience as a driving coach, delivers succinct instructions over the radio: Brake hard; reduce the pressure; turn the wheel. As the driver follows those commands, the Cayman tracks through the corner and then points out of it like a Weimaraner.

South Palm is smooth, wide, clearly marked, and safe. Paved less than a year ago, it is the first of what will be three linked tracks at the Thermal Club, a private motorsports community with space for some 300 garage villas in which members can store their cars and spend downtime during track days. (The current zoning laws will prohibit members from staying overnight in the villas.)

The tracks and villas are being built on the site of a former palm-tree farm in the town of Thermal. (Workers had to relocate about 14,000 palm trees and move 2.1 million cubic feet of dirt to clear the way for the tracks and level the ground.) When the North Palm and Desert circuits are completed, likely by 2016, the club will feature 4.5 miles of racing surface, a karting complex, a skid pad, and car-maintenance facilities. Members will have access to comfort- and convenience-related amenities rivaling those at the Madison Club, the golf community in nearby La Quinta that, like the Thermal Club, is operated by Discovery Land Company. Construction on the first villas was set to begin by the end of February.

The town of Thermal, which sits 138 feet below sea level and has the Santa Rosa Mountains as a backdrop, is about three hours by car from Los Angeles and a 35-minute drive from Palm Springs International Airport. A high proportion of the club’s several dozen charter members are from Southern California’s Orange County, and a couple of them find it convenient to fly to the club in their helicopters, landing at a designated area in the club’s 14-acre paddock. For those from farther afield who have their own aircraft, the 8,500-foot runway of Jacqueline Cochran Regional Airport, named for the famed racing pilot who was a longtime resident of the Coachella Valley, begins half a mile to the north of the club. (Plans call for the airport to eventually extend the landing strip to 10,000 feet, which will enable it to accommodate virtually any business jet.)

The Thermal Club’s tracks were designed by Alan Wilson, whose résumé includes Miller Motorsports Park in Utah and Barber Motorsports Park in Alabama. The South Palm track is paved with 5.5 inches of polymerized asphalt formulated by the mix master Robert Harrington, who has surfaced tracks used for NASCAR, IndyCar, and Formula 1 racing. This pavement is intended to withstand the desert’s extreme daily swings in temperature and repel the horizontal loads as cars skid into corners on hot afternoons. At 40 feet wide (50 feet in the turns) and with 8-foot aprons, generous runoff areas, and barriers and guardrails set far off in the distance, the track is designed to minimize the threat of collisions.

“With respect to people who use [the club’s tracks],” says Wilson, “they’re not professional drivers, and they’ll have some very high-powered equipment. It’s inevitable they’ll lose control. We have to make it so the spin or off-course excursion results in getting back on track without damaging the car or driver. The single most important thing is to make the tracks safe.”

Tony Renaud, president of the Thermal Club—and a former vice president at ESPN (the TV in his office and the radio in his Cadillac Escalade both are constantly broadcasting ESPN channels)—foresees three classes of members: vintage-car aficionados, the Porsche Cup and Ferrari Challenge crowd (“They take their racing seriously,” he says), and the gentlemen and women racers, who have the cars and the desire but lack experience. The club will offer members individual and group instruction sessions, which will lead to open lapping on the tracks and actual racing with other members and staff. For additional practice, members can use the driving simulator in the clubhouse.

The Thermal Club’s majority owner, Tim Rogers, is the president of Tower Energy Group, a Southern California–based petroleum wholesaler and the parent company of the Tower Market convenience stores and gas stations in Northern California. He owns a Ferrari 458 Italia, a 458 Spider, and seven other exotics, and he fits into the gentleman-racer category. Rogers began planning the Thermal Club because he wanted a facility where he could drive his cars, store them, and maintain them, and he assumed there were enough like-minded auto enthusiasts to make such a facility viable.

Rogers enlisted Discovery Land Company, which is based in Scottsdale, Ariz., to develop and operate the Thermal Club with the same élan that is evident at the Madison Club, the Madison’s neighboring Hideaway Golf Club, and Discovery’s other premium golf clubs and private communities throughout the country. (Discovery Land Company also operates Baker’s Bay Golf & Ocean Club in the Bahamas.)

When Discovery came on board, planning began for the garage villas. After paying the initial fee of $85,000, a member can buy one of the building lots, which are located primarily around the perimeters of the tracks and are priced from $340,000. The club’s suggested designs for the villas feature Spanish-revival and desert-contemporary motifs. An observation deck overlooking the track, splash pools, and fire pits are among the amenities included in some of the standard floor plans. In each of those plans, the villa’s ground level is a multicar garage. Owners also can build custom designs. The cost of a standard-floor-plan 2,400-square-foot villa (the minimum size) built by Discovery Builders, a subsidiary of Discovery Land Company, starts at $650,000.

Once a member’s villa is built, the Thermal Club’s concierge service can fill the refrigerator before he or she arrives, make dinner reservations, or arrange for a private chef to prepare a meal at the villa. The track staff can have a car in the garage prepped for a day on the track. “No one does clubs at this high level better than us,” says Discovery CEO and chairman Michael Meldman. “We have infrastructure at the clubs: chefs, spa therapists, hundreds of employees. We’re also known through the desert.”